The Minnesota Department of Public Safety says 15 State Patrol squads were hit so far in February. 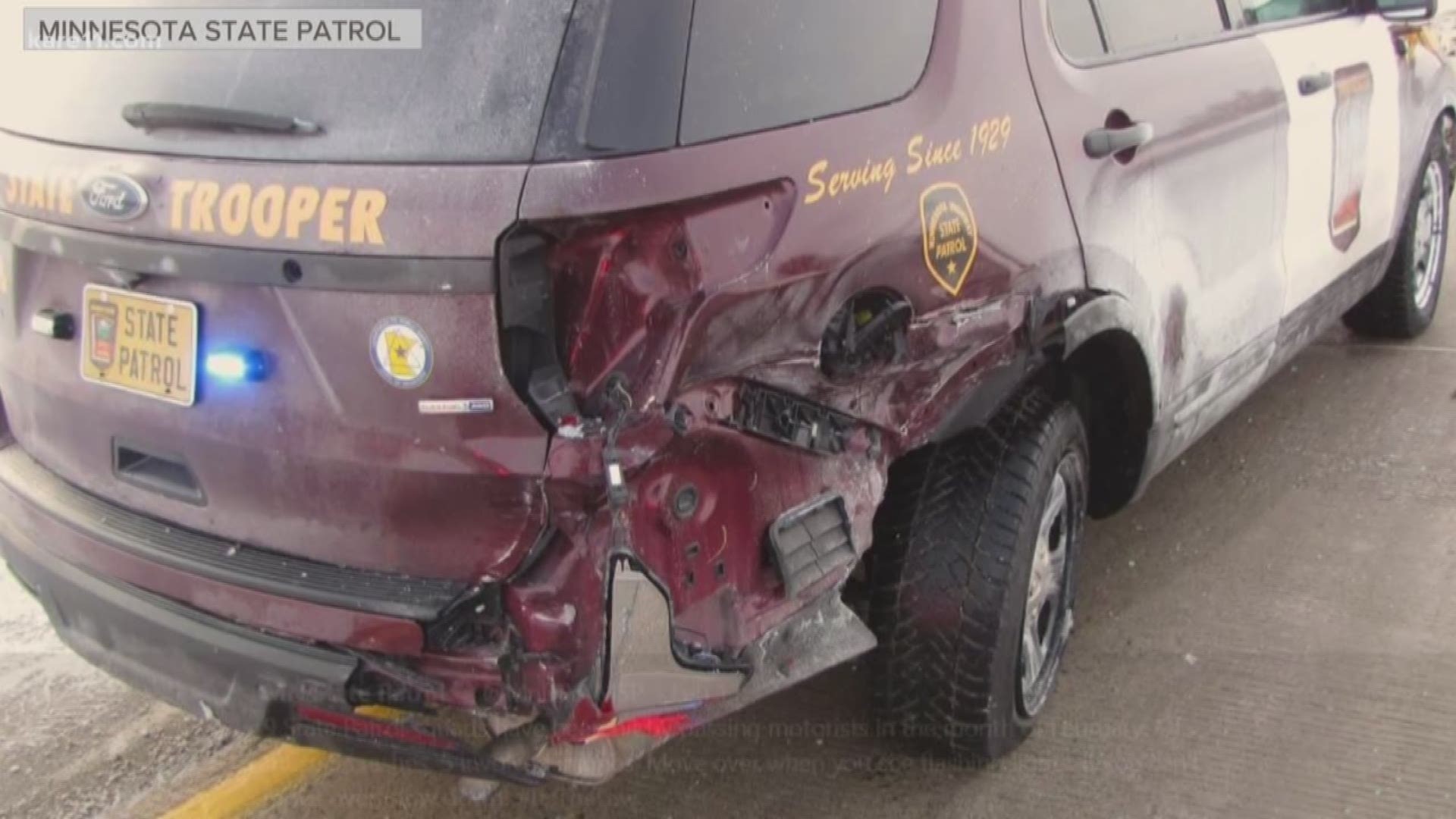 MINNEAPOLIS — As we round out a recording-breaking month of snowfall in much of Minnesota, the State Patrol says it's seeing an "alarming" number of squad cars hit by drivers.

The Minnesota Department of Public Safety says 15 State Patrol squads were hit so far in February. That's the most in any month of any year on record, according to spokesman Doug Neville.

The crashes from this month are still being investigated.

In total for 2019 so far, the department is reporting 22 squads have been hit on the roads.

Out of the 15 that were hit in February, eight troopers were injured, according to the Department of Public Safety.

"The high number of squads hit this month is alarming. The State Patrol reminds drivers to slow down, increase following distance and drive to the conditions," Neville said. "Minnesota law requires drivers to move over for emergency vehicles if at all possible. If it is not possible to move over, drivers should slow down and use cation when passing an emergency vehicle with its light activated."

Here's a breakdown of the total number of Minnesota State Patrol squad cars hit for each of the following years:

Flight diverted to MSP after people on flight have trouble breathing

Spring flooding could be worst in years