We now know that homelessness went up by at least 10 percent between 2015 and 2018 statewide. 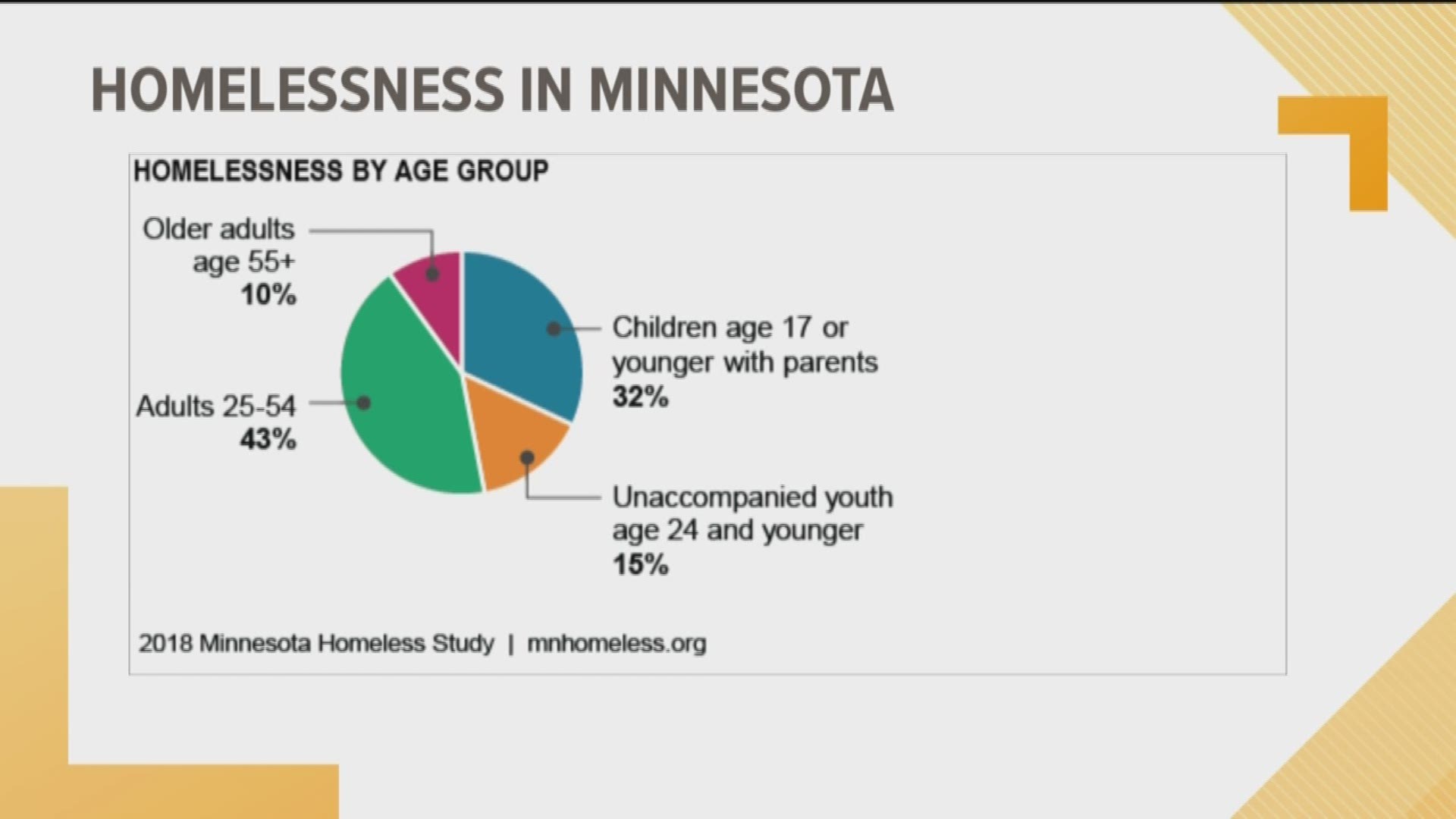 A new report from Wilder Research shows that homelessness is not just a Twin Cities problem.

According to the report, the homeless population is up across the state.

The latest numbers show homelessness went up by at least 10 percent between 2015 and 2018 statewide.

Last year, Wilder Research counted more than 10,000 people that were homeless in Minnesota. It's the highest total since 1991.

In Greater Minnesota, the research found a 13 percent increase in homelessness.

In the metro, a nine percent increase was found.

Mayors of both Minneapolis and St. Paul talk about plans for affordable housing.

Meanwhile, the temporary navigation center in Minneapolis is housing more than 130 people.

The report also says that the number of children whose parents are homeless has stayed almost the same since 2015.

Those children, and young people who are on their own, currently make up almost half of the homeless population, according to the report.

While adults 55 and up represent 10 percent of the homeless population, the age group increased in homelessness by 25 percent from 2015, the report said. This was the biggest recorded increase since 2015.

According to Wilder Research, the number of people in Minnesota who are not living in a shelter has also increased since 2015. That number has increased by 62 percent since 2015.