Governor Tim Walz declared this week as "School Bus Driver Appreciation Week" to recognize drivers who are exceeding expectations in the pandemic. 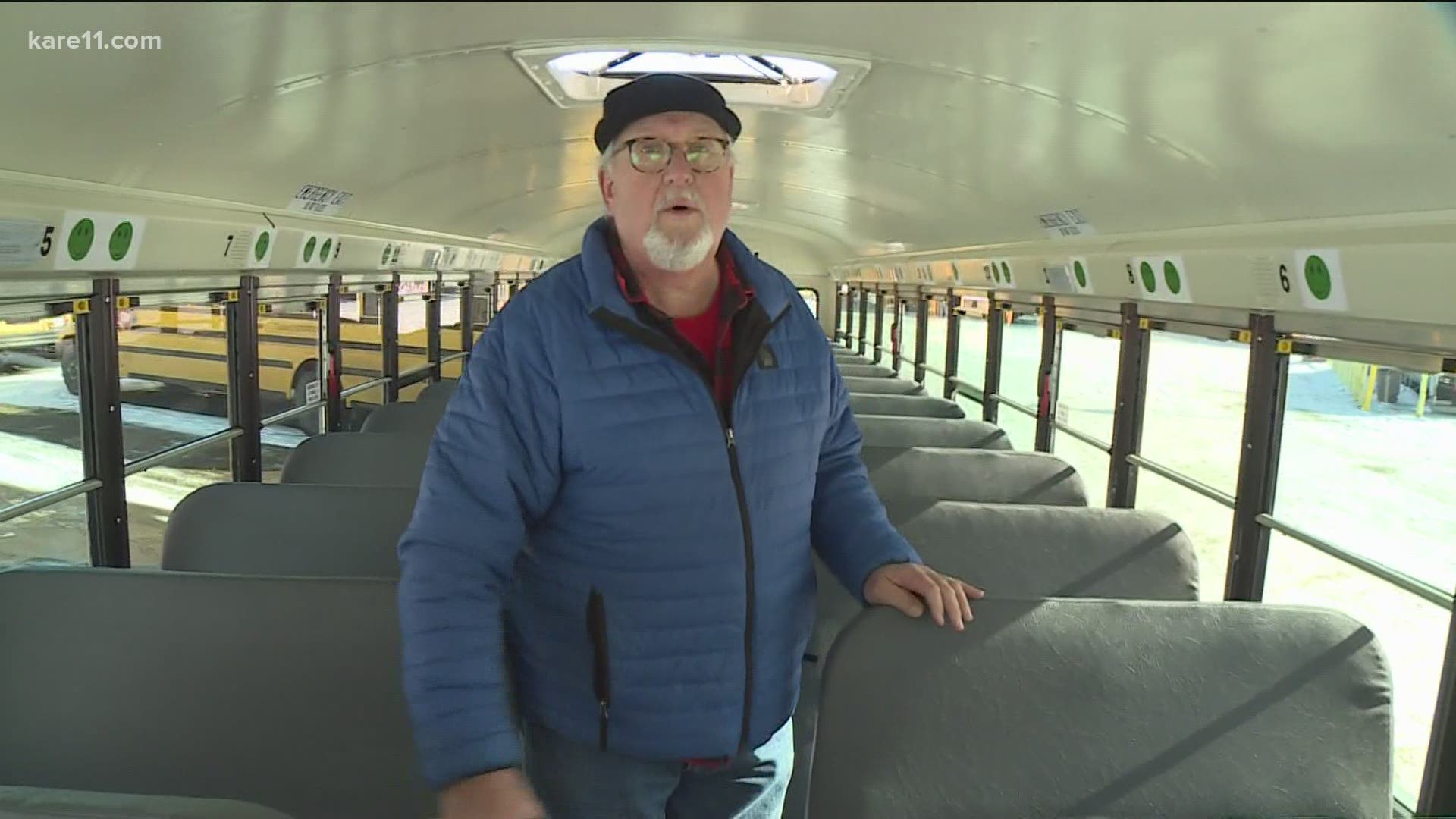 ST. LOUIS PARK, Minn. — Safety has always been priority for school bus driver Brian Ruhl, who took on the part-time job after retiring from another.

"There's actually about 170 different items that you really have to check on in the bus and in the motor compartment," he said.

During the pandemic, the responsibilities have only increased.

"It's a matter of making sure that those children as they board the bus have a face mask on, that the spatial distance between each child is correct," Ruhl said. "For instance, unless you are a sibling, you're not allowed to sit with two kids in the same seat.

He does it all with a smile.

"I had one young child a couple weeks ago who said, 'Driver when are you going to get me home?' He was upset with me you know and so I said, 'Listen, you're the next stop. I promise I'll get you home in five minutes,' and luckily I did," he said.

Ruhl is one of thousands of Minnesota drivers going the extra mile.

"I try to sing songs and that kind of thing just to make them happy," he said. "Or I'll ask them some very simple trivia questions."

When schools were not in session due to the pandemic, drivers delivered meals and distance learning supplies to families, providing Wi-Fi connections, and taking health care workers' and first responders' kids to daycare. To say thanks, Governor Tim Walz declared Feb. 21 through 27 as School Bus Driver Appreciation Week, which was previously a one-day event established in 2017.

"We've gone from in-person to hybrid to distance learning back to some hybrid and then in-person again," Ruhl said. "Our hours were impacted... but our company Park Adam Transportation has been really really wonderful to work with and they've done their very best to keep most of us employed and have paid us the appropriate amount of money to keep us here so for that I really do thank them for it."

Sunday night the I-35W bridge in Minneapolis was lit up in yellow to celebrate the drivers. Several drivers are also featured on Minnesota School Bus Driver Appreciation Week Facebook and Twitter pages.