Veteran bus driver Victor Smith of Monarch Bus Service explains the pros and cons of being a school bus driver. 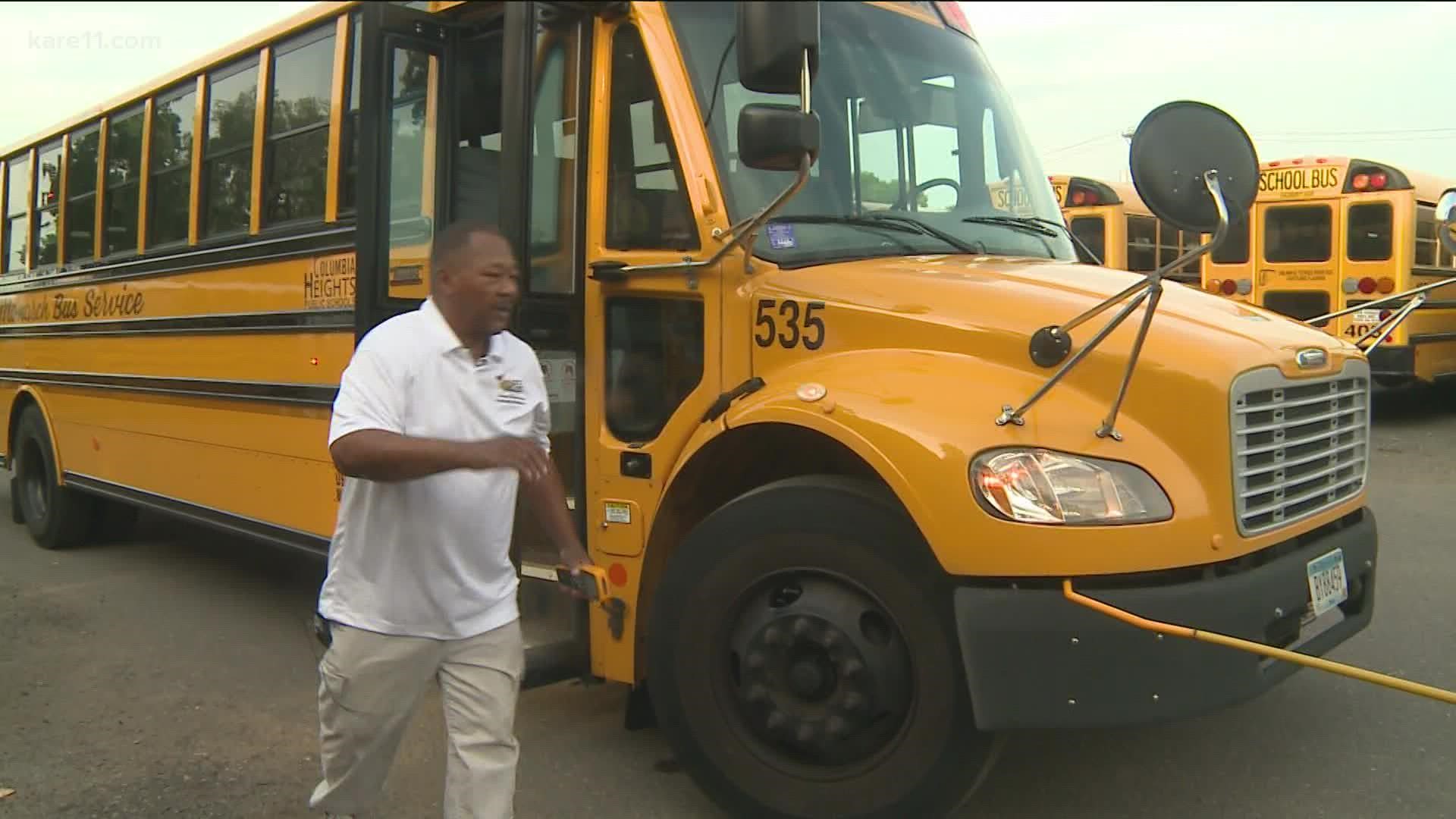 MINNEAPOLIS — Nearly every school district is short on bus drivers this year.

“You get to drive around all day, be outside all the time, meet different people, and make a difference in kids’ lives,” Smith says.

Smith has been a bus driver for 10 years.

He is a driver at Monarch Bus Service and says the best part of his job is being able to help kids.

“You have to have patience and understanding and be compassionate with them at the same time. I think that goes a long way. It calms them down to know that somebody cares,” Smith explains.

“A story I often share is this situation that involves another bus driver. He discovered that a little kid was being molested at home and he got involved and got the police involved. He went above and beyond and helped that kid and that just makes me so proud to be a bus driver,” Smith says.

He understands that the thought of driving a large school bus may be intimidating for some people, but he says you get used to it with a little bit of practice.

“You also have to watch the kids and make sure there’s nothing crazy going on back there, but you figure it out and you get the hang of it.”

He says drivers can choose between the morning shift, afternoon shift, or they can work both shifts like he does.

“This is a great opportunity to make some money after you retire, or if you’re getting ready to retire. You can still get your social security and also earn some money,” Smith says.

Smith says some companies also offering training programs that will prepare drivers for the job.