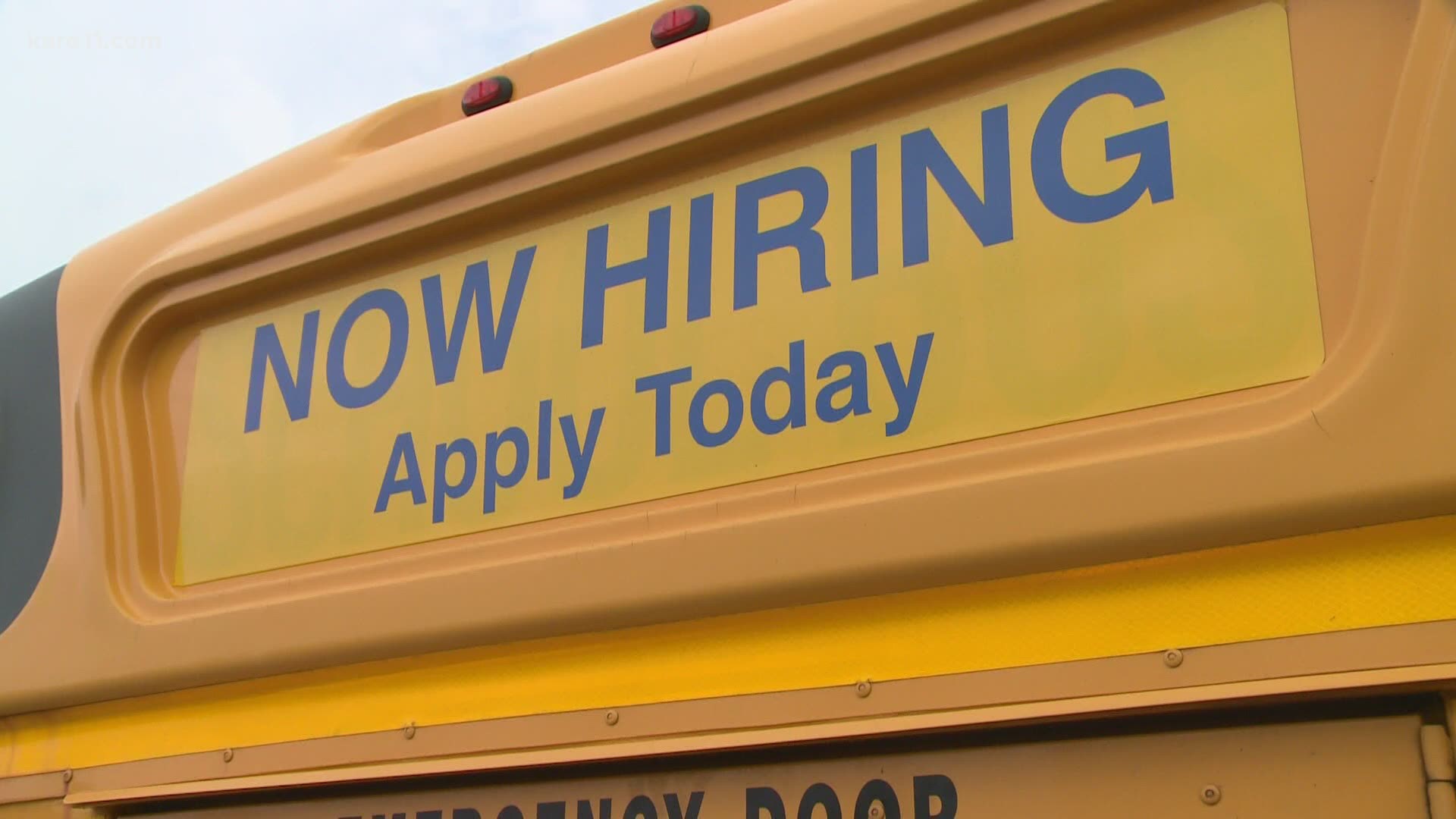 MINNEAPOLIS — With a few weeks before the new school year, bus companies are trying to fill all of its driver seats.

"Short story is we need a lot of school bus drivers," said John Thomas, President of the Minnesota Association for Pupil Transportation. He did not know how many drivers are needed statewide, but says companies want to fill all of their spots regardless if students are in a classroom or not.

"Even though you have school districts that are saying we're starting off in hybrid mode or you have St. Paul and Minneapolis that are starting off with distance learning, we need to have drivers ready to go at any time if the pivot changes," said Thomas.

He also said some existing drivers say they won't go back on the job because of safety concerns over COVID-19. He attributes that to many retirees who drive buses, an age-group in the high-risk category for contracting the virus. However, he said a lack of applications is being felt in general because of the virus.

"Historically, when you see the economy struggling like it is this year with unemployment very high and things like that, our applications usually go up because people are usually looking for some kind of job but because of COVID concerns and everything else going on we're not seeing those applications coming in," said Thomas.

First Student is holding career fairs and said it's short more than 100 drivers. It's also offering flexible schedules and a $1,000 bonus in some spots

Northstar Bus Lines is offering up to a $1,750 signing bonus.

Thomas says if you're interested in becoming a driver, call your local company.