Mount Everest climb canceled for local firefighter due to COVID-19

Scott Coffey had been standing by, ready to climb, but his hike on Mt. Everest was cancelled last minute when the Sherpas got sick. 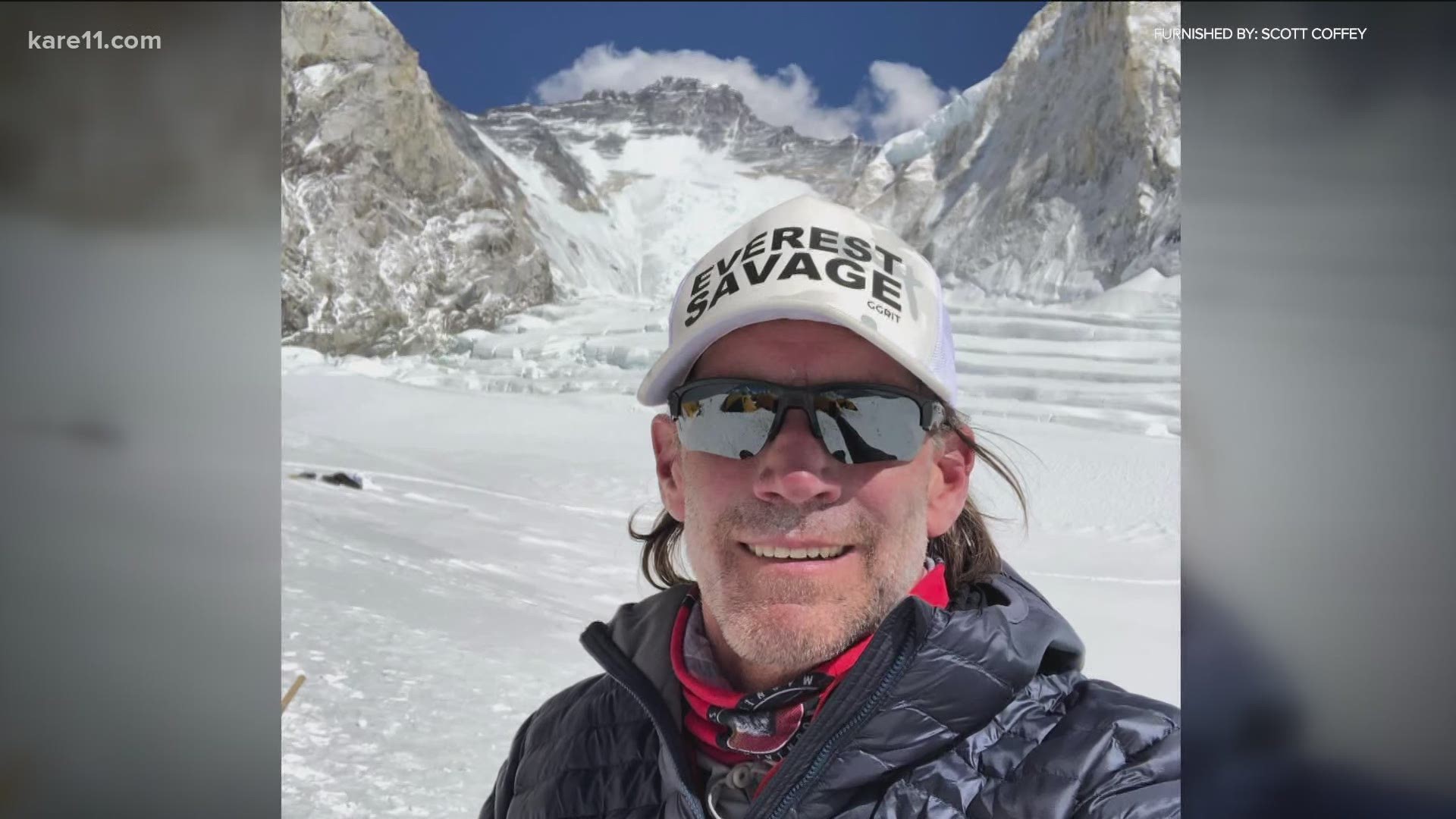 MINNEAPOLIS, Minn — For the past few months KARE 11's Alicia Lewis has been following Minneapolis firefighter Scott Coffey and his journey of climbing Mount Everest.

Our last update back in mid-May, Scott was about to summit Everest after spending two months training and acclimating at Base Camp.

Unfortunately, just moments before leaving things took a turn for the worst on the mountain.

"We were getting ready to go up and we were told we're leaving in the morning and then an hour later communication came that this was going on and was getting delayed, and unfortunately they had to cancel the trip at that point because there was no more support staff," said Coffey.

The Sherpas, who help guide the climbers up Everest, contracted COVID-19.

"While we maintained a good bubble for our climbers, the Sherpas had more difficulty doing that while they were going up and down the mountain getting things ready for us to summit," said Coffey. "Basically, all of them contracted COVID or had COVID symptoms up at Camp 2."

So just like that, another event canceled due to coronavirus.

"It was a lot of time, energy and expense and so very disappointing it was great to be there you know... another week would have been fantastic," said Coffey.

Out of pocket, Scott says he paid roughly $75,000 to climb the the more than 29,000 foot mountain. An expense he's hoping his trip insurance will cover.

On the bright side, Scott raised more than $11,000 for the non-profit Firefighters for Healing, which helps burn survivors and their families.

"I learned you have adversity you have to overcome and deal with it," said Coffey.