Sounds of Blackness is ready to "Lift every voice and sing"

The Minnesota Twins invited the Grammy award winning group "Sounds of Blackness" to sing the Black National Anthem. It's a first at Target Field. 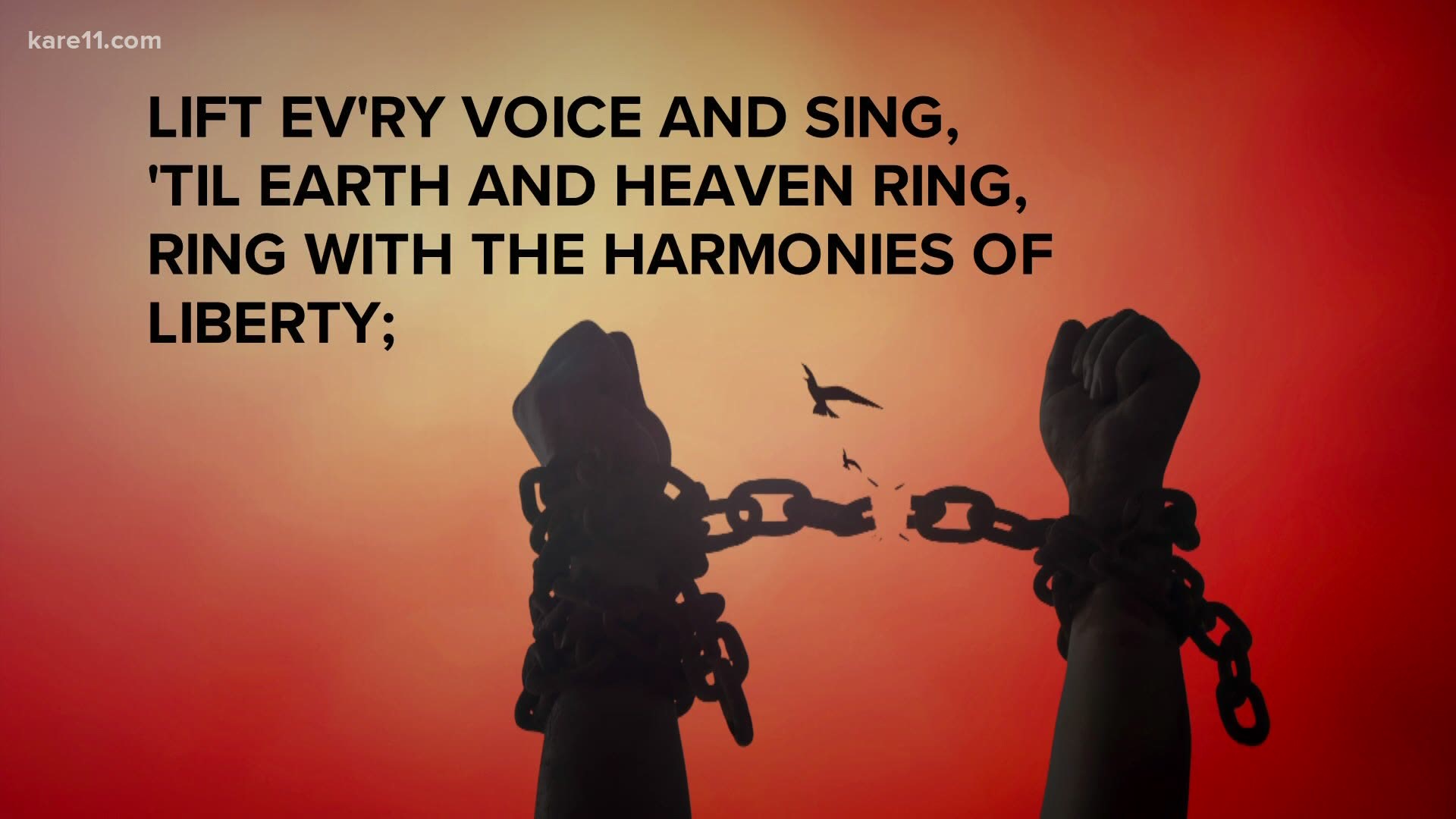 MINNEAPOLIS, Minnesota — For first time, the Black National Anthem will echo across the home of the Twins.

"For Sounds of Blackness, performing "Lift Every Voice and Sing" for the Minnesota Twins Home Opener is a Jackie Robinson moment. It's a first time, it's a ground breaker, it's a life changer," said Gary Hines.

Hines is the music director of the Sounds of Blackness, a three-time Grammy Award winning group from Minneapolis, known for powerhouse vocals with equally powerful messages.

"Lift Every Voice and Sing" is a song the group connects with deeply.

It was written by NAACP leader James Weldon Johnson and his brother John, right at the turn of the last century.

"They wrote it as a proclamation of victory, an anthem, a testimony for Black people here in America," explained Hines.

The musical director and producer is emphatic that the words resonate even more today:

"It's very relevant. It indicates the change that's in the air right now. People are sick and tired and enough is enough. The Minnesota Twins have taken a first step at really laying the groundwork for a historical moment," said Hines.

Hines also noted, "given the mood of the country and the movement right now for justice and equality, it's time for this to happen."