The Chapter 152 Bridge Improvement Program was created in 2008 after the 35W bridge collapsed, but that program has ended. 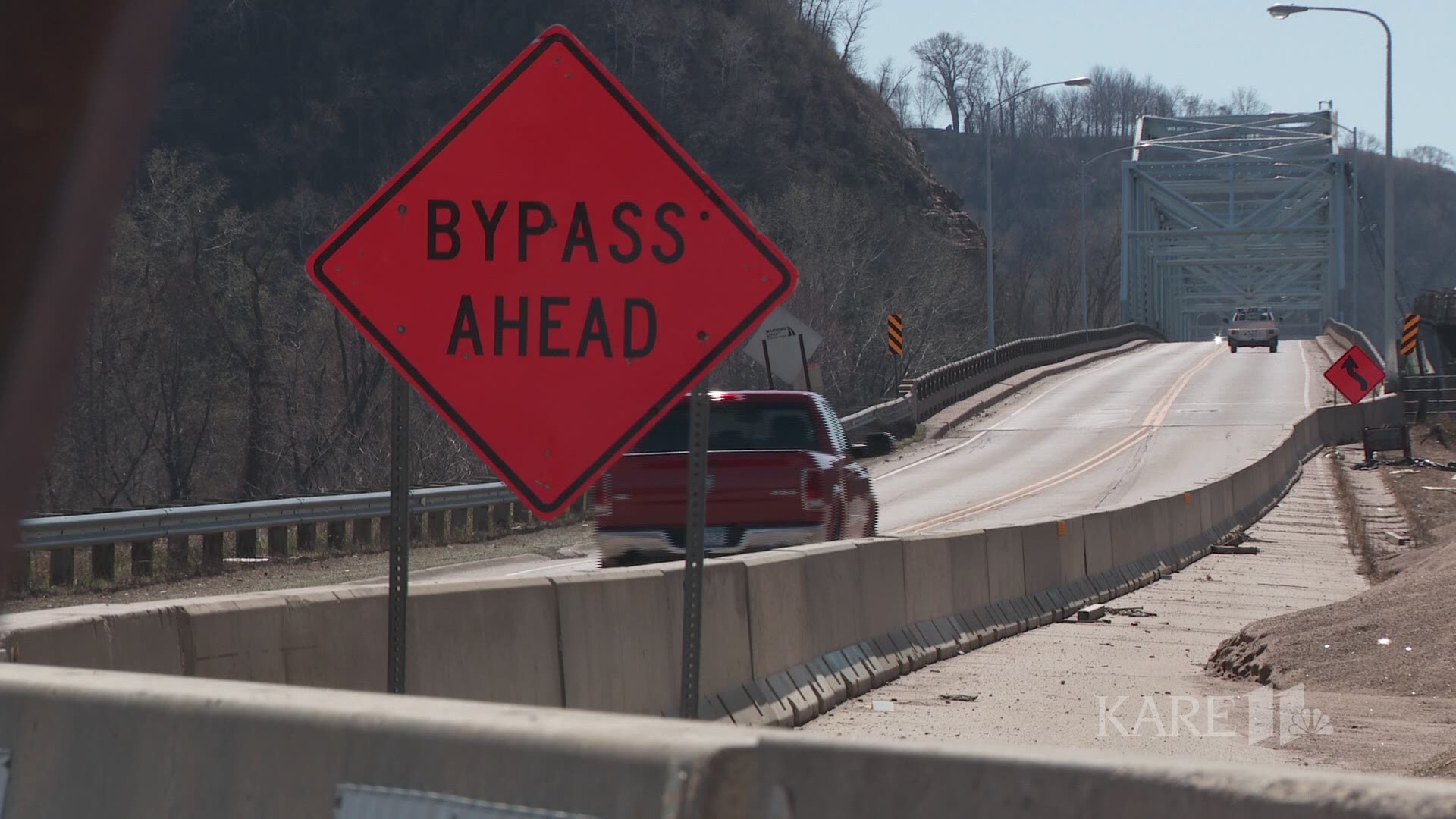 GOLDEN VALLEY, Minn. — If you drive over the Mississippi River in Red Wing, Minn., you'll be in the middle of a change. MnDOT and WisDOT are replacing the old Eisenhower Bridge, which is nearly 60 years old.

This bridge is a critical crossing for the region with thousands of cars and trucks crossing it each day. It's the only such crossing for about 30 miles.

The current bridge was deemed "fracture critical," meaning if one main component were to fail,the entire bridge could fall. So, it's time for a new one, costing just more than $60 million.

"We've had a lot of trouble with flooding," said project manager Mark Anderson.

Currently, the Mississippi River in Red Wing is just under 14 feet, according to the National Weather Service. Anderson says his crews need to wait until it recedes to 11 feet before they can place more tub girders.

"Span one and span three are set. They're waiting for the river to come down to set span two," added Anderson.

Flooding may be the biggest challenge with this project, but it's something Anderson is used to.

"I've been lucky since 2013. There have been some big projects that last few years so it's been nice," he said, referencing at least two other bridge projects in southeastern Minnesota, one in Dresbach and another in Winona.

These large bridge replacements are part of a larger fund that was approved by the Minnesota legislature in 2008. It's called the Chapter 152 Bridge Improvement Program.

It helped fund replacements mentioned above, including Red Wing's new bridge, and ones in Hastings, St. Paul and Stillwater.

According to MnDOT's final report on the program which was released in 2018, 172 bridges were originally identified as part of this program.

Funding replaced or rehabbed 136 bridges and $1 billion was spent on these projects.

The program expired last year, but remaining projects are finishing up, such as the one in Red Wing.

And more bridges will need more work in the future, and that's where the debate comes in over how to pay for them.

"The longer you put off making those reparis, the higher the cost gets and that's one of the challenges we have if we don't get this higher level sustained funding," said Nancy Daubenberger, of MnDOT.

MnDOT says right now it's able to keep up with demands of repairing and replacing bridges, but in the next 5-10 years that demand will increase dramatically.

So that's why it's citing Governor Walz's proposed increase in the gas tax. It's one of the biggest points of contention at the Capitol right now as Democrats and Republicans must pass a budget by the end of May.