There is no clear process to get the military honors some Special Guerilla Unit soldiers desire at their funeral. But a process to figure it out is underway. 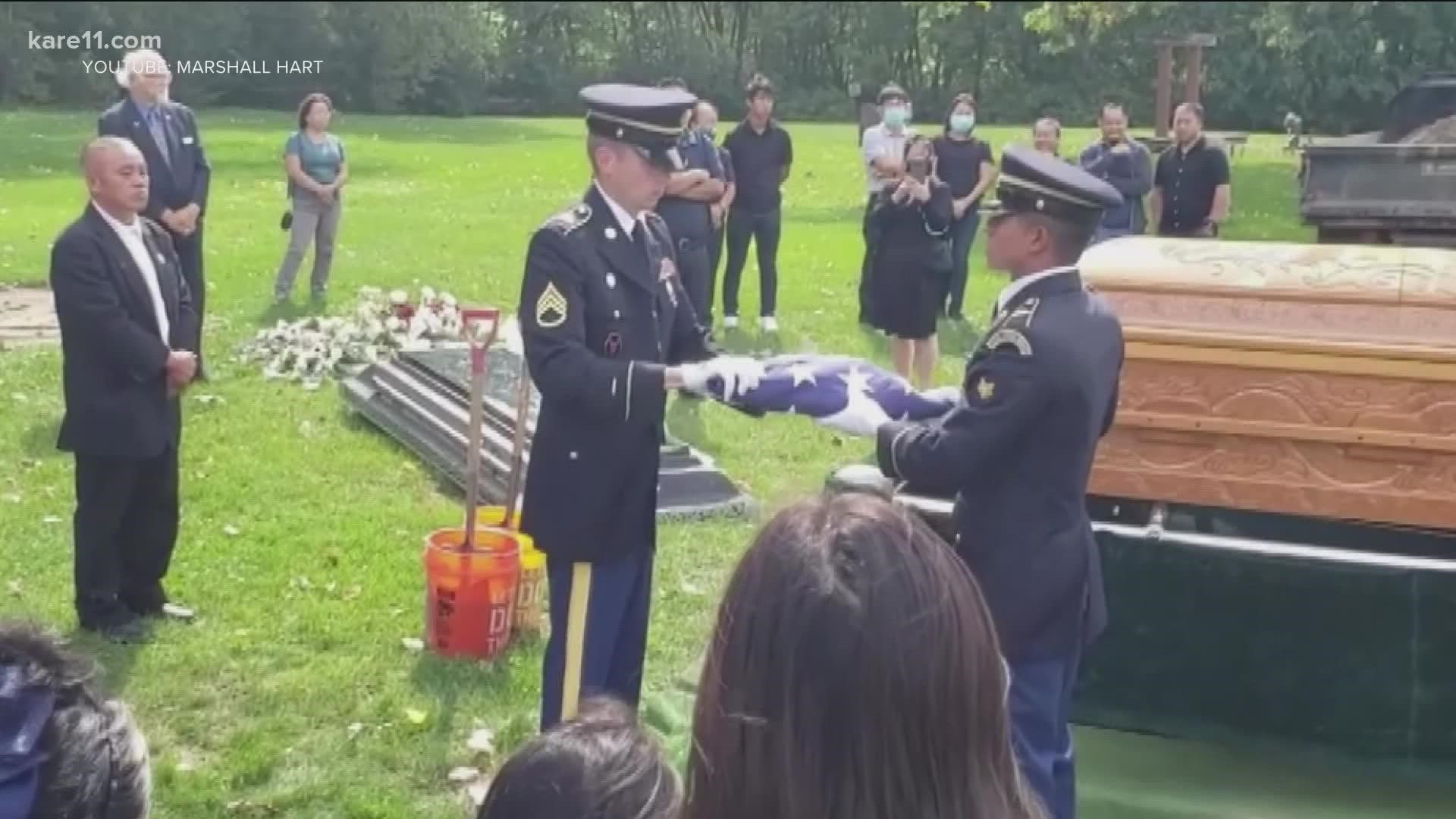 RAMSEY, Minn. — Special Guerilla Unit, or SGU, soldiers who served secretly under a CIA operation during the Vietnam War are aging and passing away. But we are learning there is no clear process to get the military honors some of them desire at their funeral.

That's not if one Ramsey woman can help it.

Anny Vang is the daughter of Wang Yang Vang. Wang Yang was a young man when he was recruited into the "secret army" in Laos that mostly consisted of Hmong.

The CIA conducted covert operations in Laos near North Vietnam where U.S. forces were forbidden to enter due to the 1954 Geneva Accord according to the Hmong Museum. The estimation is there were more than 19,000 men recruited according to the Minnesota Historical Society.

Anny said her father eventually became a captain among the SGU. He was one of the few who left his homeland physically unscathed, but the memories would haunt him.

"I know during Fourth of July we were taking him around town and we were like, 'Dad, did you want to look at fireworks?'  And he’s like, 'No I’ve heard enough of those kind of noises from the war,'" Anny said.

Estimates are that about 50,000 Hmong civilians had been killed or wounded in the war by the time the cease-fire and political peace treaty was signed in Paris in 1973.  It required the U.S. and all foreign powers to withdraw military activities from Laos.

Anny said her father returned to his farming roots when he arrived in Minnesota in the late 70s. He harvested a variety of vegetables for the Hmong community until his passing on July 23.

Anny said her father didn't talk about his time with the SGU much growing up. But they knew it was a big part of his identity. She wanted to find a way to honor that part of his life during his burial.

Anny and her husband began looking into if they could get the military honor guard at her father's burial.

"It meant a lot to me," Anny said. "It would’ve meant a lot to my dad if he was alive and he knew that he would be able to get that honor," she said, holding back tears. "I just don’t think that he knows that that was even an option or something that’s available."

But getting members of the Minnesota Military Funeral Honors to her father’s burial took about three months, untangling a mess of back-and-forth to local, state and federal agencies.

"Even with us being born here in the U.S. and our education levels, us trying to figure out where to start it was already really challenging," Anny said. "We called places and they would send us to another place and then you know we’d have to tell the story of my dad being SGU soldier and not having too much to go off with, with proofs," Anny said.

Her father didn't have documentation from any federal agencies that he had lived and breathed that war. Remember, the SGU were secret group of fighters.

"They’re not in that database, so that’s where it was kind of like a dead end," Anny said.

No paperwork made it all the more difficult for Anny's family and Chris Vanhofwegan, Minnesota’s Military Funeral Honors Coordinator.

"There’s no master list, so that’s where my struggles are right now so, there is no master list," Vanhofwegan said. "It’s tough because there isn’t a unit, but yet there is," he said.

With help from Anny, he's starting to build a list or database. He hopes to create a streamlined process for the estimated 5,000 SGU veterans alive in the country. He said this would be a one-stop agency for SGU families to go to.

"It’s just a matter of someone needs to push," he said. "I’m willing to push."

Other state military funeral honors organizations are keeping a watchful eye on what Vanhofwegan is working on.

"To have us be looking into this is very important because California is asking me questions because I know the coordinator there, and the gentlemen in Wisconsin is also asking questions," Vanhofwegan said. Both states have a significant SGU population.

"They were willing to put their lives on hold for us, meaning the whole country and for us to go and do this which doesn’t cost them anything I mean to me is a no-brainer," Vanhofwegan said. "They’ve been acknowledged that they’re a group of folks that should get honors we should be giving them honors so how do we make it easy for them to get those honors?"

Some SGU families are interested in burials at national cemeteries. It can be done because of a 2018 bill signed by then President Donald Trump.

Wa Houa Vue is buried at Fort Snelling National Cemetery along with a small handful of other SGU veterans. His headstone reads "SGU Laos."

According to a Veterans Affairs document, there's eligibility criteria that limits who can take advantage of being buried at a national cemetery. One of those criteria is the person has to have been naturalized after 2000.

But there is currently legislation working its way through congress to amend a section so no matter when SGU veterans were naturalized, they can be honored.

What about the lack of paperwork for some SGU soldiers?

California Rep. Jim Costa's office said SGU veterans will need to contact SGU offices within their area. Spokesperson Anthony Camacho said each state has one SGU charter group and the SGU National Headquarters is in Minnesota. However, it's unclear which groups are designated as such. The congressman's office pointed to the VA website for eligibility of burials. The burials do not include approval for honor guards at a funeral.

Anny's father didn't want to be buried at a national cemetery. He wanted to rest next to his wife in Minneapolis. She passed away in February.

It's unclear what pushed Anny's father's case through to allow for the military honors just a week and a half before his October funeral. But Anny showed us a single certificate they dug up in his items that was signed by congressional lawmakers in 1998 that could've been the key.

The SGU fighter lived out his remaining days in the peace and quiet of the farm. Little did Wang Yang know, it would be his daughter now fighting for him and many others.

"I hope that it would be just a way to open the doors to allow SGU veterans to get honored for their role and what they sacrificed," Anny said.

If you want more information about the database being created, contact Chris Vanhofwegan via email at bastian.c.vanhofwegen.civ@army.mil. 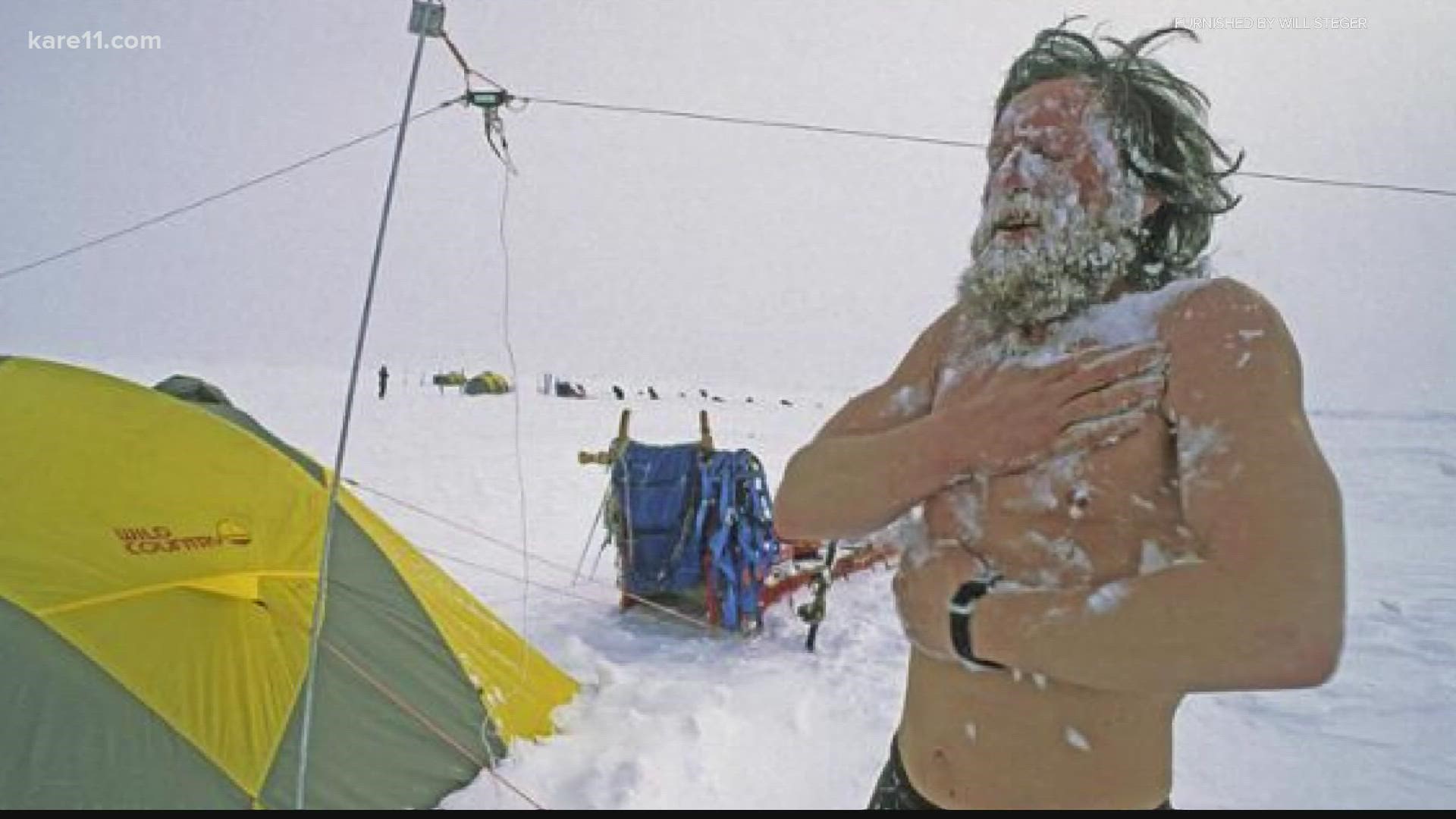