Agencies across the country, including the LAPD, are using a device developed here in Minnesota. 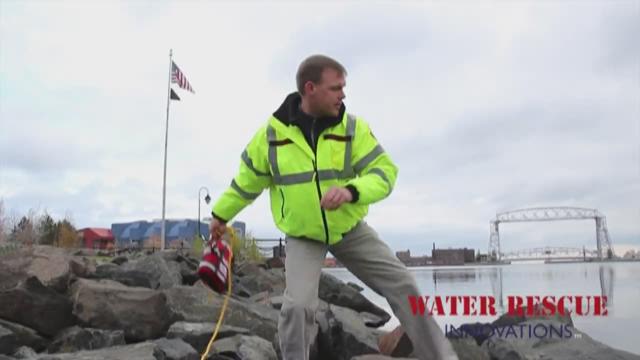 Every winter we've had to share heartbreaking stories about people falling through ice and drowning in cold water. This season, there's something new that could help save your life.

Agencies across the country, including the LAPD, are using a device developed here in Minnesota.

Connie Sylvester is the CEO of Water Rescue Innovations in Duluth, where the product, ARM-LOC, is for sale.

If someone is conscious in the water, rescuers can throw the ARM-LOC to the person. The person can put it on their arm and pull a cord, deflating the device and locking it into place. The device is attached to 75 feet of rope. Firefighters pull the rope, which pulls the person out of the water.

If the person is not responsive, firefighters can attempt to put the device onto the person's arm themselves and finish the rescue by inflating the ARM-LOC and pulling the rope.

When the person in the water pulls the device close to their chest, the device helps them float.

St. Paul Fire Training Officer Jovan Palmieri says firefighters were using a rescue bag that has a ball on one end and a throw rope on the other. Just like with the ARM-LOC, rescuers throw the bag. However, they have to ask the person they're trying to save to wrap it around their arm because, being in cold water, people most likely don't have the strength to simply grab hold.

Palmieri says all St. Paul firefighters are going through a refresher training using the ARM-LOC and should finish by the end of the year. He says they will be able to use it in real emergencies shortly thereafter.