Students get to 'be themselves' in social justice classes

After worrying about the kids caught in the middle between two cultures, Brooklyn Park teachers have found a solution. 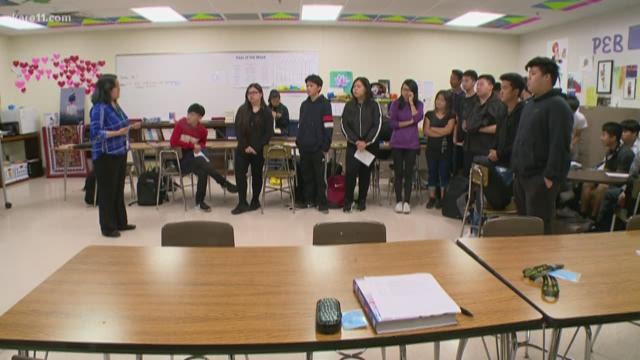 Chayeng Yang is a senior at Park Center Sr. High in Brooklyn Park. We met him in his Hmong for Native Speakers III class on a Monday morning.

“This is my favorite class because, I get to be myself!” Chayeng said.

Contrary to the title of the class, it isn’t about learning how to read and write in Hmong.

“Hmong III isn't just about learning our language, it's about sharing our thoughts and feelings and being yourself,” Chayeng said.

His teacher, Pang Yang, is busy giving classroom directions in both Hmong and English. She said she’s excited because this is the first kind of 'social justice class' for native Hmong speakers at the school. Pang said it’s about inspiring kids to do more.

“These students are lost in the middle,” Valerie said. “They have one foot in their families culture and tradition and probably grew up with Spanish as their first language, and then went to school and English as the language of instruction, they didn’t get literacy work in Spanish,” she said.

Valerie said she wanted to help these students, so she researched how other programs, like one at Roosevelt High School in Minneapolis, were serving their students. She said the model there was social justice and identity work. The class had a mentor, working with the University of Minnesota. She said there was an emphasis on Youth-led Participatory Action Research, or YPAR.

According to the YPAR Hub based at the University of Berkeley, it “is an innovative approach to positive youth and community development based in social justice principles in which young people are trained to conduct systematic research to improve their lives, their communities, and the institutions intended to serve them.”

Valerie’s Spanish for Native Speakers III class launched last year. She said in the first year, students learn to understand their unique backgrounds. Then in the second year, they learn about how they and others like them fit or don’t fit in the community. They also identify issues that are important to them and their community.

“In the third year, how can a young person be an agent of change,” Valerie said. “Last year, I took it on with the year three classes, with about 24 students, and fumbled my way through, as any time you do something for the first time”.

But if you talk to anyone taking her Spanish for Native Speakers II, the students feel empowered.

“I'm really excited to be a voice for people who are just like me,” said Jessica Morales Orihuela.

Pang is hoping it’ll be a similar story for her Hmong students.

“I think without this, I feel like they are going to be lost in the shuffle,” Pang said. “But with this course, I know that I’m going to be developing a lot more resilient students and students who have the tools to be active participants in our communities,” she said. 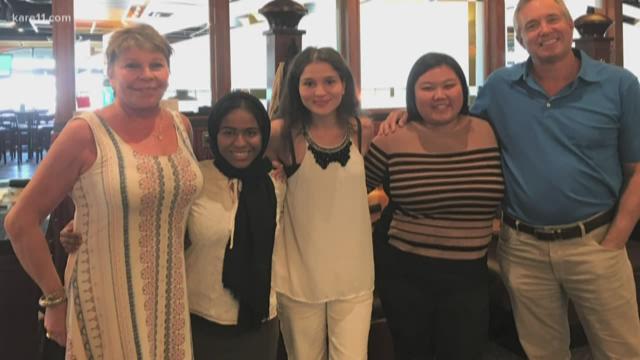