Here's what you need to know heading into Monday.

Minnesota veteran killed while on vacation in Mexico

A family has many unanswered questions after a Minnesota veteran died while on vacation in Mexico. Artem Moskovkin's family said the 30-year-old Prior Lake man was found unconscious on Saturday. His brother, Igor Moskovkin, said Artem died a violent death and had broken ribs and punctured lungs. But he said the family doesn't have any answers, because Mexican police didn't even start looking into it until another brother flew in from Minnesota. Artem was vacationing with a friend and his family and staying at an all-inclusive resort on the Riviera Maya, according to his brother. They thought Artem went to sleep in his room at midnight, but workers Saturday morning found Artem unconscious in the resort gardens.

11-year-old Shianne Dean is in critical condition following multiple surgeries after she was hit by a car while getting off the school bus on Friday. The accident happened at the intersection of Penn Avenue North and 23rd Avenue North. Police arrested the driver, who they suspect was impaired at the time of the crash. "She's a fun-loving girl. Always smiling. Really helpful," said her mother LaTonya Williams. "She's a fighter." There are questions about the bus' stop sign, which witnesses say did not come out at the time of the incident. Officers say that is part of the investigation. 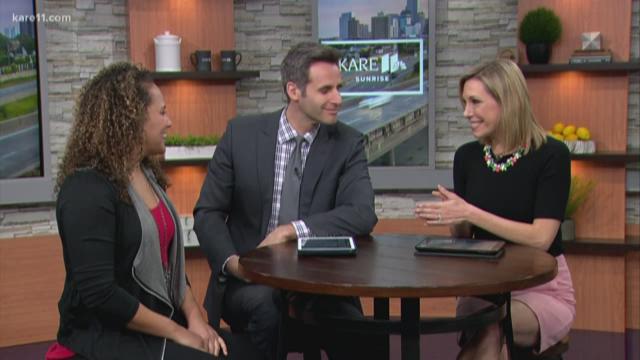 A South St. Paul teacher has been named Minnesota Teacher of the Year. Jessica Davis is the 55th recipient of the prestigious award. Davis has been teaching since 2006, first at Harding High School in St. Paul, and since 2009 at South St. Paul. “Every student deserves to be empowered by their own voice and elevated to their highest potential,” Davis said. “Most important, they deserve educators who want the same.”