The metro-based home and garden company grew more than 60,000 poinsettias for the holiday season this year. 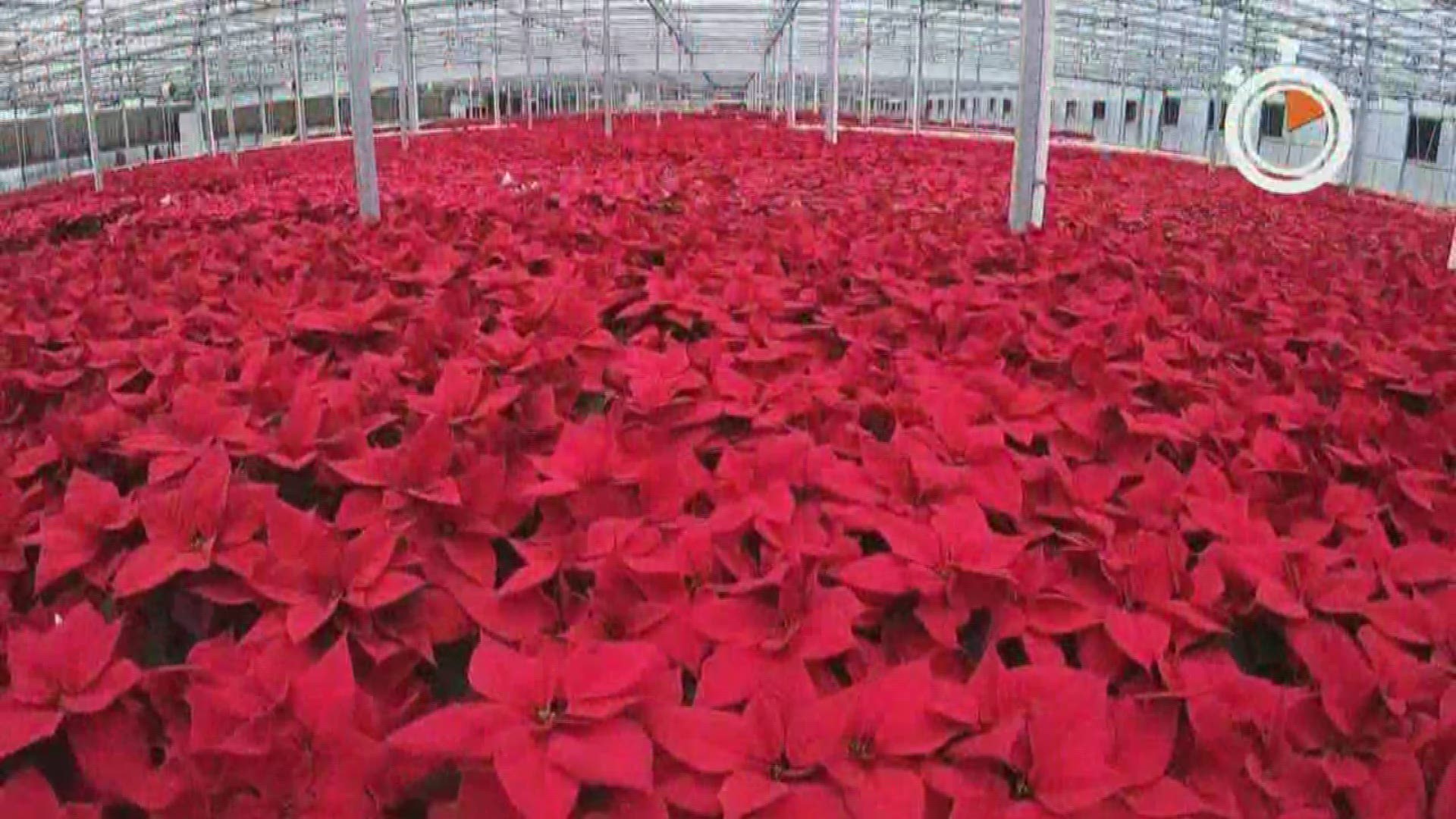 FARMINGTON, Minnesota — It's the holiday season, and what else could get you into the spirit than poinsettias?

Bachman's grows them annually at its greenhouses in Farmington, and usually starts the process in May. It grows and sells more than 40 varieties, including sizes ranging from a 2" mini plant to a 4' tall tree.

85% of poinsettias grown at Bachman's are distributed at Bachman's stores, and the other 15% go to churches and other groups for fundraisers.

Poinsettias come in a bunch of colors, but at Bachman's red ones are the most popular, which make up about 65-70% of those sold. The second most popular color sold is white. And third, pink.

Some history about the poinsettia: Joel Roberts Poinsett, who was a U.S. ambassador to Mexico, introduced the poinsettia to the U.S. around the year 1835.