Survey: Millennials want financial independence, but still get money from their parents

Some millennials even lean on their parents for money into their 30s, according to the report. 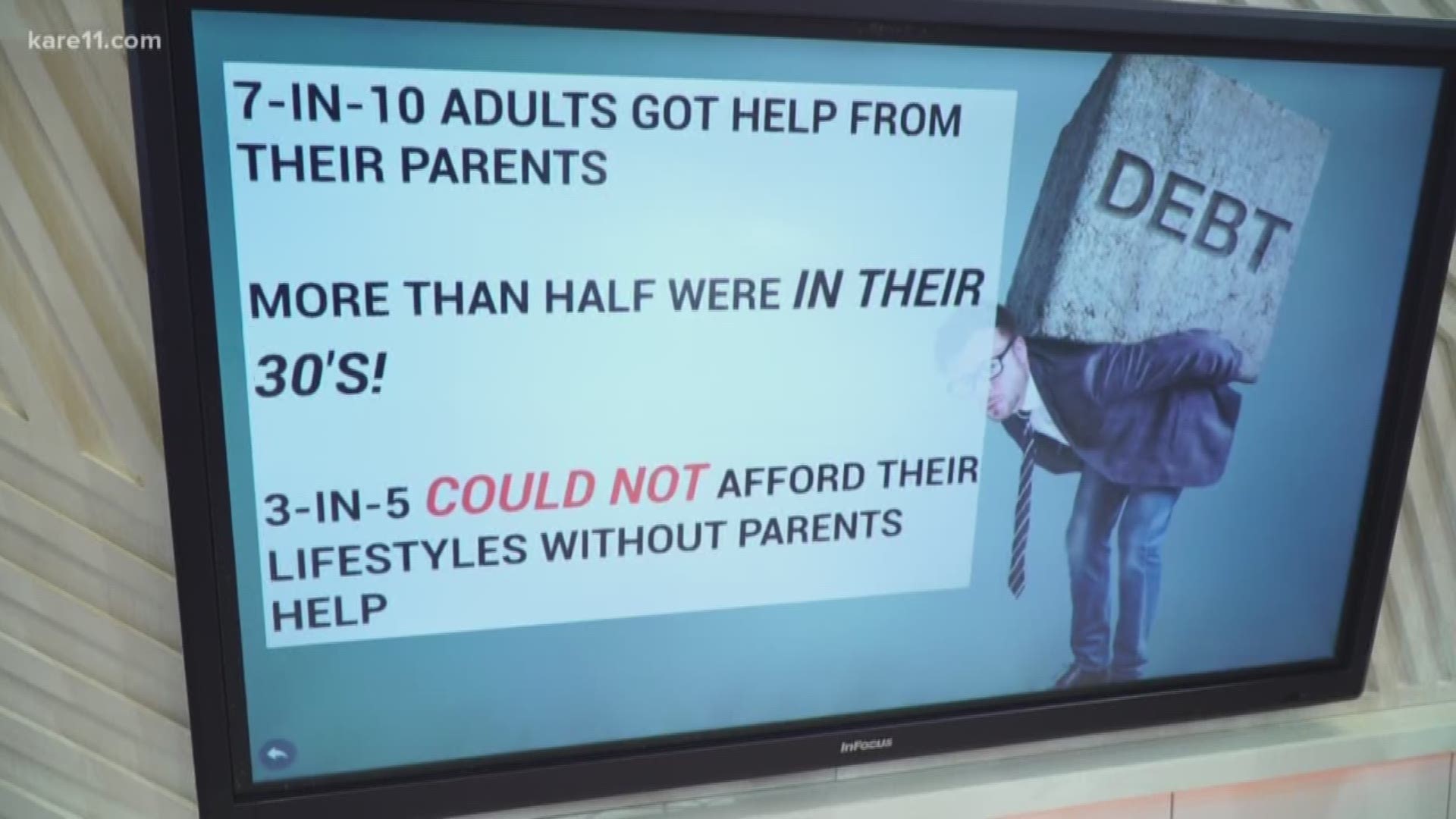 From making your own doctors appointments to paying your rent, there are plenty of ways to mark adulthood.

But a recent survey found that for millennials, a major part of adulthood involves financial independence, something the age bracket struggles with.

The study from Merrill Lynch/Age Wave found seven out of ten adults between ages 18 and 34 received financial support from their parents in the past year.

But at the same time, millennials also indicated that they want to be financially independent, according to a USA Today report.

The level of assistance parents provide their children varies, from helping pay a cell phone bill or groceries, to bigger-ticket items like a down payment on a house.

According to the survey, two out of five young adults who own homes got money from their parents for a down payment.

According to a spokesperson for Merrill Lynch, debt is one of the biggest obstacles to financial independence facing young adults.

Four out of five early-adult households carry debt, according to the Survey of Consumer Finances.

Student loans and credit cards are two major debt sources for young adults. The average loan balance for someone graduating with student debt is $36,888, or a $371 monthly payment over 10 years, according to Age Wave calculations.

For people with credit card debt, the average credit card balance is $3,700, and more than half struggle to pay it off, according to the Survey of Consumer Finances.