A new study shows on average earth has gotten less green over the last couple decades. 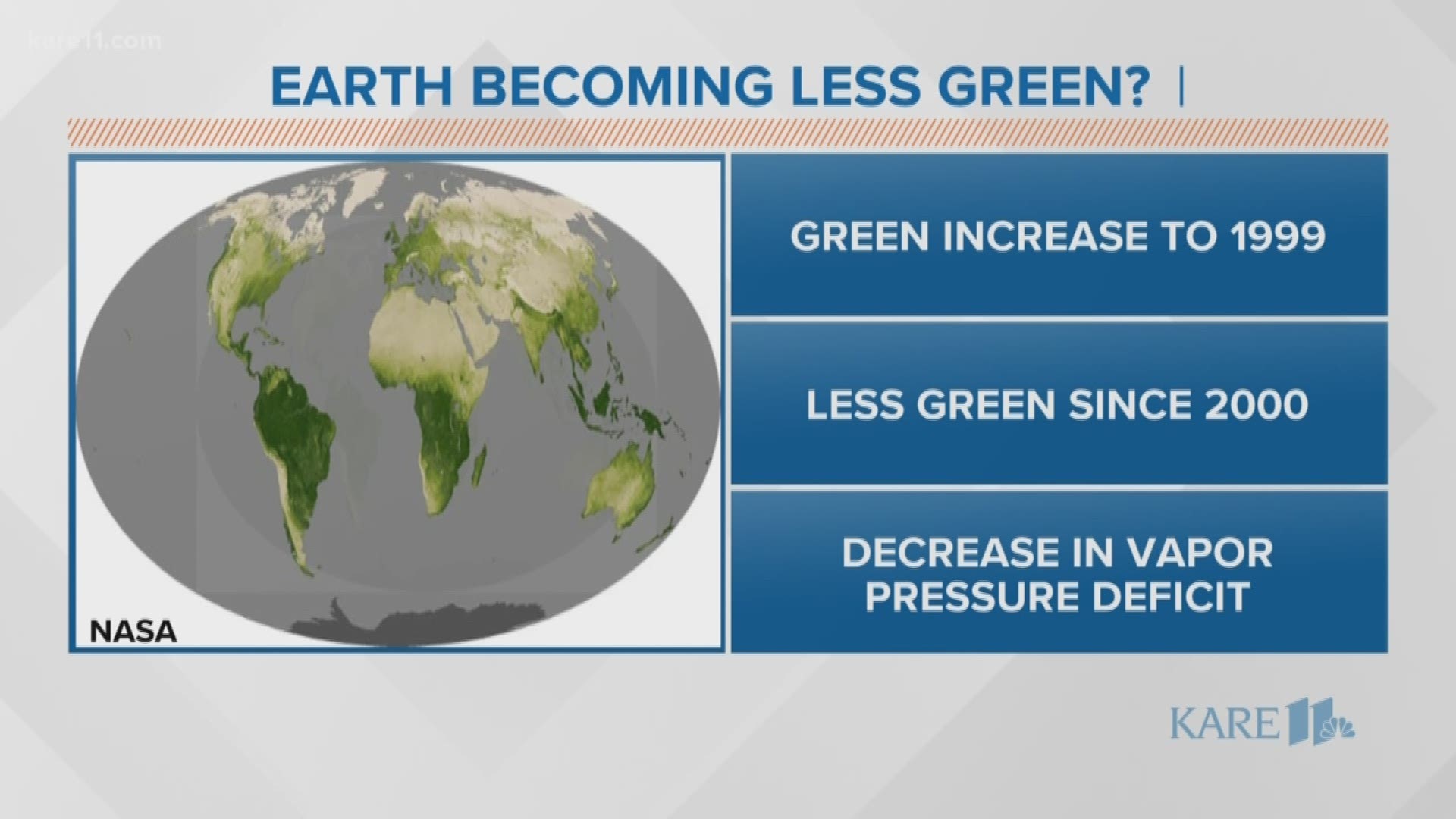 GOLDEN VALLEY, Minn. — A new study of satellite imagery over 40 years has some disturbing results. The study was published in ‘Science Advances’ recently.

Up until the late 1990s, Earth was getting greener (on average), the theory being, that increased CO2 emissions (carbon dioxide) by humans helped plants initially. Where animals need oxygen, plants and trees need carbon dioxide. As earth has been warming, however, evaporation of water has not quite kept up. The change scientists have monitored is ‘vapor pressure deficits,’ similar to relative humidity.

For example, while there may be more total water in the air as air warms, the RELATIVE amount (compared to what the air can hold at a given temperature) can go down.

Here’s a good example: Take an 80 degree day with about 11 grams of water (per kilogram of air) that equates to 50% relative humidity. That means the air has about half the water in it that it can hold at that temperature. If you warm the air up to 90 degrees, let’s say, you can have 13 grams of water, so more total water, but the relative humidity drops to 43%. That means increased evaporation.

RELATED: How much ice is Greenland losing this summer? Enough to flood Pennsylvania

That relativity of water is important to plants because the lower the relative amount of water, the more a plant loses water through its leaves, evapotranspiration, requiring the plant to draw in more water from its roots. This stresses plants & likely causes them to decrease plant growth. The result, is that on average earth has gotten less green over the last couple decades just when we need MORE greenery to help combat increasing carbon dioxide emissions.