The book, Swede Hollow was released in Sweden a few years ago, but was just translated into English and is being released in the U.S. 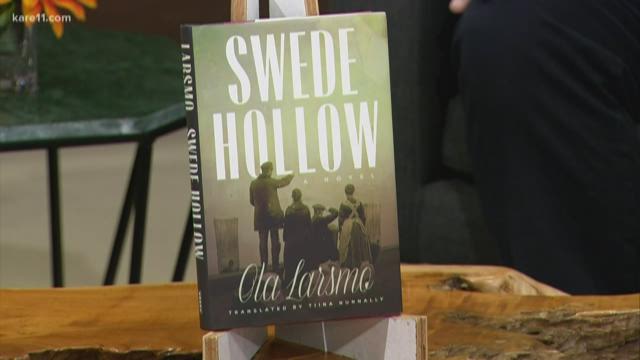 A Swedish settlement in a St. Paul neighborhood is getting attention in a new book out by Swedish author Ola Larsmo.

The novel is based on stories of Swedish immigrants who came to American in the late 1800's. It details the struggles families went through leaving Sweden, and settling in Minnesota. Specifically, the "Swede Hollow" area, a ravine on the east side of St. Paul.

"There's such a multitude of stories that might have focused on the stories of success, but the other people didn't manage, they're also part of Swedish and American history and I think we owe it to them to listen to their stories," said Larsmo.

Larsmo is in Minneapolis this week promoting his book and revisiting the neighborhood. If you'd like to watch his interview, head to the Sunrisers Book Club Facebook page. Here are a list of event that are open to the public: