Snugged in the Root River Valley with a mix of rolling countryside and limestone bluffs, Lanesboro is the "Bed and Breakfast Capital" of Minnesota. 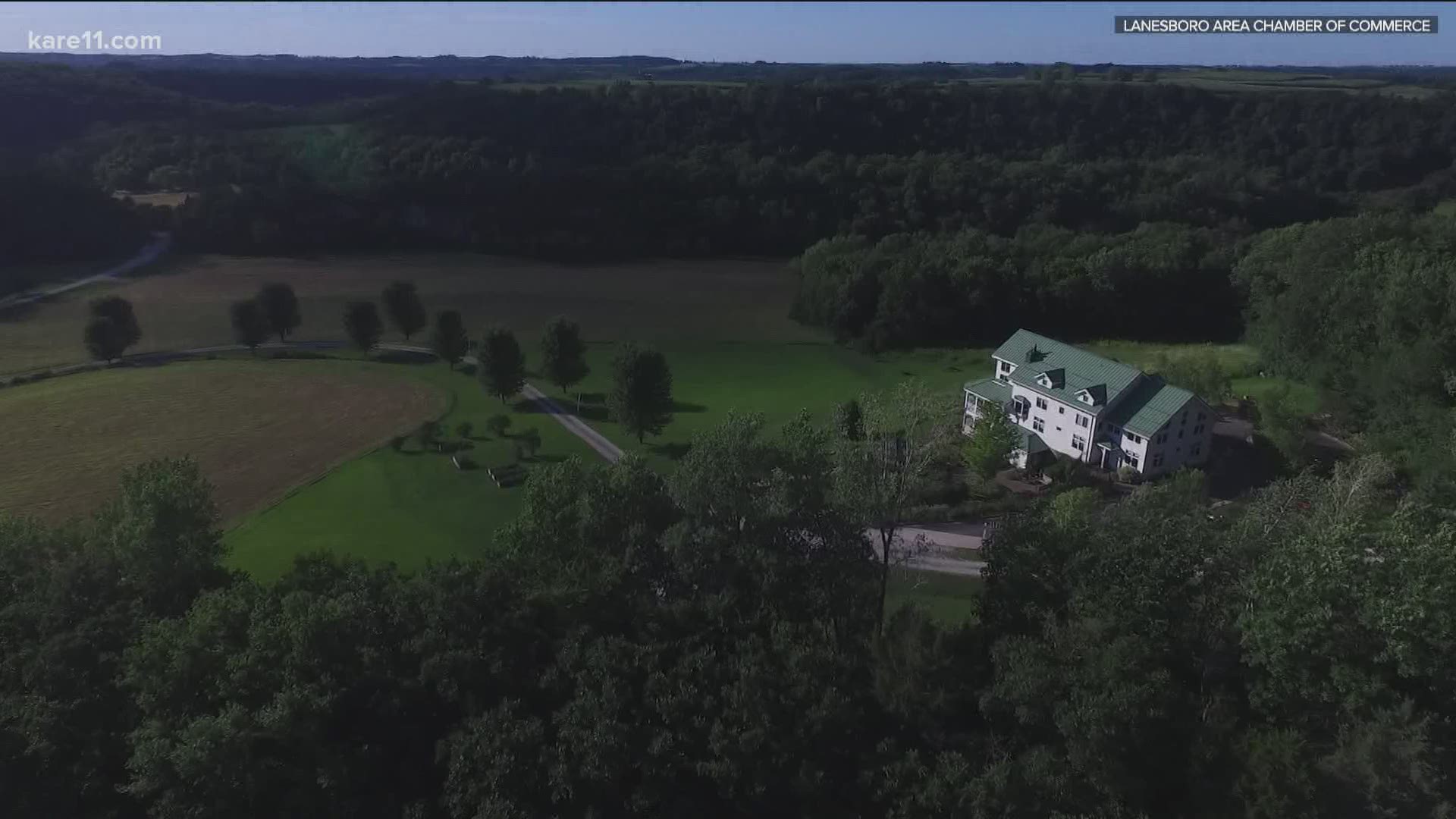 It's snugged in the Root River Valley with a mix of rolling countryside and limestone bluffs.

Our first stop is the Lanesboro Historical Museum to talk to director Sandy Webb.

"There was a group of entrepreneurs from New York State who had discovered that the plans to build a railroad included coming through the Root River Valley," Webb said.

She said the entrepreneurs came looking for land and figured out they could build a dam for electricity. In 1869, Lanesboro was founded.

"When the railroad stopped in 1978, the DNR had already been thinking about 'Hmm, what can we do with these railroads lines?'" Webb said.

The Root River State Trail was created. It's 42 miles of impeccable biking. In the winter, parts of the trail are groomed for cross country skiing. It runs along the river, and generous fisherman might share that the area is the best trout fishing in the state.

The main street runs through a historic 19th century downtown with buildings renovated into modern businesses. The Lanesboro Area Chamber of Commerce is proud that no businesses have been shut down during the pandemic. In fact, it said a couple of new businesses opened up, including Sylvan Brewing. It's the first brewery in Lanesboro in more than 100 years.

Looking out from the brewery, you can't help but notice that the city loves the arts.

The Commonweal Theater Company has been around since the late 80’s.

"There’s a significant amount of people who sing and act," Webb said. "There was a program called Over the Back Fence that’s been going for 25 years, it’s almost all local people," Webb said.

If you’re visiting Lanesboro, there is no shortage of places to stay. Lanesboro is designated as the Bed and Breakfast Capital of Minnesota.

The Historic Scanlan House Bed & Breakfast Inn is the first log cabin erected on the site of present-day Lanesboro in 1856 by John Scanlan Sr. His family is known as the founders of Lanesboro.

If you're interested in a bit more seclusion, all you have to do is drive five minutes to rural Lanesboro, to another B&B called the Sacred Clay County Inn. It’s closed for the rest of 2020, but they plan to reopen in early 2021.

Fred Kiel is the co-owner of the Inn, and was gracious enough to open his doors and give us a tour.

"Sits on 103-acres of lovely organic farmland and woods and trout stream that’s one of the best in the upper Midwest," Kiel said.

Kiel tells us about the timber frame construction for the four story, 9-bedroom home, the old shed turned wedding venue he now has out back, and why he marvels at living here.

"I wake up in the morning and sometimes there would be a flock of wild turkeys marching up my driveway and other time deer and I saw a fox one time jumping through the snow to get mice," Kiel said.

Now back to where we started, just outside the museum, you'll find a peculiar object. A phone booth is treasured in this town and there was a bit of hoopla when it was moved once. If you pick up the receiver, you can hear stories of the town’s history.

"All these stories are part of the human mix and the human celebration of this is who we are and we like being in this community together," Webb said.

11 Things to do in Lanesboro: