The Celeste Hotel is re-imagining the kind of weddings they can offer to help people tie the knot. 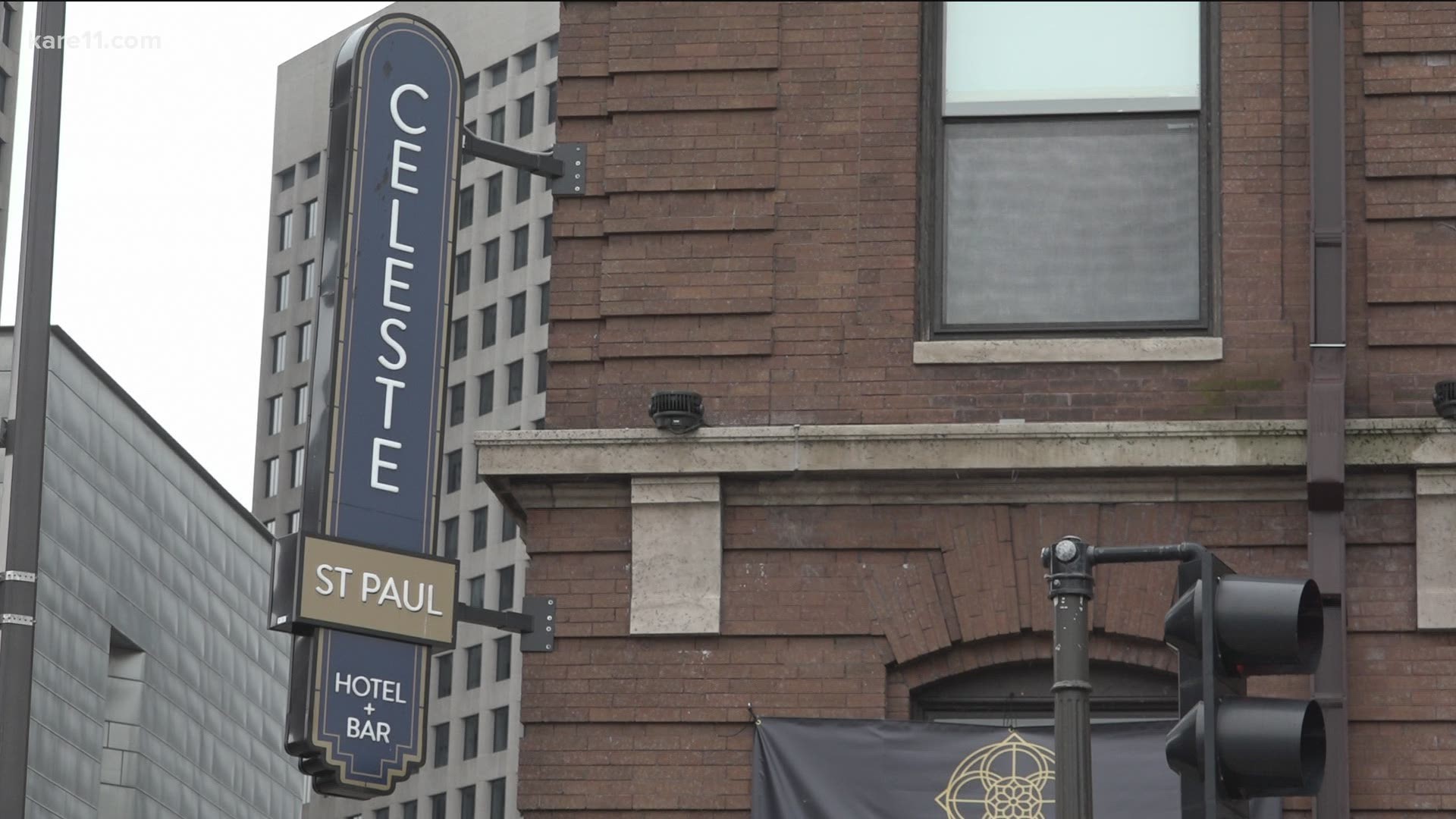 "It's really a gem, it's really unique," says Jodi Young, part owner of the hotel.

The boutique hotel opened up in 2019, but then shut down for nearly a year once COVID hit.

They're now back open and looking to re-imagine the way people tie the knot.

"We're working really hard to help with the back load of weddings and offering some unique options for that right now," Young says.

We visited the hotel last Friday as they were doing photo shoots to show off what the space can offer.

Young says that couples can rent an entire floor of the hotel where they can get married, hold the reception in the hallways, and have their guests stay right there in a room.

"You can really keep your family and friends in a bubble," Young says.

For couples who want to really simplify, they are also offering an elopement package.

Young says you can even go as far as renting out all 71 rooms of the hotel and have the place to yourself.

"Couples used to plan destination weddings – this is kind of the staycation version," says Young. "Maybe you're not going to go too far away, but you want to feel like you're in totally a different place."

During a time when smaller, intimate settings are becoming the norm, smaller weddings just could be a trend that appeals to certain couples.

"Big weddings are wonderful for lots of good reasons, but sometimes those really sentimental experiences are good with a small group of people too," says Young.

The building where the Celeste Hotel is located on East Exchange Street downtown has been around since 1910 and housed St. Agatha's Conservatory - where nuns once lived and taught art and music.