Gia Vang and Andrea Swensson, host of The Local Show on The Current, found the best local bands to see this weekend. 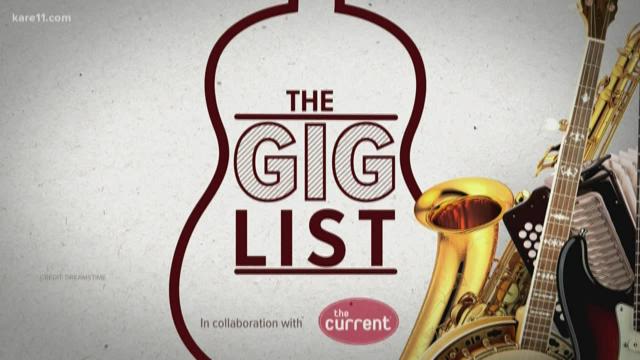 Friday night the Turf Club is hosting a tribute to The Replacements, featuring The Melismatics, Annie and the Bang Bang, Mad Ripple Hoot for Slim and many more bands. Doors open at 7 p.m., and the show starts at 8 p.m. A portion of the proceeds from the show are going to The Ed Ackerson Family Fund.

Cory Wong, featuring Antwaun Stanley and Caleb Hawley, is at First Avenue. Wong bills himself as a 'hype man' first and foremost, and promises a night of funky R&B fusion and dad jokes.

The Cactus Blossoms are two Minneapolis-based brothers who keep the traditions of The Beach Boys and Bee Gees alive with their sibling vocal blends. The First Avenue show is at 7 p.m.

Lydia Liza's solo album release is at Cedar Cultural Center, with doors at 7 p.m. and the show starting at 8 p.m. Liza may be best known locally for her viral cover of 'Baby It's Cold Outside', but now she's releasing a solo effort that's described as "echoes of Nick Drake, Jeff Buckley and Laura Marling with...a sprinkle of nostalgic pop-punk."