A YouTube video is making the rounds online because musical beer enthusiasts in Minnesota are eager to clink their pints again. 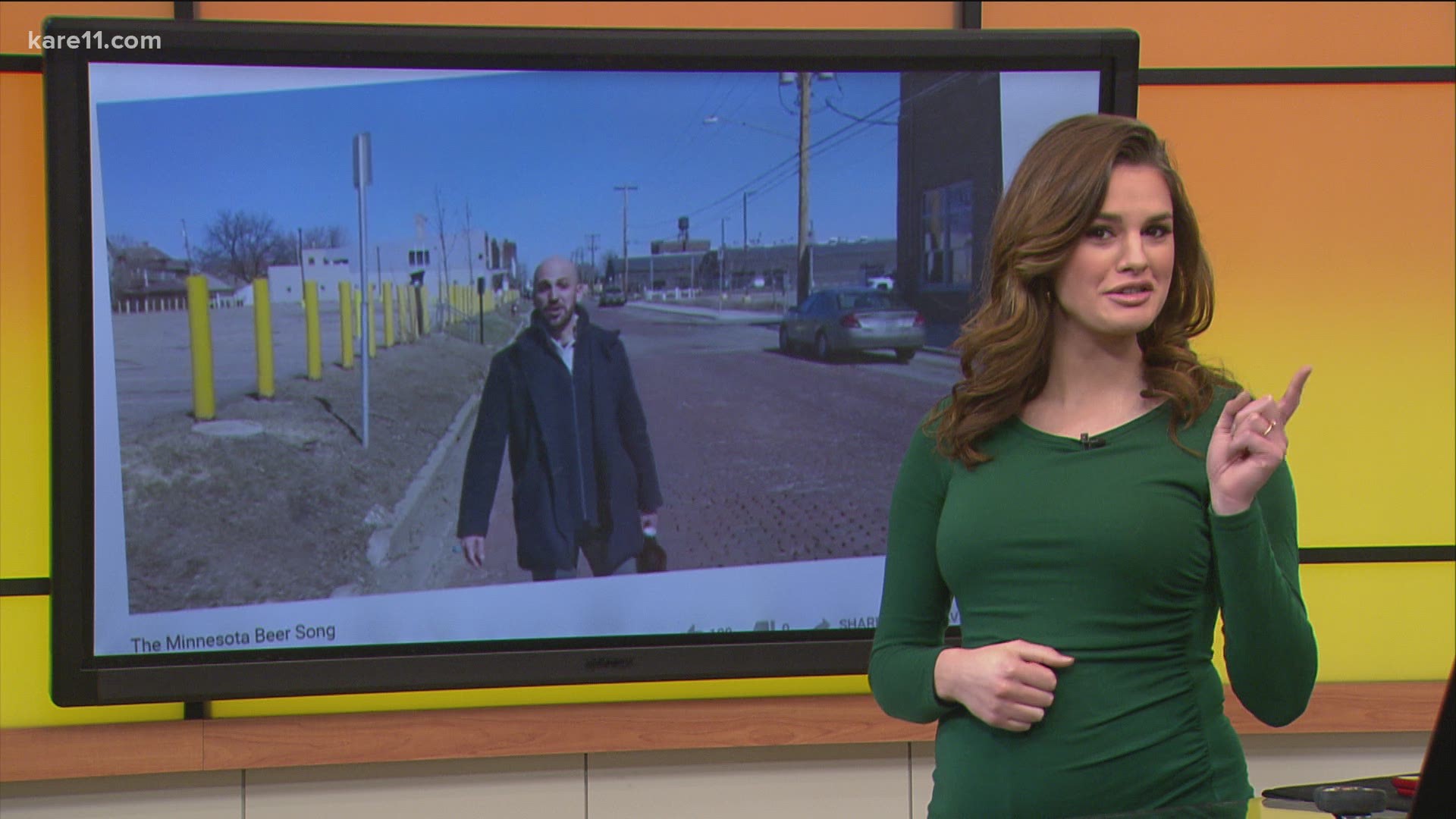 MINNEAPOLIS — This story comes with a warning because this song all about Minnesota beer  will get stuck in your head.

"I was on a walk with my wife back in late January, she started humming a little tune, and I thought 'That kinda sounds like a beer song,'" said song creator Rodolfo Nieto. "I was playing around with the melody, and by the end of the walk I had the first verse and the refrain all set!"

Rodolfo Nieto, who is part of the musical theatre scene in the Twin Cities, had created Minnesota's first pub song, that we know of. Because of the pandemic shutting down most shows, Rodolfo quenched his creativity with a few of his theatre "beer drinking" buds.

Although Rodolfo tried to fit in as many breweries as he could from around the state, there's simply too many! Surly, Summit, Indeed and Able are just a few that make the cut in the three plus minutes of the song.

"All I want is a Minnesota beer!" is the rousing chorus, and in the first refrain the song notes that "We don't want your Spotted Cow, not today or anyhow."

He's hoping it inspires others to add their own favorites to the song and visit a few watering holes they haven't tried yet.