The story of 'Arm in Arm in Africa'

A former news reporter tasked with documenting volunteer work in South Africa lands an interview with someone you might not expect. 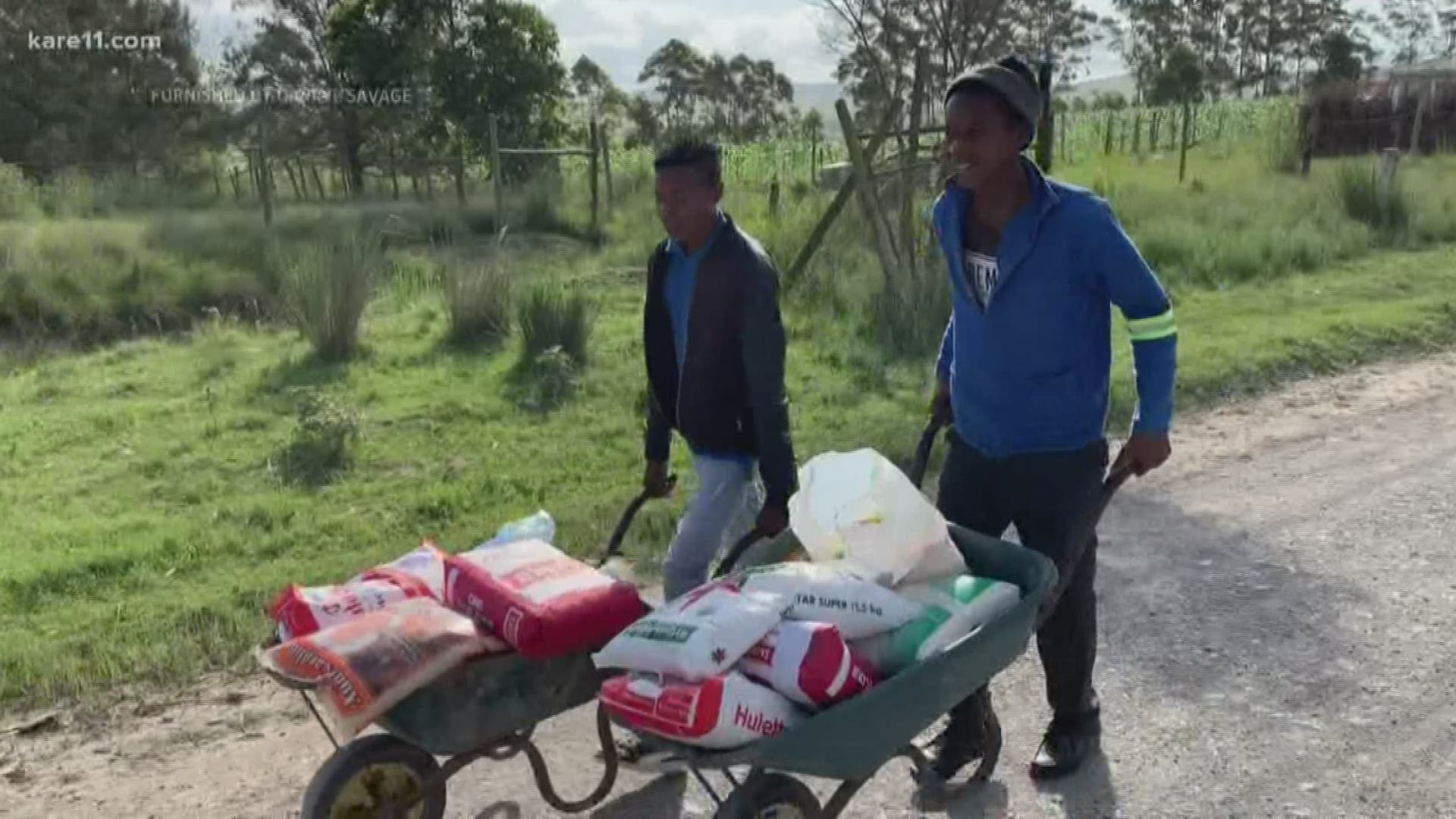 The series starts with the story of a storyteller named Darryl Savage.

"I worked at a local television station here in Minneapolis many years ago," Savage said. "'87 to '93."

Almost three decades and a sales career later, Savage is back in the field. Only this time the field is nearly 9,000 miles away from Minneapolis.

"That was one of my primary roles," Savage said. "To document, video, and photograph."

This time, he didn't work for a news station, but rather a non-profit. Rev. James Cassidy founded Arm in Arm in Africa back in 2000 and currently serves as president.

"It's been troubling for me at times when I'm challenged with, 'Well why? Why would you go that far? There's people right here who have a need,'" Cassidy said. "Hunger is hunger. Anybody who is hungry deserves an opportunity for something to eat."

Over the last 20 years, around 300 Minnesotans have paid their own airfare to join Cassidy in distributing food parcels to several South African townships. While Arm in Arm in Africa is a non-religious organization, many of its participants attend Saint Joan of Arc Church in Minneapolis.

Local South Africans are heavily involved in the process as well. All food included in the parcels is locally grown.

"It's never a matter of that there's not enough food available," Cassidy said. "There's food available for everybody to eat. It's a distribution issue."

Arm in Arm in Africa started small but has seen tremendous growth not only in terms of participants, but also in the number of families. Programming has also expanded. The first delegation expected to focus on learning more about HIV and ways to be of support, but were instead met with more.

"We learned very quickly, within a day or two, that you could never separate HIV from any other illness," Cassidy said. "Nor could you focus just on healthcare without having to also look at food. You had to really be very expansive in your vision around what you wanted to do."

Today, Arm in Arm in Africa focuses on these three areas: food, health care, and education.

When Savage wasn't carrying food parcels or spending time with children, he interviewed people, including someone you might not expect.

"The grandson of the man who was considered one of the architects of apartheid," Savage explained.

Indeed, Wilhelm Verwoerd is the grandson of Hendrik Verwoerd, whose policies allowed for black and "coloured" (mixed-race) South Africans to be evicted from their communities and to be moved to segregated townships.

"They are under corrugated metal and pressed wood and cardboard," Savage said. "Those are their living conditions."

These are the townships Arm in Arm in Africa helps support today.

"The grandson has spent most of his adult life trying to undo what his grandfather did," Savage said.

Here's a snippet from Darryl's one-on-one interview with Verwoerd:

DS: What is it like for you to tell this amazing story of straddling the fence, as hard as you've worked to explain the complication of this dynamic and at the same time, just by the color of your skin, for people who haven't taken the time or don't know, to be labeled certain ways, what is that like?

WV: It's one of those spiritual challenges really where you have to learn to sit with that discomfort ... Whatever I do is my individual journey but because of what I look like, I still represent also that system.

Evidently, other family members are not up for the challenge of learning to sit with discomfort. You can read about that in Verwoerd's new book, Verwoerd: My Journey through Family Betrayals.

February 15, Savage will have more stories, too, as he travels to South Africa for the second time, arm in arm, with the non-profit's 21st delegation.