Brooklyn Park teacher surprised with $50,000 to pay off his student loans

The series "Their Calling" tells the story of 5th grade teacher Thetis White, a former football coach making an impact in the lives of students at Monroe Elementary. 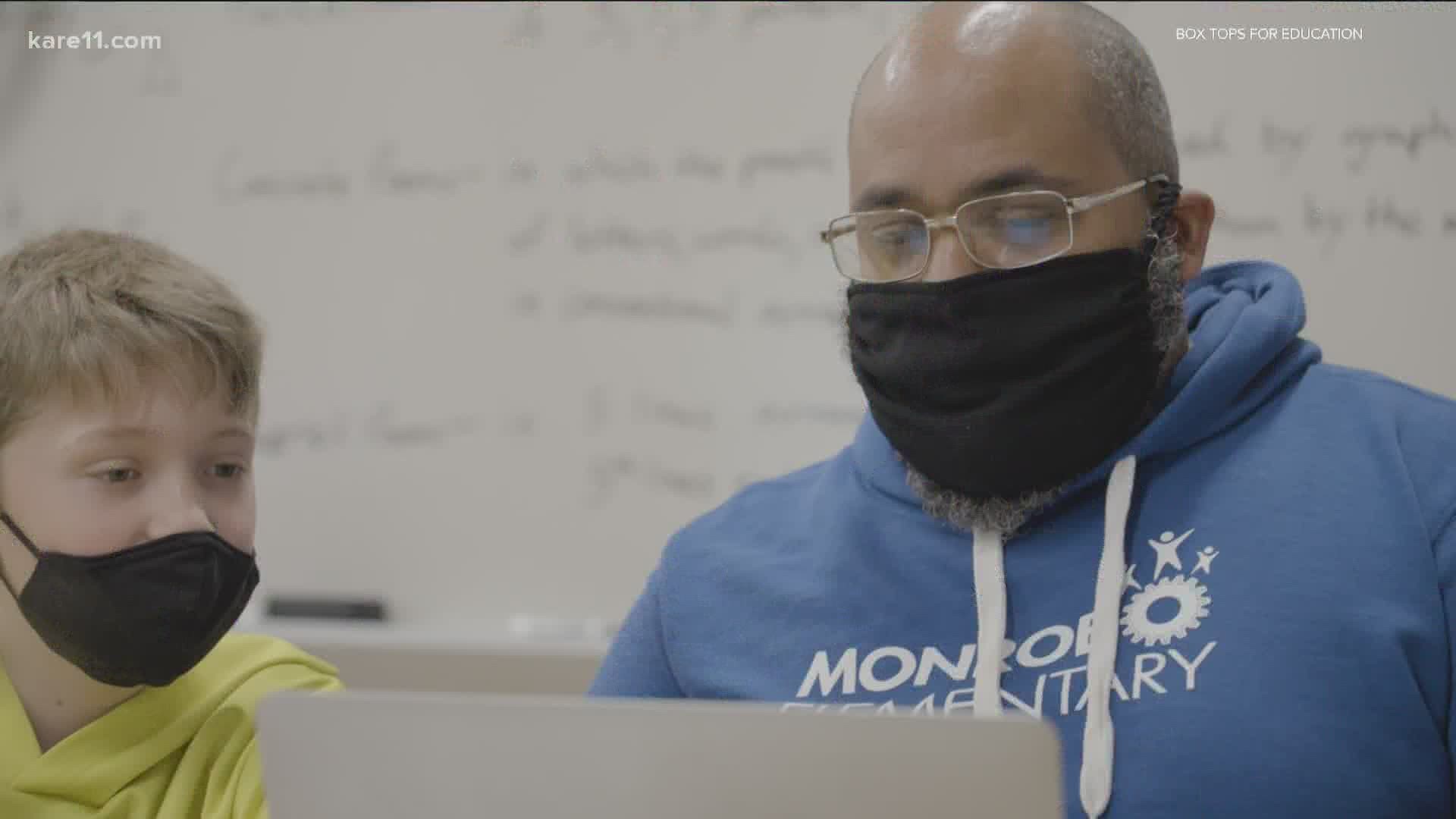 BROOKLYN PARK, Minnesota — It's Teacher Appreciation Week, which makes it the perfect time to introduce our special month-long series, "Their Calling."

We're partnering with Box Tops for Education and Black Men Teach Twin Cities to share the stories of extraordinary teachers who are statistically underrepresented yet have an immensely positive impact on students.

The first story in our series centers around Thetis White, who found his calling later in life after working on the sidelines coaching football. "I wanted to see students go beyond high school and become more or a better part of the community."

Instead of the field, you'll find him in the classroom at Monroe Elementary in Brooklyn Park, teaching 5th graders. "The reason why I chose elementary is because I felt that I could make an early impact in their lives. The more that I stress and teach them the fun way or the fun styles of learning, that would translate to them being older," explained White.

The way he tackles his lessons is working.

We spoke with several of Mr. White's students about his impact.

One student said, "In the beginning of the year, I was the shy kid and never raised my hand. Now, I always raise my hand."

Mr. White's presence is powerful and not just in the way he teaches. "There's definitely a need for Black males, Black males in general in the classroom," said White. "It's hard when you don't have someone who looks like you, that can not always be able to relate to you in certain situations."

The significance isn't lost on Mr. White or his co-workers and students who helped with an incredible surprise last week.

BoxTops for Education and Black Men Teach Twin Cities presented White with a check for $50,000 for tuition reimbursement.

Tuition debt is often a major obstacle for educators.

One of the students at the surprise said, "I think it's a great thing what they did. 'Cause I know that he deserves it very much."

Another child explained, "He didn't care about his debt. He just wanted to be in the classroom teaching the kids."

White confirmed the those thoughts when he said, "I got into education to make a difference, period. And that's what I was really thankful for. And then to be recognized, and wanting someone to actually help you along the way, it's an amazing feeling."

You'll hear more stories like Mr. White's on Wednesdays in the month of May.

Box Tops is also partnering with the Minneapolis Foundation as part of its Reimagine Education initiative, donating $250,000 to local nonprofit and education organizations as it works to improve equity in Twin Cities schools. These funds will focus on programs that better equip and train teachers, and support school culture initiatives aimed at reducing the negative consequences of racism and unconscious bias from classrooms.