Insider advice for home buyers in a red-hot market

A local realtor says the Twin Cities market is hotter than it's been in years. So what can you do to snag your perfect dream house? 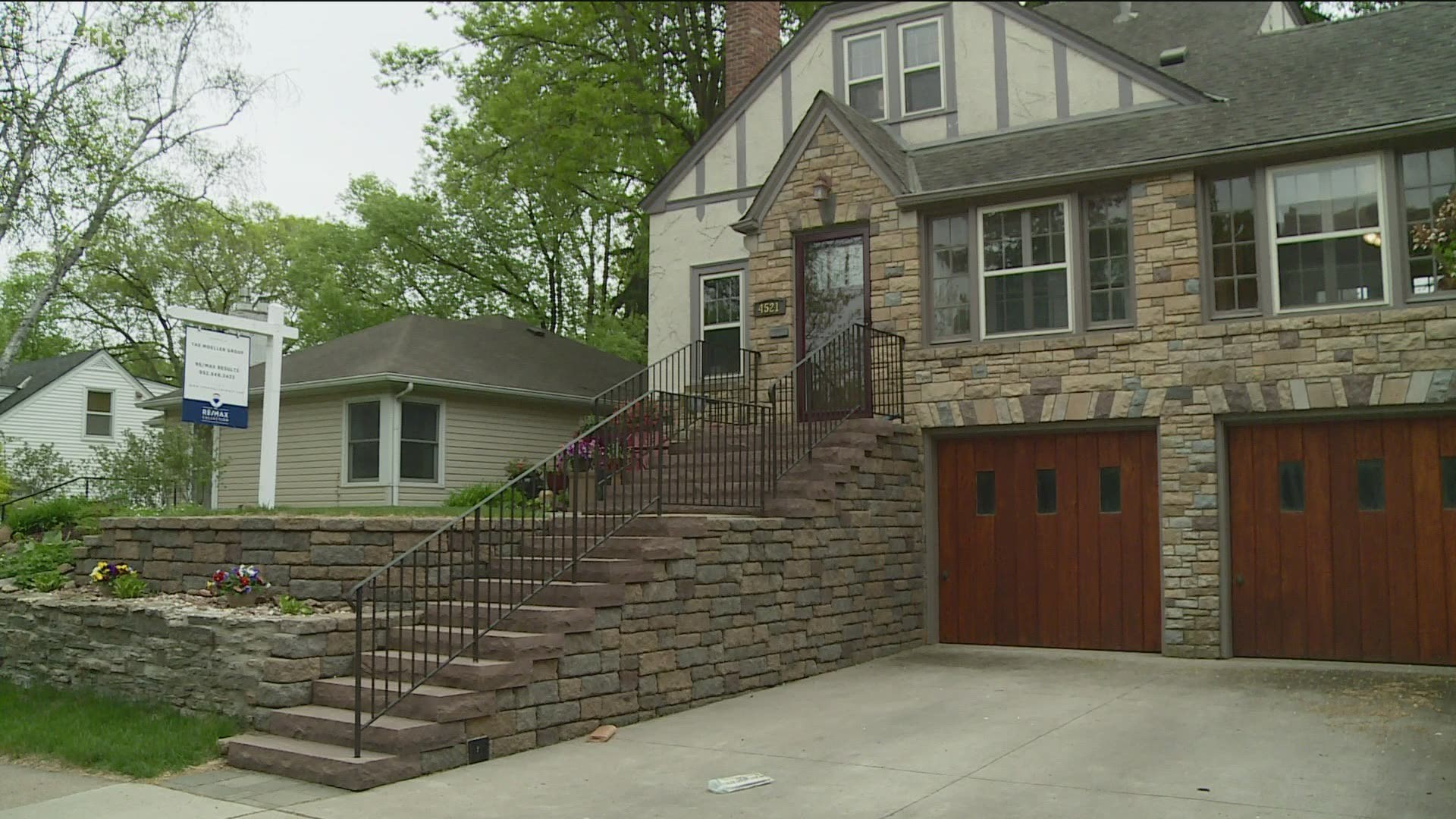 MINNEAPOLIS — The Twin Cities housing market hasn't been this hot in years, which means new challenges for those looking to land their dream home.

"People have been in their house, with their family, working from home, and now they want to get out of their cave, so to speak," Twin Cities realtor Troy Sanders said.

"It's a rollercoaster, it's a moving target," Sanders said.

So in order to get your best value in a home and not be taken for a ride, we've got a few suggestions for you.

1. You probably won't be shocked to hear this from a realtor: Get a realtor.

"So that you have someone that's your advocate and knows your goals and your dreams and knows what you're looking for exactly," Sanders said.

2. Find a lender that communicates all the time, even weekends.

3. When making an offer, know that you may have to go well over the price. That's something Sanders says has driven people to sit it out for now.

"In the last couple months, I've had about four clients bow out and they have said, 'Troy, we've written offers and we've gotten pushed so many times, we don't want to do this right now," Sanders said.

4. Deciding whether to move now or wait really boils down to how long you're looking to live in your new home, Sanders said. If it's only a couple years, he recommends waiting it out.

"Because you may not get your money back and when you sell it you have to pay the commissions with the agents and you may not make money, or lose money," Sanders said.

5. If you're set on buying this year, start early, about five or six months out. That's more time to figure out financials and more time to look at homes and figure out what you really want.

"That way, when you start looking you're faster able to run and sprint during this market versus do it all at once," Sanders said.

"If you don't feel it, and it's not like 'I have to have this house,' I always probably tell people it's a no," Sanders said.