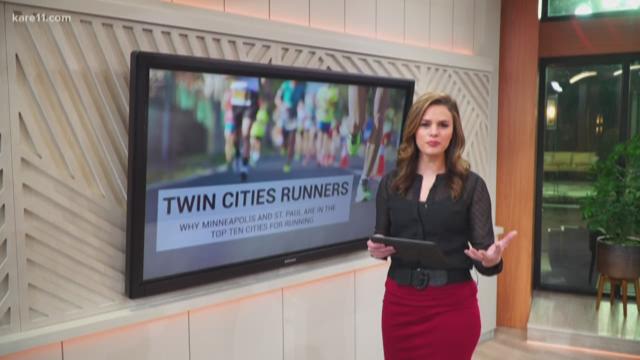 MINNEAPOLIS — If you needed another reason to love living in the Twin Cities, both Minneapolis and St. Paul were recently ranked as two of the best places for runners.

A new study from SmartAsset.com used eight factors to create their list, including walk-ability, pedestrian safety, number of races, and percentage of the city covered by parkland.

Minneapolis ranked as the fifth best city for runners. SmartAsset found that 97% of Minneapolis residents live within 10 minutes of a park, and 6.53% of the city's workforce walks to work.

St. Paul is the ninth best city for runners, because like Minneapolis, 15% of the city is parkland. That means 96% of residents live within 10 minutes of a park. It's also one of the safest places for pedestrians.

Madison, Wisconsin also ranked in the top 10, landing at fourth on the list. The city has the seventh-highest number of races out of the 98 cities studied, with lots of parks and gyms where runners can train. Prefer a treadmill over a trail? Madison has the second-highest number of gyms per 10,000 residents.

Here are the top 10 cities for runners, as ranked by SmartAsset: