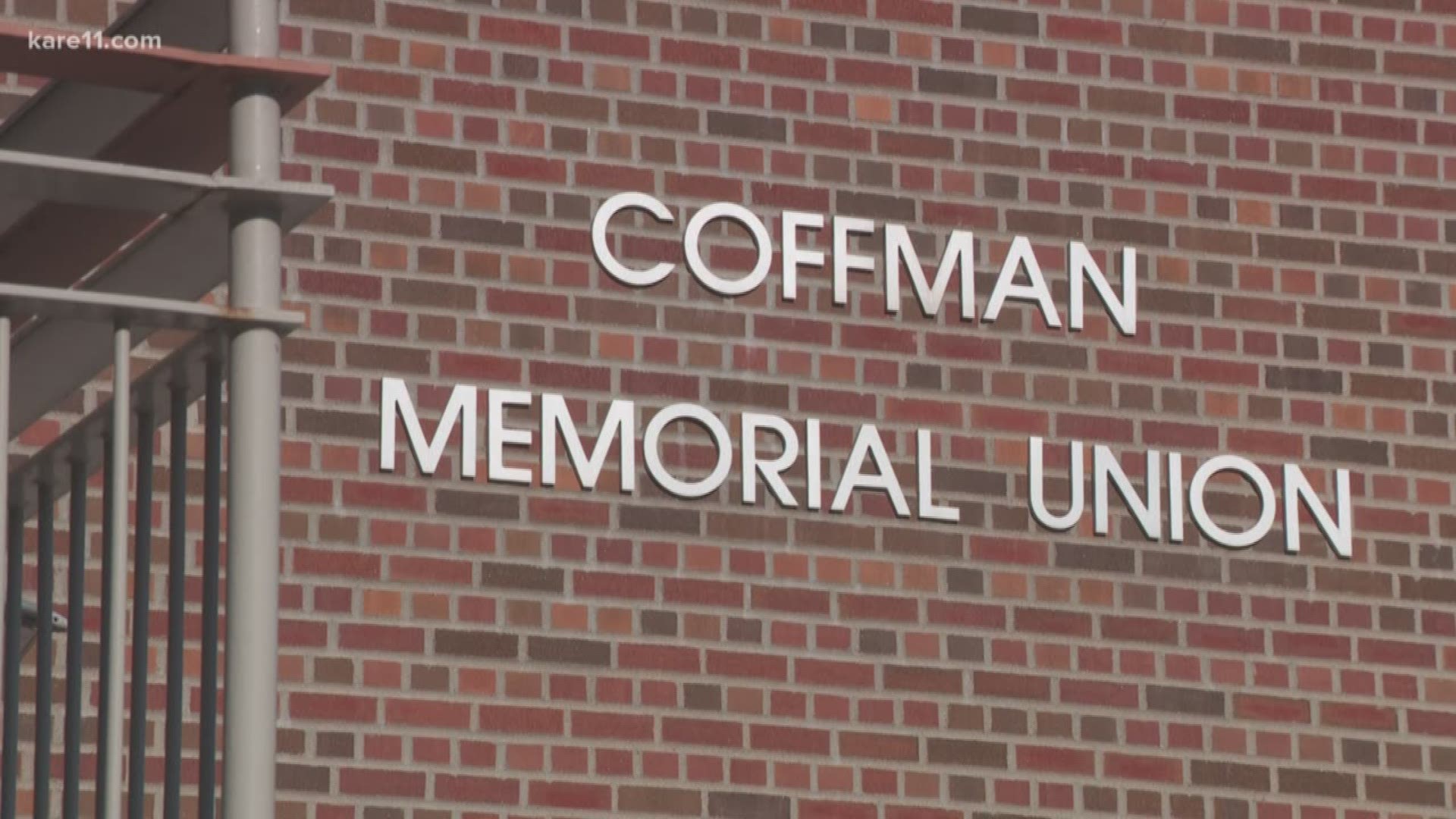 There could be a decision Friday on a controversial request to change the names of four historical buildings at the University of Minnesota (U of M) Twin Cities campus.

The university's Board of Regents has a special meeting scheduled for 1 p.m. According to a press release "the purpose of this meeting is consideration and potential action on historical building namings."

The buildings up for renaming are Coffman Memorial Union (the student union located in the heart of the East Bank) as well as Nicholson Hall, Middlebrook Hall and Coffey Hall.

In February, the Task Force on Building Names and Institutional History released a report recommending all four names be changed.
The task force also recommended the same exhibit that sparked this debate be permanently installed at the student union.

The exhibit, A Campus Divided: Progressives, Anti-Communists, Racism and Anti-Semitism at the University of Minnesota, 1930-1942, was originally available August 14 through December 22, 2017, at Andersen Library.

A digital version of it still exists online.

According to the task force, the physical exhibit drew large audiences and hundreds of visitors provided feedback on site. Many people were apparently learning for the first time about past university leaders and the policies they practiced.

The exhibit said those policies included segregation, discrimination, anti-semitism, censorship, and abuse of power. Coffman, Nicholson, Middlebrook and Coffey were past U of M leaders named in the exhibit.

RELATED:  U of M: Coffman Memorial Union may change name

Today's special meeting will be held in the boardroom at the McNamara Alumni Center.