More than a week after the three guilty verdicts were announced, three local journalists talk about their experiences in covering the Derek Chauvin trial. 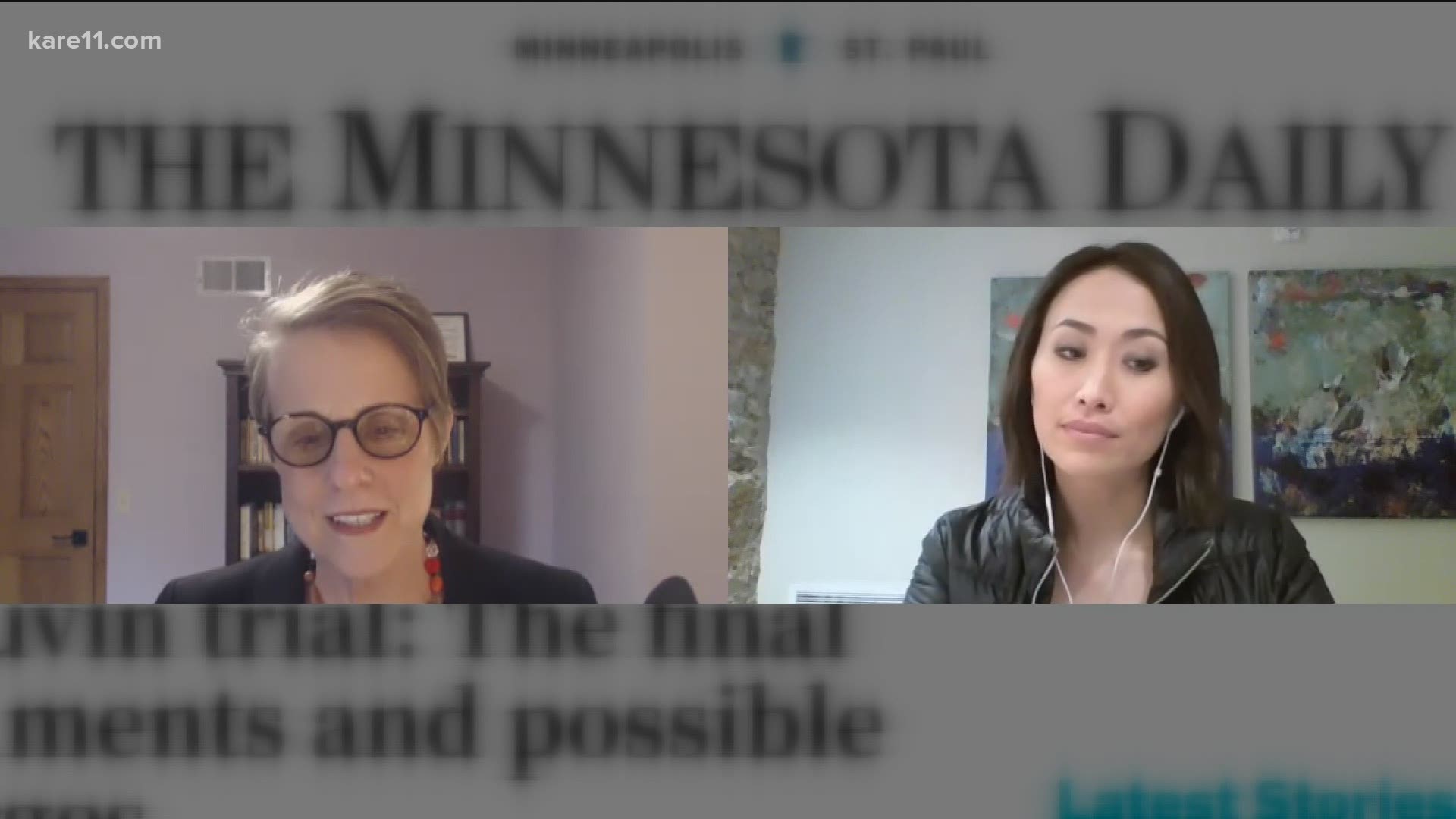 MINNEAPOLIS — It's been more than a week since the verdict came down in the Derek Chauvin trial. There was a lot of coverage of the trial that brought some of the most experienced journalists to Minneapolis, to say the least. KARE11 talked to some University of Minnesota student journalists to hear about the lessons they experienced stepping into this historic moment.

Samantha Woodward is finally having lunches outside the boarded up walls of the Hennepin County Government Center. The U of M journalism major is a sophomore. She was The Minnesota Daily’s reporter at the media center during the Derek Chauvin murder trial since day one. They were the only student paper there.

Woodward did that byline after byline. But her experience was more than just lessons from the courtroom. There were plenty from her fellow journalism school classmates. She said The Minnesota Daily has a content diversity board made up of students of color, and she said they asked the board for feedback often.

"Any time we have a question about anything that we’re unsure of whether that be capitalization of a letter or how do we refer to someone in a certain community or does this sentence sound like it has a stereotype in it or whatever," Woodward said.

Jasmine Snow is also a journalism student. She's a sophomore and the editor-in-chief of this spring’s Access U. Their focus in this issue is Black on Campus. The publication is a community journalism course that happens every spring, with the theme is always chosen by students.

Snow said it was a challenge to even decide on this focus. She said the class was mostly white and many had hesitations about telling the stories of Black students.

"Ultimately we came together with a mission of wanting to report for Black students and with Black students which I think was really important in shaping the feelings around that, and the goals that we had as a kind of organization," Snow said.

Snow said it's been exhausting and said the adaptability of this semester has been a personal learning curve.

"There is this sort of sudden visibility that you’re working with now or at least that I’m working with now as a Black person in journalism," she said. ""Well what do you think about this?'" she said she gets asked. "I don’t know, I’m not a policy expert!" Snow said as she chuckles.

But Snow said while the year has taken a lot, it's also given her a lot.

"It’s been a privilege honestly," she said.

Senior lecturer Gayle Golden, or G.G. as she is known to her students, teaches the spring class.

Sometimes, that means taking your reporter hat off.

Woodward said she learned that while reporting at George Floyd Square in the winter.

"I sat on a bench and I kept my phone in my pocket and I didn’t record anything and I learned," she said. "I think this being the nine minutes and 29 seconds happening nearly 15 minutes away from my apartment in the exact place that I have gone shopping before to people that you know were my neighbors, it’s impossible not to care," she said.

Golden said teachable moments happen throughout the year. She tried to sum it up:

A lesson no byline can teach.