This St. Paul company has stayed in the family since its founding in 1916. 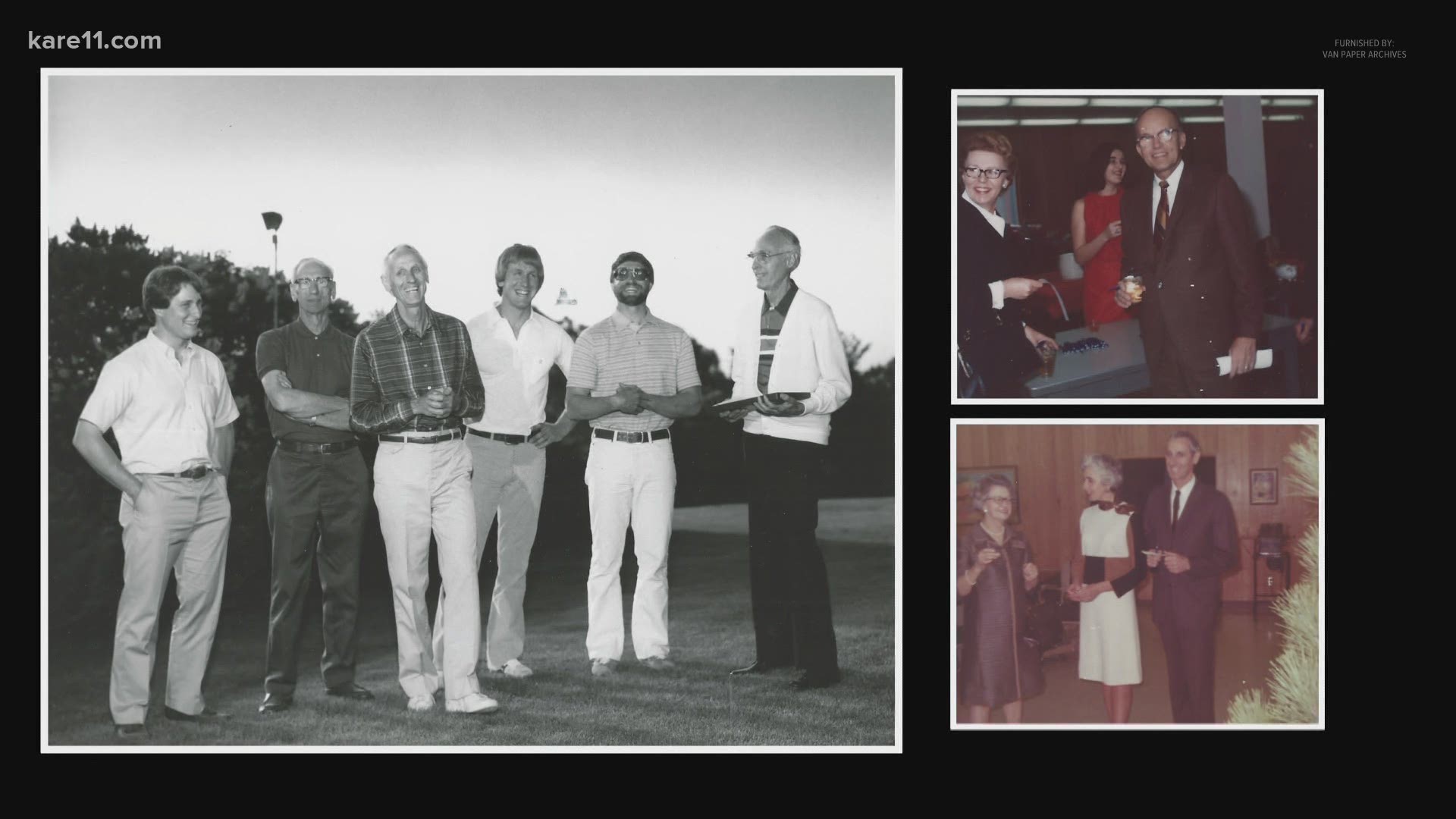 SAINT PAUL, Minn. — Small business is the backbone of this country, and Van Paper in St. Paul is a perfect example. They've been serving the community and living the American dream for 105 years.

We received a tip about the company from a viewer, a member of the Van family.

Sarah Libby, nee Van, is part of the 105-year family lineage at Van Paper Company. She said the founder, her great-grandfather, Theodore Van, was a sales rep for a paper company in the early 1900s.

“Part of his territory was going to Montana by train," Libby said. "It would take him about a month to cover that whole territory and sometimes he would have to rent a horse to get to some of the smaller towns.”

The lengthy trips kept Theodore away from family for long stretches of time but current vice president and Sarah’s father Scott Van says it was a slight from Theodore’s boss that created the company. “He thought he was working hard enough to deserve a raise but was turned down, so he quit the company and started his own.”

And so in 1916 the Van Paper company was born. The company’s formative years saw America enter World War I, the 1918 influenza pandemic, and the Great Depression. Adversity also directly hit the company when a fire gutted the warehouse in the 1920s.

Credit: Van Company/Family Archives
The Van Paper Company was gutted by a fire in the 1920s

Spring floods were also frequent occurrence, which as we all know isn’t good for paper products.

Credit: Van Company/Family Archives
Employees sit on the steps of the Van Paper Company during the 1951 flood

By the 1960s Theodore’s sons were in charge of the day-to-day operations. Continued growth in the industrial paper product sector had led to office space issues, so plans were drawn up to construct the current warehouse near Shepard Road and Homer Street in St. Paul. Scott recalls the story of Theodore’s reaction to the new building, “At first he was disappointed when our uncle and father told him they had to build a new building but he was old and didn’t realize the business had grown and they were simply out of room. They brought him over in his wheelchair and rolled him out to the big new warehouse and he was like 'My goodness, you mean we own all this?'”

Then in 1977, there was an especially symbolic moment for the company. Van Paper bought the paper company Theodore had left 61 years earlier after being refused a raise.

“It was kind of sweet justice and a complete circle there for my grandfather,” said current Van Paper president Mark Van.

Over the generations the line between family and business has blurred. The warehouse has been used as playground for each generation. Sarah has fond memories of biking and rollerblading through the warehouse while Mark and Scott reminisce about going over with friends and playing hide and seek on Saturday mornings while their dad did some extra work in the office.

Today, the business supports over 40 families, with not a single person laid off during the COVID pandemic.

Scott and the rest of the family take pride in the company’s longevity, “We know we are in a very small percentage of businesses that make it into a 4th generation, so we feel fortunate.”

“My grandfather always said if you take care of the customers then everything else will fall into place,” said Mark, recalling the founder's advice that still guides the company today.