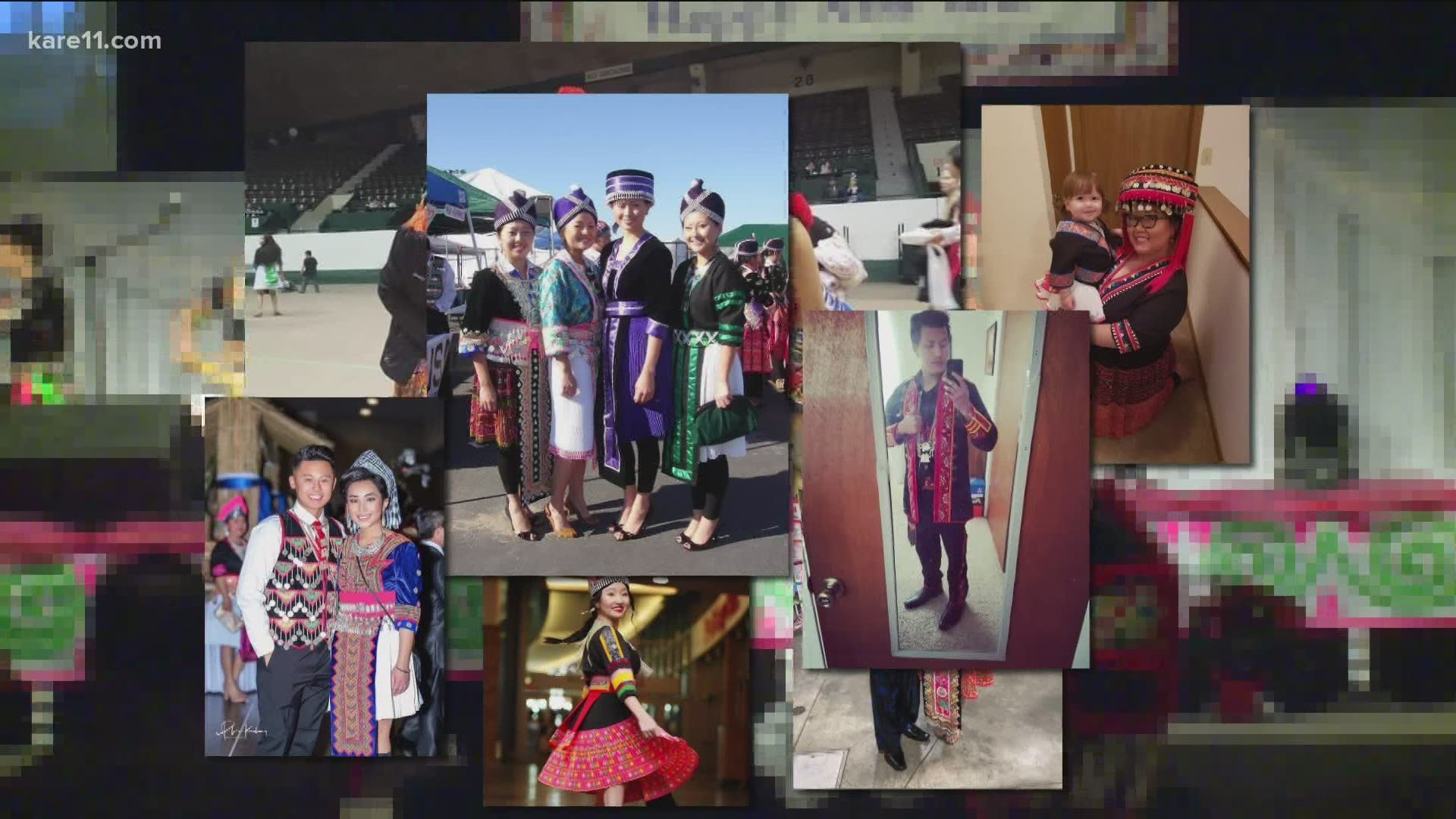 ST PAUL, Minn. — This time of year, the Hmong New Year celebration in St. Paul rolls around. Just like many events in 2020, this year's celebration is cancelled. But the excitement is still palpable over the internet, where people are proudly posting pictures in their Hmong clothes.

Phillipe Thao is from St. Paul.

"It’s a multi-generational event where we all come together to celebrate the resilience of our people through new traditions preserving old ones and taking pride in who we are," said Thao.

Tou Saik Lee is also from St. Paul. "Hmong New Year is our people celebrating in various countries all over the world because we are a diaspora," he said. "It’s an opportunity to celebrate culture, preserve tradition and for our people to celebrate our cultural identity and share with others of the diversity here in the Twin Cities," Lee said.

Bao Vang lives in Oakdale. She said she remembers the months and weeks leading up the celebration. Her mom would make it a mission to find the perfect traditional clothes for Vang and her siblings. She said they'd typically find three outfits.

"At the end of the celebration, after visiting with friends and family from around the world, the pride in our Hmong heritage is renewed and we have an opportunity to set we goals for the year ahead," Vang said.

In years past, KARE11 has been there at Hmong New Year celebrations at the Minnesota State Fairgrounds put on by the Hmong American New Year organization. But in September, the organization announced it was cancelling the event because of the pandemic.

It didn’t take long for virtual Hmong New Years to be announced. One in Minnesota is being hosted by LUXE. It will take place Friday with performances by Hmong artists on deck.

Lee Pao Xiong is the director of the Center for Hmong Studies at Concordia University.

Xiong said the celebration originally started as a celebratory act to honor a shaman who killed a demon that ate human souls. Xiong said after the Shaman killed the demon, the villagers prepared ten dishes a day for three days to honor and thank the Shaman. But the villagers were poor and could not do this every year during non-harvest time. So Xiong said they decided to push the celebration to after they harvested the crops, which is around November. Thus, the Noj Peb Caug, the eating of thirty or new year celebration. Xiong said for three days, they would only eat rice and meat, no vegetables.

Xiong goes on to say, today, the first component of the Hmong New Year is the Pe tshiab. This is a private culture ceremony where a shaman would be invited in to “hu plig” or call the souls of the family members who may have wandered off during the year. It is also a time to call in the spirit of wealth and health. There are a number of other ceremonies that will take place during this period.

"If you do a task long enough, it becomes tradition," Xiong said in an email. "And a tradition if you do enough, it will become culture," he wrote.