Why Minnesotans should care about the 2020 Census

After next year's Census, Minnesota could lose a U.S. House seat for the first time since 1960. 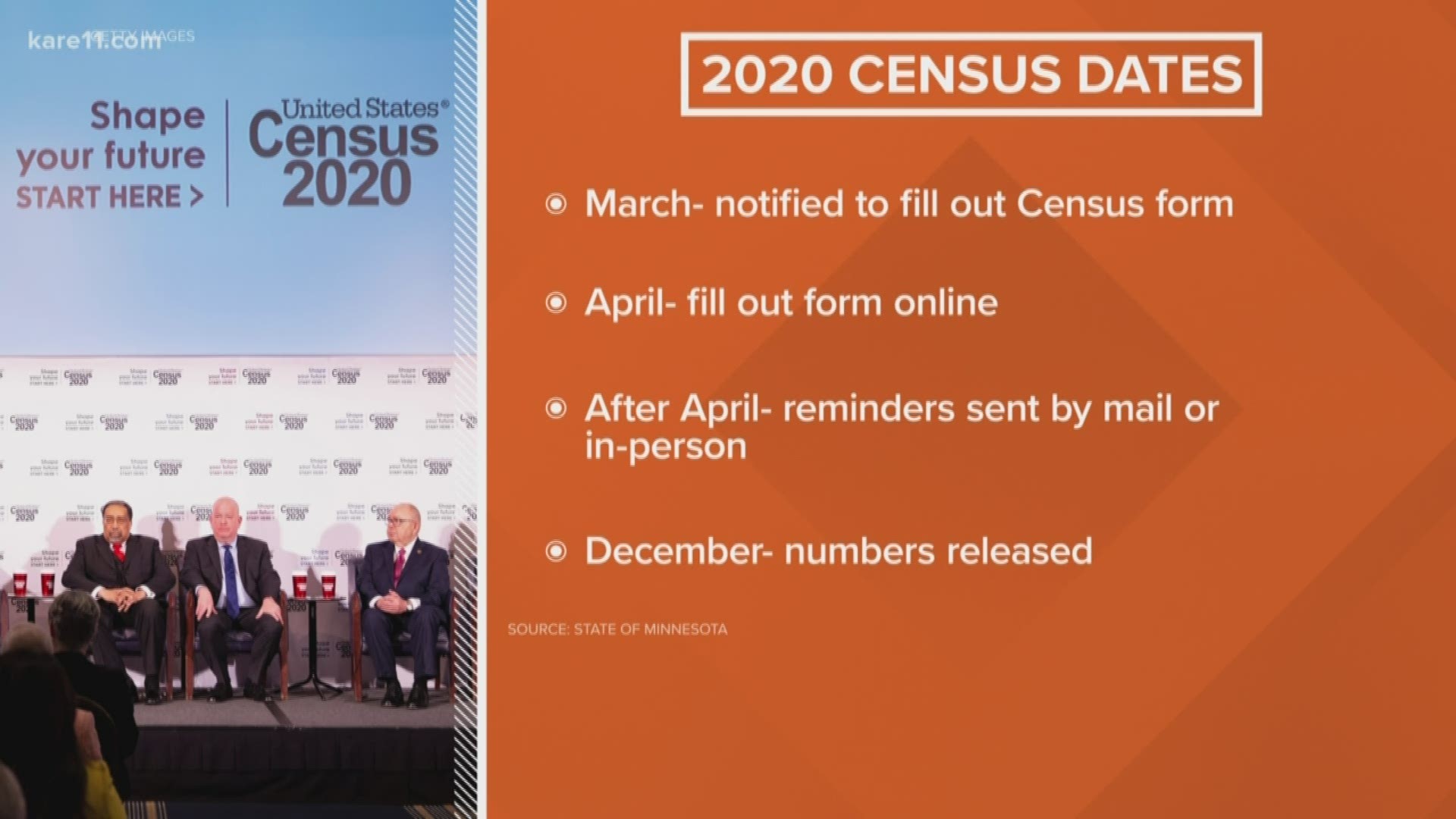 MINNESOTA, USA — Just like we hear "Every vote counts," Well in 2020, every Census counts, literally. Minnesota is again at stake of losing a U.S. House seat and some federal funding.

The Census counts the population of the U.S. and it helps determine how many House seats each state gets and funding levels.

Minnesota has eight Congressional seats, each divided equally by population. Susan Brower, Minnesota's state demographer, said that during the 2010 Census, Minnesota only kept it's 8th seat by 8,000 people. The final House seat available was retained by Minnesota.

In 2020, Minnesota is at risk of losing a seat again, and funding. Each year, the state gets about $15 billion in federal money to pay for things like schools, transportation and healthcare. If it loses a seat, not only could it lose some federal funding, but would have one less voice on the national stage. If Minnesota ends up with seven districts,

"We're taking districts that are already very very large and particularly in greater Minnesota and we're making them spread even further across the state and that can be tough in terms of political representation because most people like to know that their representative knows their community, and can reach their community and understands it. The bigger the spread we have across the state, the harder it gets for representatives to do that," said Brower.

Minnesota has been growing since 2010. Brower said, the state added at least 300,000 people with much of that growth in the Twin Cities. A 6% growth is a lot for a Midwestern state, Brower said, but at the same time, states like Texas and Florida are growing much faster.

"Whatever happens in 2020, we've got this one chance to get this count right and whatever we have the consequences stay with us for the next ten years," said Brower.

She said, every Census counts.

New this year, you can fill out a Census form online. Expect to get your first notification around mid-March. Then, you're asked to fill it out by the end of April. If you don't, reminders will be sent to you, or someone may knock on your door. In December 2020, that's when Minnesota will know whether or not it keeps it's 8th House seat.