The Minnesota Whitecaps captain is celebrating the team's NWHL championship. 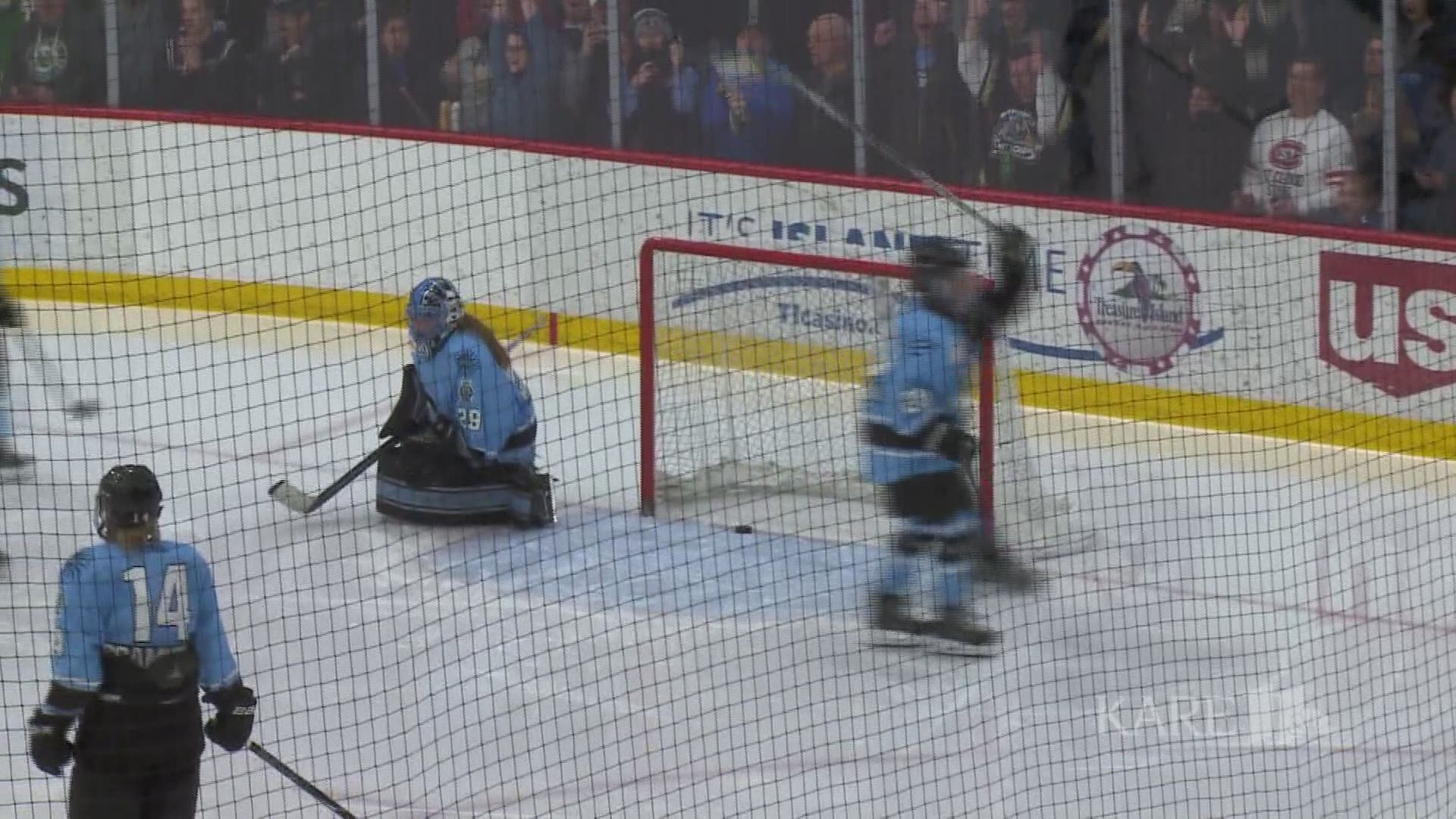 ROSEVILLE, Minn. — The hockey resume for Winny Brodt-Brown is quite impressive.

She was the first ever Ms. Hockey in Minnesota.

Now, she can add NWHL champion to that list.

"It’s been a whirlwind of emotions," she said. "I’ve been able to look back and see what all of us girls have accomplished."

The Minnesota Whitecaps captured the Isobel Cup with a 2-1 win over Buffalo on March 17. It was the first season for the NWHL.

41-year-old Brodt-Brown is the captain of the team and the oldest player on the squad.

"A lot of the girls on our whitecaps team I’ve coached since they’ve been eight years old," she laughed.

She started skating when she was 18 months old and has been going strong ever since. Brodt-Brown, who stands around 5'4" tall now, had to play against the boys when she was younger - because there wasn't girls hockey in Minnesota at that time.

"I see these guys go out for their practices now and I’m like, 'Ok, did I not know that I was this little?' I must not have," she said. "The whole age thing – I don’t see it as a number. It’s how you feel and it’s all in your mind."

Brodt-Brown said she has at least one more season of hockey left in her.