In this 'Women Crushing it Wednesday', Taylor Tinkham is creating "Cemental Breaks" around the Twin Cities to encourage mindfulness. 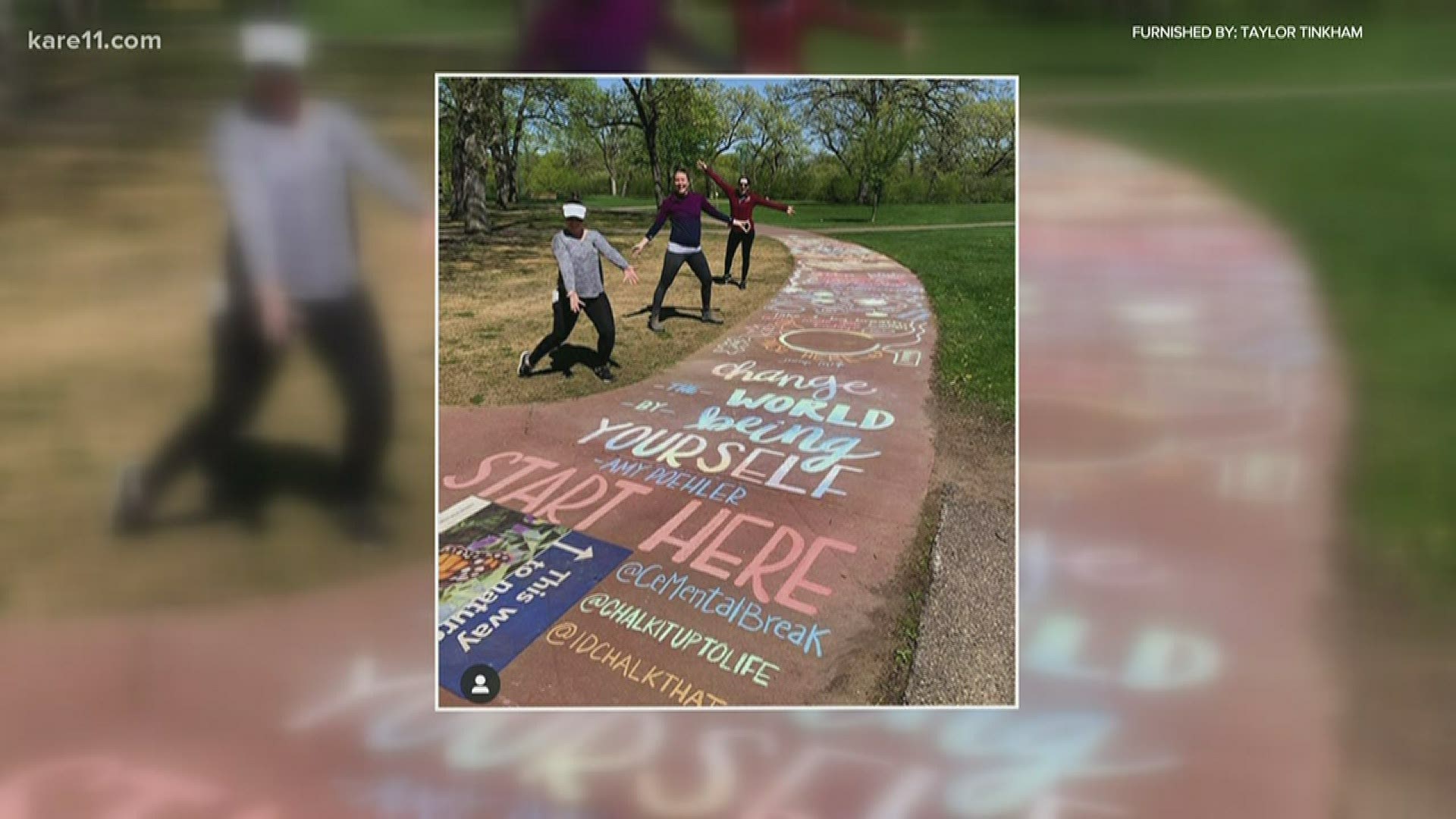 MINNEAPOLIS — Taylor Tinkham is helping us all step into the present moment.

"I describe it as a movement to encourage mindful moments using sidewalk chalk," she says.

Taylor is a sidewalk chalk artist and founder of Cemental Break. She uses chalk to create the "cemental breaks", which feature a drawn chalk circle for people to physically step into. Each piece of art encourages people to take a deep breath and do things like find their favorite flower nearby, or think of something that makes them happy.

Taylor launched Cemental Break over a year ago and has made over 400 of them at various locations around the Twin Cities.

"The point of all of this is not just for me to make them. I really want other people to make them for their own communities," she says.

According to Taylor, "cemental breaks" have been created in 15 states and three countries.

Taylor is collaborating with Call to Mind & American Public Media during the month of May to create special "cemental breaks" around the Twin Cities for Mental Health Awareness Month.