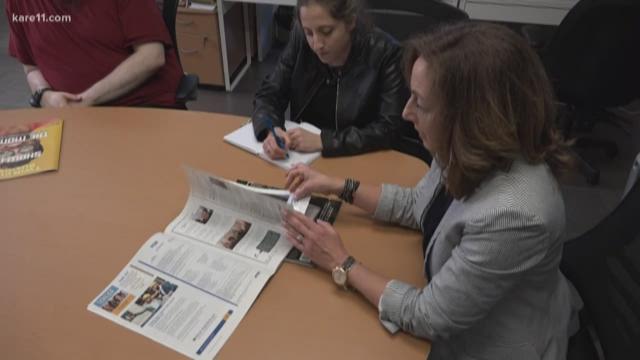 "A more positive spin on that would be – inquisitive, curious," she laughs. "I have a lot of questions."

Those things have served her well in her career as a journalist. "I realized, really in high school, that journalism was a place where I could ask questions and people would actually give me answers," she says.

After years as a contributor for Minneapolis-St. Paul Magazine, Allison was hired as Editor-In-Chief of Twin Cities Business. Allison just happens to be the first woman to hold the position.

She's using her curiosity to help keep the twenty-five year-old publication on pace with the rapidly evolving business climate. "What I’m really trying to do is connect to a new, younger generation of entrepreneurs and "disruptors" and innovators who just look at business a little differently," she says.

Twin Cities Business just launched the "By All Means" podcast, which features the people behind different Minnesota brands. "I just personally have always been fascinated by people who have an idea and see it through," says Allison.

Oh, and on top of that, Allison is married and the mother of two boys. What's helped her balance both life and career? "I bring my whole self, whether it’s to work or to home," she says. "You can’t win trying to pretend you’re something that you’re not, or trying to shut off part of your life. I think that’s when you burn out."

You can also catch Allison hosting the radio show "Shop Girls" with her mom Saturday mornings on MyTalk 107.1.