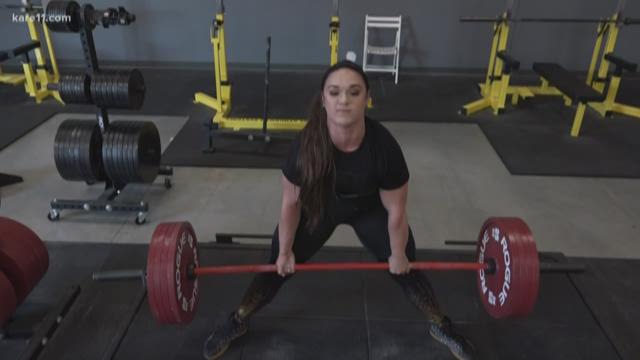 She was also named "Champion of Champions," which goes to the best all-around female lifter.

"My face said it all in the last deadlift. I was in shock. I just didn’t want to let go of that deadlift," Amanda says.

Amanda has been powerlifting for three years and currently trains at Lions Fitness in Saint Cloud.

She's using the platform she's quickly gaining on social media to inspire other women out there to give powerlifting a try. "Strong is like the new skinny," Amanda laughs. "It’s kind of fun like throwing around weight with the guys in the gym and, you know, proving that women can do this too."

If you think she's slowing down with a world championship under her belt, think again.

"Just because you’re at the top doesn’t mean you stop working," she says. "There’s always more weight that can be set on the bar."

The next competition for Amanda is Raw Nationals in October outside of Chicago.