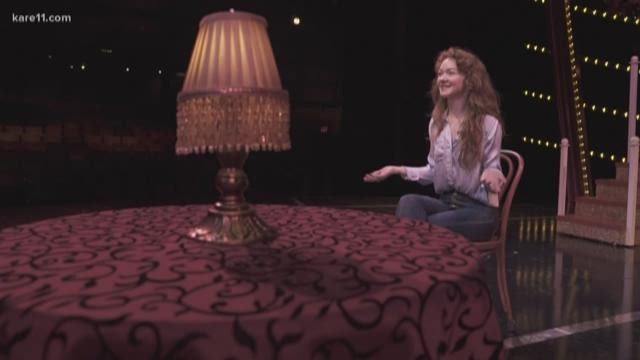 MINNEAPOLIS — Caroline Innerbichler has been acting for 21 years - and is still deeply connected to the work.

"I still feel just as wide-eyed and excited as I was when I was 9," the Eagan native says.

"It’s a lot of people working together to make a beautiful piece of art," she says about what she enjoys about acting. "We’re all here to feel and be in the exact same moment and that’s really powerful to me."

Caroline has been a fixture in the Twin Cities theater scene, playing roles at places like the Ordway and the Chanhassen Dinner Theatres. Currently, she's in "Guys and Dolls" at the Guthrie, which runs through Aug. 25.

Soon her talents will take the national stage. Caroline was recently selected to play Anna in the first North American Tour of Frozen.

"I never thought I would get it, honestly," she says. "It’s pretty wild."

Caroline says getting the call that she'd gotten the role was the culmination of around a two year process of auditioning for it.

The tour begins in November and will make a stop at the Orpheum Theater in Minneapolis in May 2020.