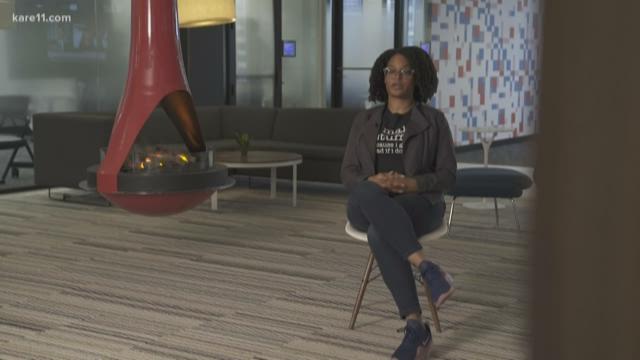 SAINT PAUL, Minn. — Twila Dang is immersed in work that she cares deeply about.

"The last three years have been nothing short of miraculous," Twila says. "I’ve never put this much effort behind anything in a career path and I love doing it."

After a career in radio Twila launched Matriarch Digital Media. She calls it a full service media company aimed at changing the way we talk to, and talk about women and girls.

"The core message is that women are amazing and wonderful and we should celebrate them exactly as they are in the life they live right now," she says.

Matriarch is doing that primarily through podcasts. They currently have four podcasts actively running, with another four set to roll out this fall. The focus of the podcasts range from women's health, aging, body positivity to motherhood.

But there's more. They are beginning to step into video work, run a networking group in the Twin Cities called "Women in Podcasting" to get more women into the industry and just held their first event called "Podcast Du Nord" for people interested in starting a podcast.

"What I’m seeing now is that women want to take action," Twila says. "You have one life and if you’re not going to use it to pursue the things that make your heart sing, then what are you here for?"