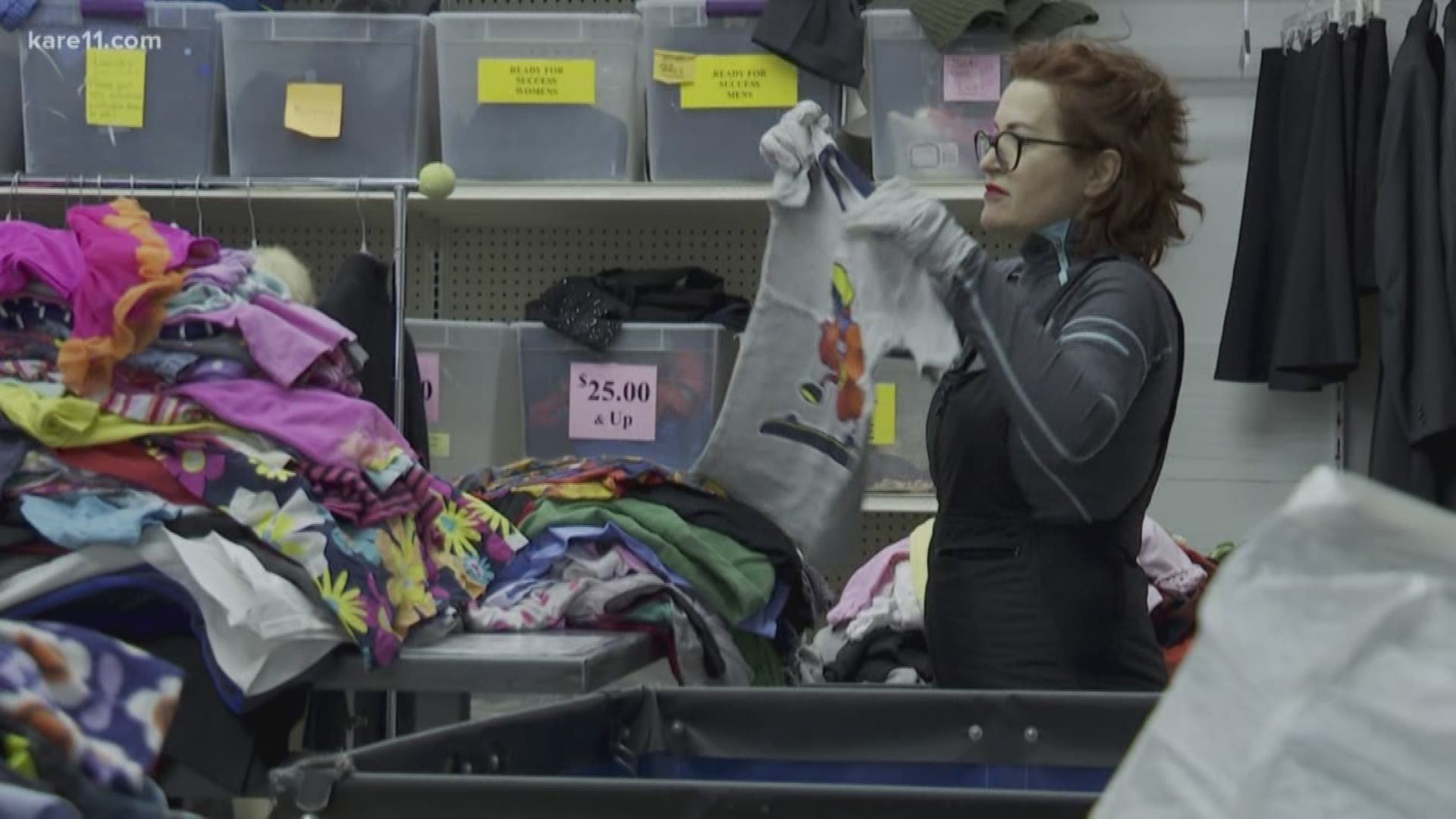 EDEN PRAIRIE, Minn. — At the Prop Shop in Eden Prairie, donations are rolling in. And for the nonprofit resale store serving hundreds of local families each year, a record January is a very good thing.

And Eddy has a good idea what's led to the donation increase.

"These husbands came in and they said, all the sudden my wife is watching this show and then all her clothes are on the bed and she's dragging everything out of her closet and all the sudden I'm carrying all these bags over here," Eddy said."

That show is Tidying Up With Marie Kondo, a Japanese organizing expert who goes into people's homes and helps them part with clothing and possessions that no longer "spark joy" in their lives.

"There's a sense of liberation in getting rid of something you haven't used in a long time. And the prospect that someone else will enjoy it, when you haven't been, that's kind of cool," said Dale Garton.

And in just a few weeks, it's led to increased donations at thrift shops and consignment stores across the Twin Cities.

"We've certainly seen an increase in these past couple weeks, even from the first of the year," said Erin Hente, of NTY Clothing Exchange in Maple Grove.

"It's got to be that. We can't attribute it to anything else," Eddy said.

Cindy says for the Prop Shop, that means being able serve families in the month traditionally they need it most.

"Our whole mission is taking care of these families. And we have to have donations for that," Eddy said.