Hennepin County health leaders say more than 100 people got sick after visiting Big Island during the 4th of July. 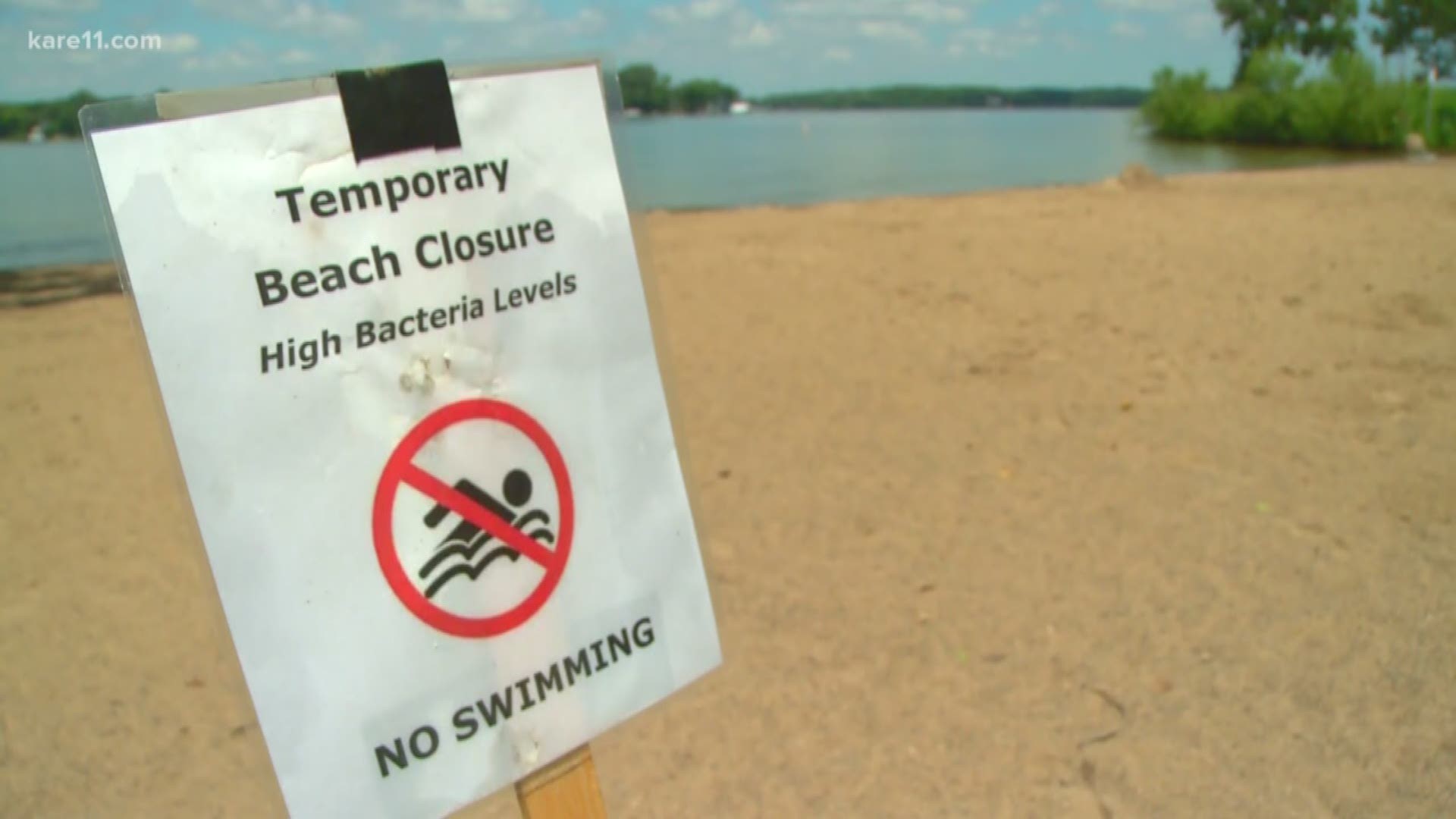 "We're surprised by the signs that said no swimming bacteria in the water," said Jeff May who is visiting from St. Louis. "Bummer. Kids were disappointed."

And that's also bad news for some of those businesses around the lake.

He is dealing with those E.coli concerns and then the big mystery surrounding Big Island where Hennepin County leaders say more than 100 people have gotten sick after being there the 4th of July.

Wells has now received roughly 40 calls concerned about the water. About a dozen of those calling to cancel.

"Ton of people calling in wondering what the water quality is out here on Lake Minnetonka. Worried to be out on a boat so I've had to explain to them, hey we don't really get wet," said Brose.

"If the lake was safe to use, if it was open or if it was closed because of the E.coli," said Rock Vam.

He reminds customers the lake is 14,000 acres and there are other places to go as health experts say these incidents are isolated.

He and Wells hope E.coli and the Big Island mystery are resolved soon.

The health department hopes to have more answers with their lab test results.