Susie Hatch is the owner of Fancy Paws Pet Salon in Lakeville. 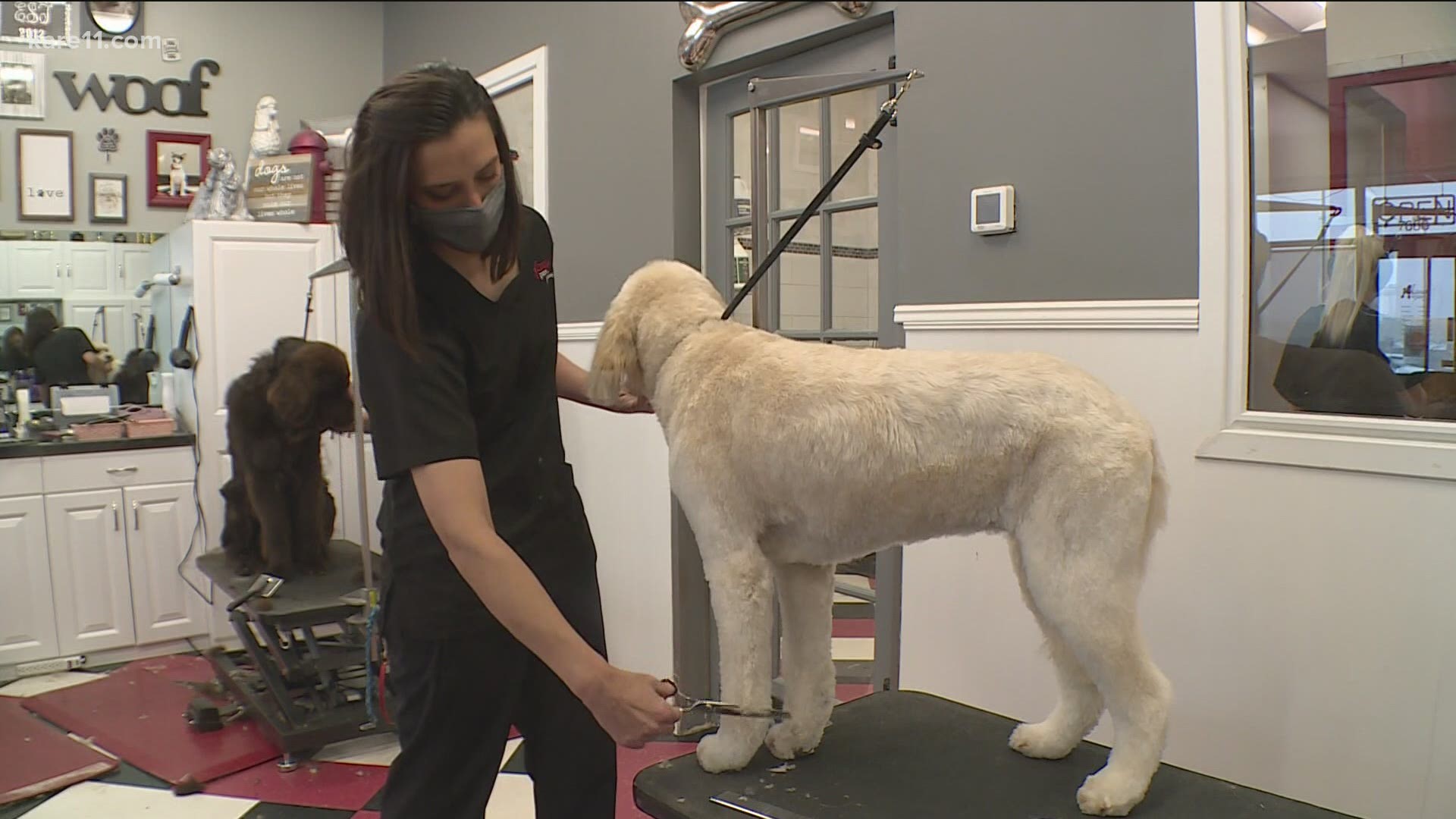 LAKEVILLE, Minn. — It's snowing outside. You turn on your computer to see if you can find a show you can stream while sipping on a warm cup of tea. You scroll and you scroll but you cannot decide on a show. Lost? How about "Haute Dog" from HBO Max?

The show is pretty much what you think it sounds like. It's a dog grooming competition show – the kind you can get lost in, watching episode after episode. Blink, and it will go by fast, and you might miss our local star in the show.

Susie Hatch is the owner of Fancy Paws Pet Salon in Lakeville and she appears in episode two of the first season of "Haute Dog."

"I've always had a passion to work with animals," Hatch said. "I started super super young, went to college, tried that – tried other things in life but I always went back to dog grooming."

When dream and passion meet, it looks like Hatch's shop. She and her team are booked with back-to-back appointments, doling out sharp looks for the clients they genuinely love.

"Our hands are over every single inch of the dog," Hatch explained. "And we've found lumps and bumps, and [have said] 'Hey, this toenail looks funky, this is infected, go to your vet.'"

She explained that building a relationship with both her four-legged and two-legged clients is crucial, as dog grooming isn't just a thing done for looks. It's essential for many breeds and healthy for them as well.

However, even a job dealing with puppies all day is still hard work.

"As groomers we're artists and we always – sometimes you get a little burned out," she said. "Sometimes you need that little fire to get motivated again. That's what grooming competitions do for me."

Her statements seem accurate, as the top of the cabinets and walls of Fancy Paws Pet Salon is adorned with multiple trophies and winning smocks and medals from grooming competitions. Hatch and her scissors are seriously no joke, as she is one of ten people in the nation on Groom Team USA.

As a competing groomer, she said usually her task is to make dogs look like the idea of their breed, according to American Kennel Club standards.

"They definitely go by the breed standard, what the breed is supposed to look like," she said. "So whatever is best, and honestly it sometimes comes down to a hair [being] out of place."

So when she auditioned and made it onto 'Haute Dog,' she wasn't expecting to stray too far from the rules.

RELATED: A Pupdate: Riptide the pup is thriving in rehab

"So the show was more creative and it was not our ballpark," she said. "Which made it super fun. We had to go outside of our normal box. We're all breed standard groomers trying to do something create, which sometimes it worked and sometimes it didn't work."

She said she was nervous because the show encouraged contestants to tap into the creative, and wackier side of things.

"It was fun to see everyone else's ideas and what they were going to do," she said.

We're not going to spoil the show for anyone here. However, the wagging tails of her four-legged customers indicated to us that they were pretty happy to be groomed by a local artist representing Lakeville on the national stage.

"It was an honor to be on the show and a part of an awesome team of groomers to rep the U.S. and I also feel like people don't realize the support system you have to have," she said. "My coworkers, and my husband are awesome. There's a lot of stuff behind the scenes that can make it happen so I really think about that stuff when people say all of the accomplishments."