10-year-old auctioneer is star of stockyards 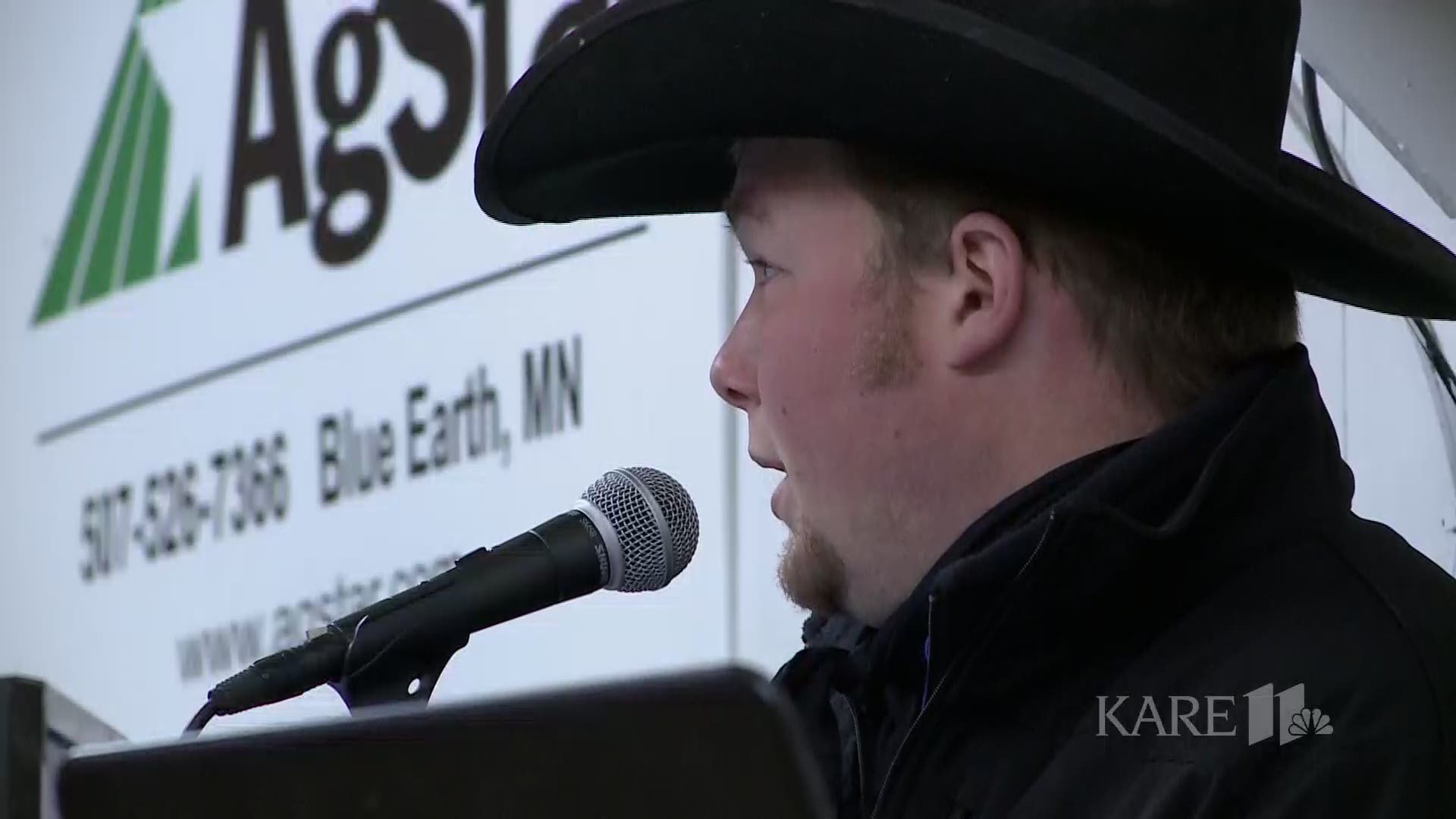 By now the members of the Owens household give not a second thought to the auctioneer's chant coming from the bathroom shower.

It's just 10-year-old Cash getting his reps in.

Come Fridays the fifth grader is front and center at the Blue Earth Stockyards - selling cows.

"When he gets up there he just gets in his element," Cash's dad, Dan Owens, says. "It's pretty amazing to see."

Cash got his first lesson in auctioneering during a drive home from Montana with his dad and a family friend, who happens to be a full-time auctioneer.

"So for 795 miles home, every fence post and rock and pickup and cow and everything else that they saw got sold," laughs his father. "I was so ready to get out of that pickup."

When Cash's parent's bought the stockyards last year, he was ready to take the stage.

The four other Owens children have roles of their own at the stockyards.

Seven-year-old Chase distributes cookies to the cattle buyers in the wooden bleachers, 13-year-old Cheyenne can be found on horseback driving cattle toward the sales barn and 12-year-old Cody and 15-year-old Cole take charge of sorting.

And why has Cash taken on the role of auctioneer?

"He likes to talk a lot more than us," Cole said.

"Could never stop," he says. "I just wanted to talk all the time."

So it's worth noting that the kid who barely takes a breath, once nearly took his last.

Cash was born with intestines that had developed improperly.

"He stopped breathing," says his father.

A Mayo Clinic team resuscitated Cash a dozen times before placing him on a respirator.

Cash spent two months in the hospital recovering from surgery before his parents were able to bring him home.

They believe that Cash's time spent clinging to life, helped shape the 10-year-old they marvel at today.

"I just know as a mom that there's something there," says Leah Owens.

That hard to define "something" is what allows Cash to sit elevated in a sales ring in front of dozens of seasoned cattle buyers without a hint of fear.

"I just think he enjoys life more," says Dan Owens. "I think he appreciates it because he was close to not having one."

By all accounts the buyers are enjoying the experience, too.

"I probably buy more hay than what I need just to watch him sell," laughs Lloyd Olson, who often attends the hay sales Cash auctioneers for the stockyards.

Cash is already looking ahead to his 18th birthday when he'll be old enough to compete in auctioneering competitions.

Until then, no one has to worry about him being dirty.

"I take like 30 minutes taking a shower," he says.

As long as the hot water holds up, the sky's the limit for Blue Earth's auctioneer prodigy.