Minnesotan Elliott Tanner wants to learn "the deepest secrets of the universe." 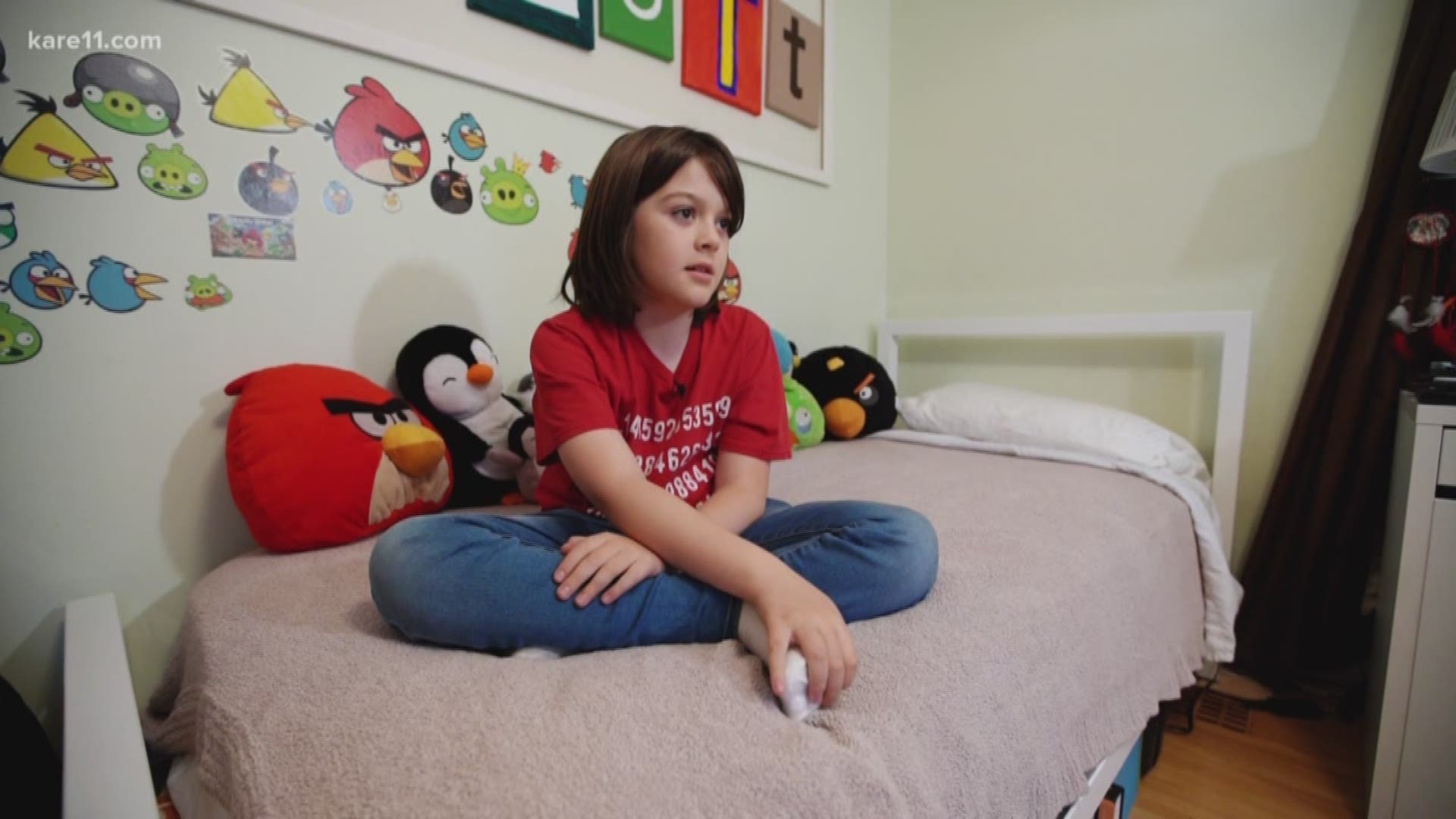 BLOOMINGTON, Minn. — If we told you a 10-year-old feels at home in a high school precalculus class, you might be impressed.

Moments later, Elliott spins in a dizzying circle as 10-year-olds are prone to do.

“He should be in elementary school and he's way above my high school students that are about to graduate,” Bloomington Kennedy math teacher April Baden says.

Yet, none of that should come as a surprise.

Elliott has already aced college algebra, physics for scientists & engineers, trigonometry and calculus – earning a 4.0 GPA as he nears the end of his second year at Normandale Community College.

Again, Elliott is 10 – an age that would typically put him in 4th grade.

“I think we kind of have to step out of the box sometimes to realize that this isn't a normal situation,” says Michelle Tanner, Elliott’s mother.

Not normal, even four weeks after his birth, when Elliott rolled over on his own.

“It just started happening really, really quick," Patrik Tanner, Elliott’s father, says. “It was just us trying to keep up.”

Elliott spoke his first words at seven months. By a year, he was completing short sentences.

By age 2, Elliot could recite the alphabet. “And then he learned it in Swedish right after that, for the heck of it I guess,” his father says.

But from the start, Elliott's true love was numbers.

“He would have these little magnetic numbers, they were his little lovies instead of stuffed animals,” Michelle Tanner says.

Elliott carried his numbers wherever he went. “By 3 he was doing addition with them on the play rug in his room,” his mom says.

By 4, Elliott was giving math lessons to anyone who would listen.

“This is 20 plus 20 and it makes 40,” he said in a video shot by his mother. Camera rolling, Elliott then launched into an explanation of rounding numbers to the nearest tenth.

Elliott's only failure: kindergarten. He was too academically advanced to fit in with the other kids.

“When everybody else was talking about superheroes he wanted to talk about a particle accelerator,” Michelle Tanner says.

“He just consumed curriculum faster than I could buy it. He was done with algebra in a month and done with geometry in two weeks,” Elliott’s mom said.

Having breezed through the high school curriculum, at 9 Elliott started as a full-time student at Normandale Community College – much to the amazement of his college classmates.

During a recent class, Diaby and another student worked with Elliott on a group project, exchanging ideas and casual conversation.

While Elliott is in class, his mom takes a seat at a table in the hall. The professional photographer does work on her laptop and keeps up with social media.

Elliott checks in with his mom between classes.

“Normandale asked that I stay, and I completely agree,” she says. “He’s still little.”

At home in St. Louis Park, Elliott enjoys playing guitar and hanging out with his neighborhood friends. They ride bikes together and play Dungeons and Dragons.

Both parents have heard judgmental whispers that perhaps they are pushing their son too hard.

“We're not pushing, we're being pulled,” Michelle Tanner says. “He's taking us for a ride.”

Soon, Elliott's ride will be taking another turn. He's already visited the University of Minnesota and plans to attend in the fall.

“I don't know exactly how this works,” Elliott says, “but I want to at least get a doctorate.”

Elliott notes that he could be done with college before he’s old enough to drive a car to the campus.

Yet, he says, “I think I'm ready for the next step. I want to know the deepest secrets of the universe.”

His parents just want the best for Elliott.

“I want him to have the world and whatever he wants,” Michelle Tanner says. “And long as he continues to be a kind person and follows his heart, I think he's going to be just fine.”

Elliott’s father adds, “Just want him to be happy. That’s what it’s all about.”