Still a high school junior, Will Wanish built a syrup production facility with $30,000 in new equipment. 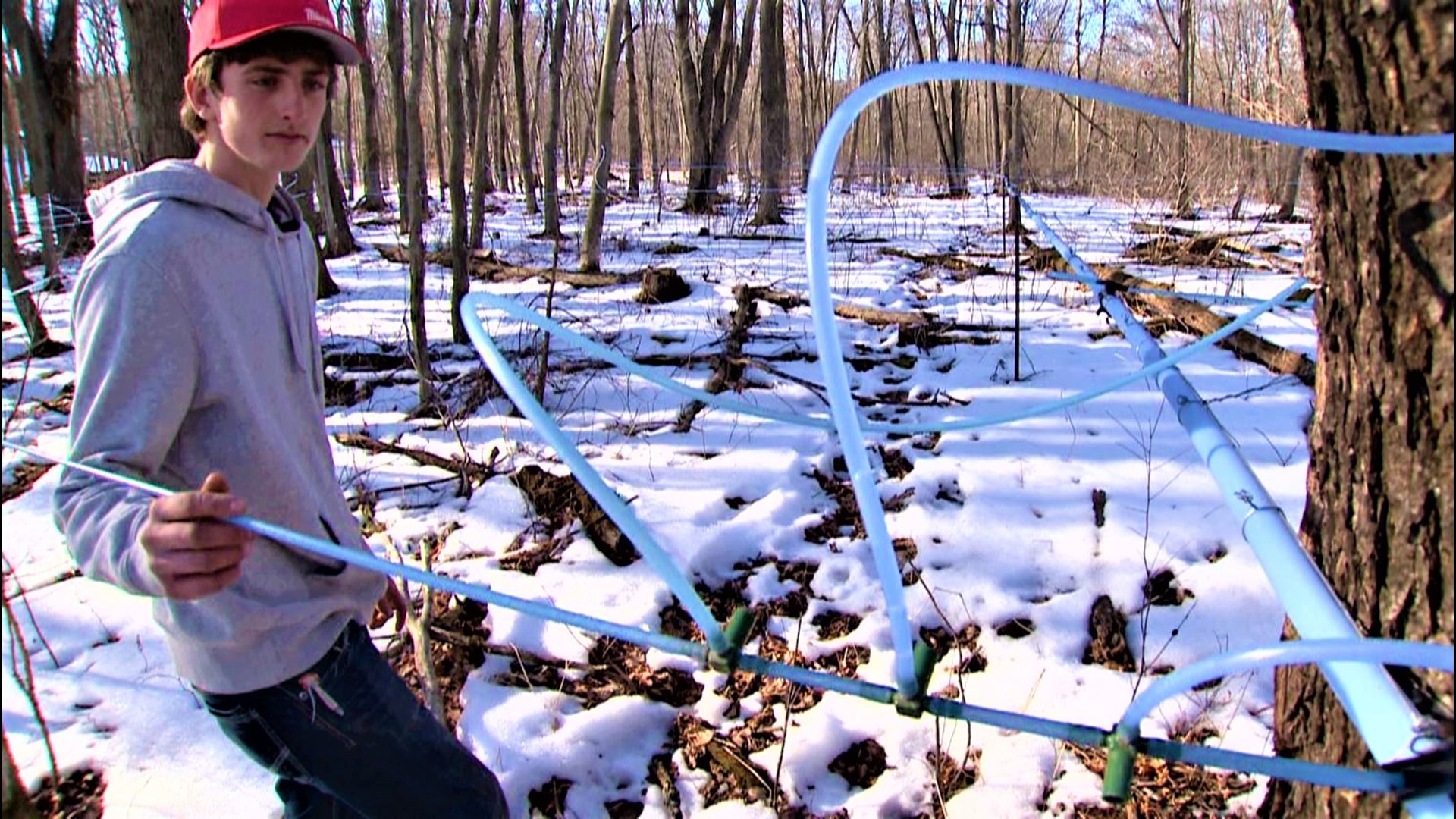 COLFAX, Wis. — A lot of pancake-snarfing kids consider themselves fans of maple syrup, but a western Wisconsin teen is doing them all one better.

Sixteen-year-old Will Wanish has become a maple maven, with thousands of trees tapped, a new production facility and syrup on the shelves of 100 stores.

“This is what I want to do for the rest of my career,” the driven Colfax High School junior says. “I don’t even eat breakfast in the morning – get up and go.”

Will’s interest in maple syrup started from a seed planted four years ago by his uncle, a maple syrup hobbyist.

“I said, ‘You know you can go to Walmart and buy a gallon of Mrs. Butterworth for seven bucks,” Todd Wanish says with a laugh.

Todd’s son would not be deterred.

From a few tapped trees in his yard, Will has expanded to roughly 3,000 taps on several parcels of forest land owned by his grandparents and neighbors.

Small-scale collection bags have been replaced by miles of tubing, through which maple sap is collected into large tanks and pumped out daily for the syrup-making operation Will fires up after school.

“This is all I think about,” Will says.

At 15, Will used money he’d earned working at a neighbor’s dairy farm to build a gleaming steel sugar shed.

He then equipped his shed with $30,000 in syrup making equipment, purchased with a microloan he received from a local regional business fund.

For Will’s parents, it was just another reminder their son is not like other teenagers.

“Even when he was little, there was no naps,” Heather, Will’s mother, says.

Todd says mornings with his young son were something to behold. “The blankets would fly off the bed and the feet were spinning before they even hit the ground.

With marketing help from his mom, Will’s syrup is now on the shelves of 100 stores, from Milwaukee to the Twin Cities.

During the busy spring weeks, friends and relatives help Will with bottling while his dad and grandpa collect sap in 300-gallon tanks mounted in their pick-up beds.

“We’re the unpaid interns,” Will’s dad says with a laugh.

Just shy of his 17th birthday, Will is already weighing expansion.

Credit: Devin Krinke, KARE
16-year-old Will Wanish inspects the tubing he installed to collect maple sap in his grandparents' wood

Some school nights, the lights in Will’s sugar shed will burn until 4 a.m. He’ll grab a few hours of sleep, then wake for classes.

Will’s energy seems as boundless as the spring maple sap he processes.

1 / 5
Devin Krinke, KARE
16-year-old Will Wanish inspects the tubing he installed to collect maple sap in his grandparents' wood