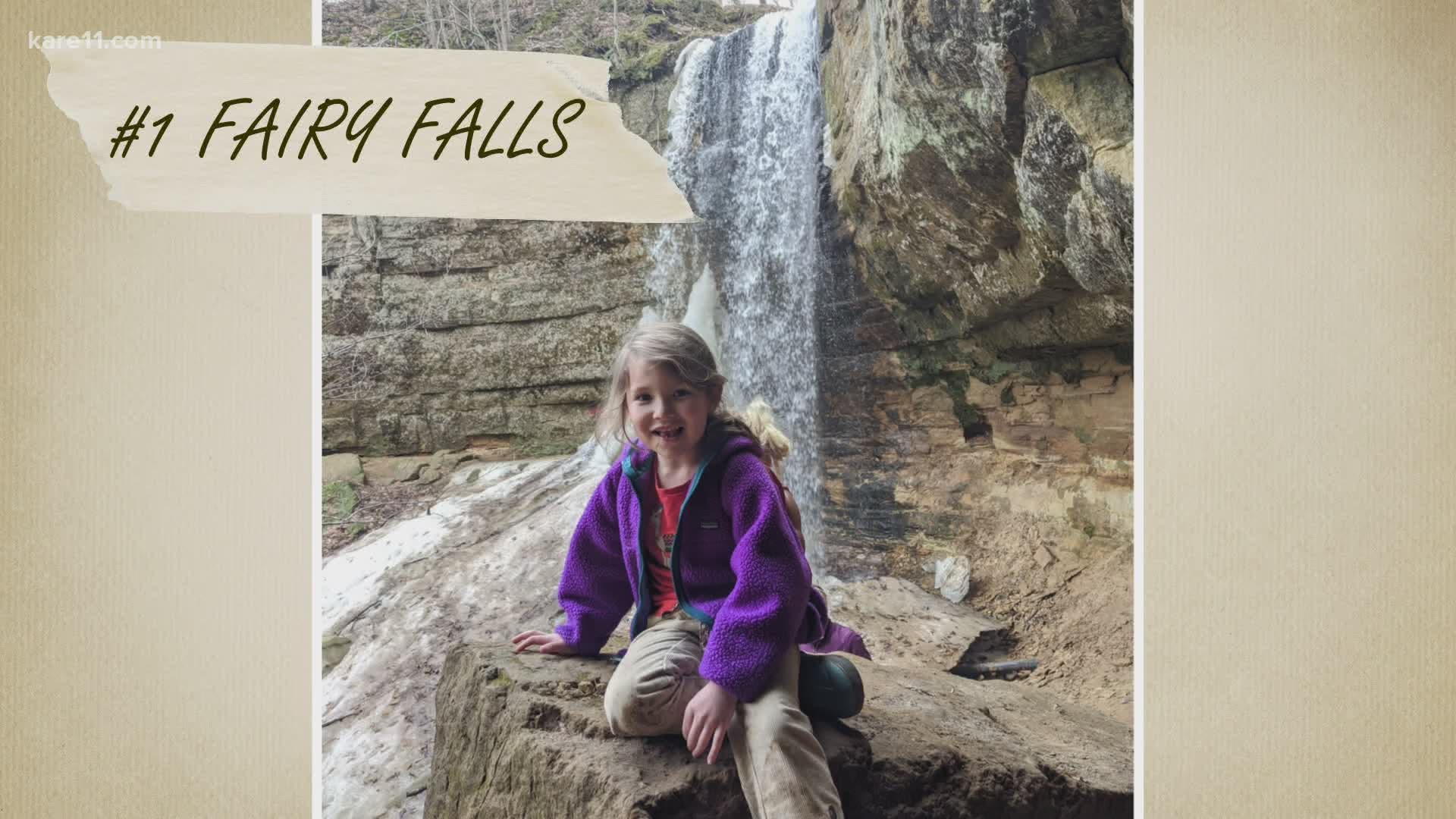 “Just thought of it in my brain,” Wynn says when asked how she came up with her lofty goal.

With help from her mom, Wynn began her waterfall pursuit on March 28th at Fairy Falls in Stillwater.

Wynn ended her tour earlier this month at Winnewissa Falls at Pipestone National Monument, clutching a sign that read “67th” as she smiled for photos.

“I just told her we weren't going to sit around and watch YouTube all summer while we were in quarantine,” Colleen Radke, who'd also been furloughed from her job, says. “So, I told Wynn she had to pick an outdoor adventure.”

Wynn quickly shot back, “67 waterfalls,” a number she pulled out of the air.

Her mother initially thought Wynn had said “six or seven” waterfalls, but gradually she embraced her daughter’s ambitious goal.

The pair traveled across Minnesota and western Wisconsin, sometimes camping overnight or hiking miles in their pursuit of waterfalls.

“It was just a really fun time for the two of us to bond and grow and heal together,” Colleen says.

Healing was needed.  Ten days after being called back to her jewelry store job, Colleen was laid off for a second time when the store was looted during the George Floyd protests.

So, mom and daughter hit the road again.

The pair was at Big Falls in Eau Claire, when Colleen’s attorney called to let her know her divorce from Wynn’s father had been finalized.

“It was a very difficult divorce,” Colleen says.

Waterfall visits got them through it.

“I think it kept both of our minds off it,” Colleen says.  “She could feel my stress during everything.  I also think that it helped shield her from all the craziness going on.”

The goal met and Colleen now back at work, mom and daughter love sharing memories of their adventure.

“As a single working mom, I don’t think we’ll have an experience to have a summer together ever again,” Colleen says.

Wynn sums up the chase to 67 waterfalls in different terms.