RJ Smith has spent nearly 80 years collecting wayward golf balls, while building one of the largest collections in the world. 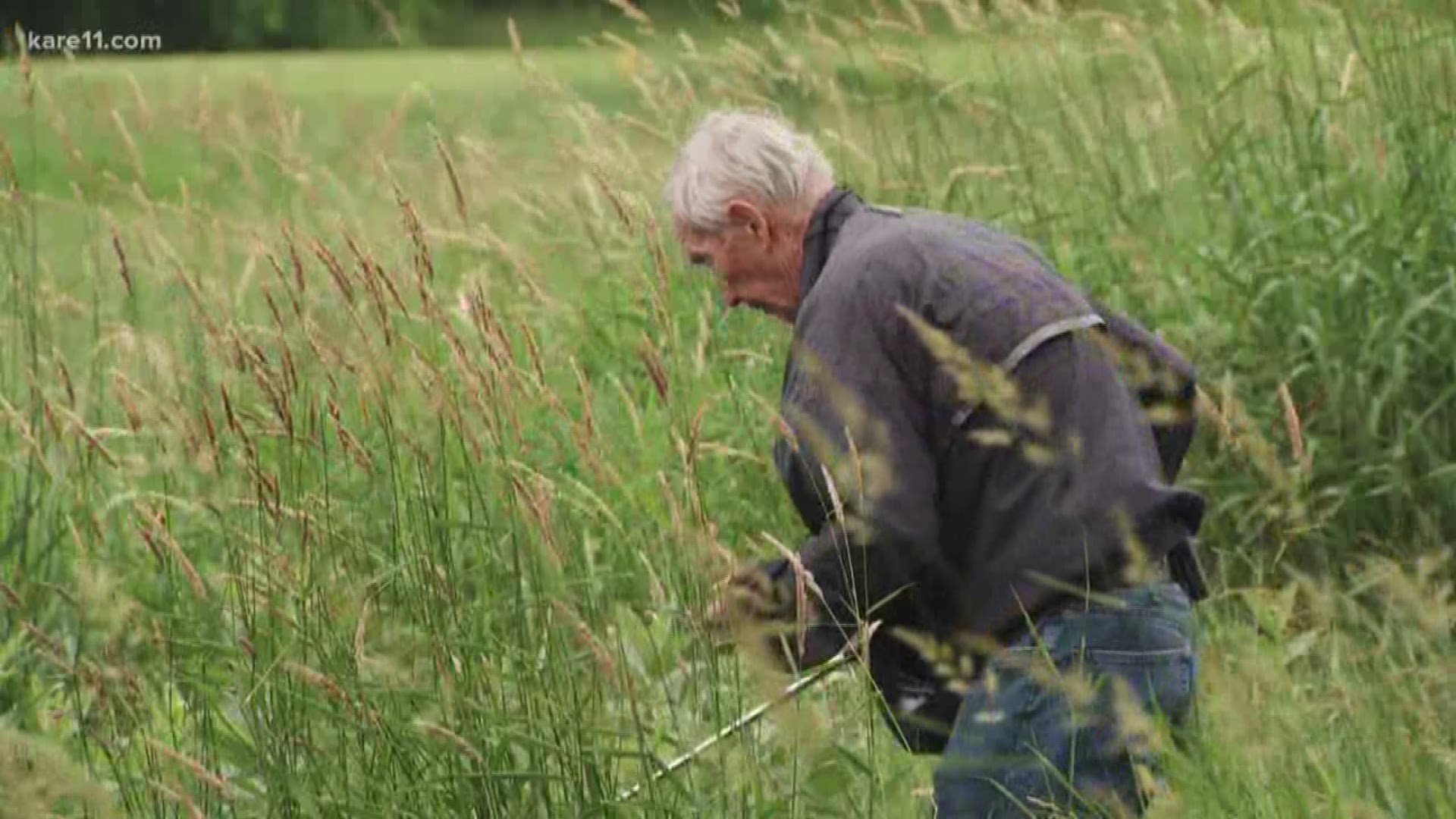 ROCHESTER, Minn. – If you’ve ever wanted to own one of the world’s largest collections of golf balls, start teeing up.

A Rochester man who’s amassed roughly 70,000 unique golf balls, is ready to part with them.

“I don’t want any of the money,” 90-year-old RJ Smith says. He plans to donate every penny to charity.

“It’s just payback time for all the good health I had to hunt golf balls all these years,” Smith says.

RJ Smith took time off from his collecting during his military service. (Photo: Boyd Huppert, KARE 11)

Smith collected his first ball as an 11-year-old caddy. Aside from a break for military service in the 1940s, he never stopped.

Today, Smith’s collection fills 460 milk crates, stacked floor to ceiling, in a garage in his backyard.

“The magnificent obsession,” Smith calls his pursuit of nearly 80 years.

In his entire life, Smith has never paid for a golf ball. Instead, he hunted them down, mostly in the roughs, ponds and woods at Rochester’s golf courses.

“This is my office,” Smith says with a laugh as he hunts in a wooded stretch along the 1st hole at Northern Hills Golf Course.

“He'll come in and get a cart, ‘I'm just heading to my office quick, hold my messages,’” says Mike Manahan, the pro at Northern Hills.

Manahan compares Smith’s ability to navigate thick brush in search of a wayward ball, to that of a goat.

Smith shows little sympathy for those who lost the balls, he’s found. “No,” he laughs, “You’re supposed to play on the fairway."

“My wife always knew where I was at,” Smith says. “I wasn't sitting in the bar.”

Smith does like to sit, these days, for a few minutes, at Northern Hill’s 3rd hole.

That’s where the bench was erected to honor Smith’s wife Dee, who died in 2002.

“I couldn’t get her off the golf course and she couldn’t get me on to play with her,” Smith says. “So, I’d just go hunting golf balls while she played.”

But Smith has concluded it’s time the sell his collection and donate the proceeds.

“God has given me everything I've ever wanted in life and I've never had to ask,” he says.

Now RJ Smith will be able to say he gave at "the office" too.