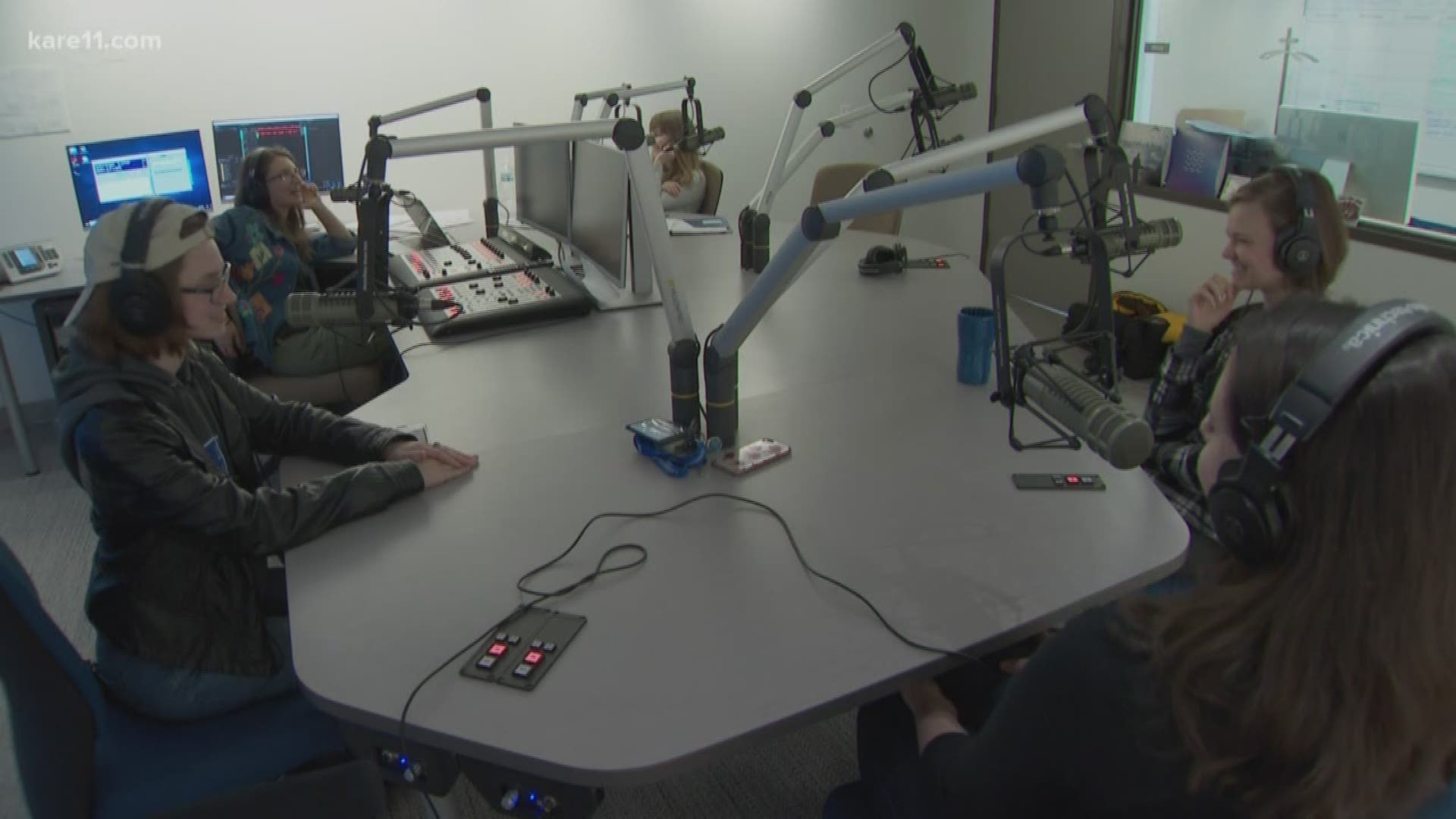 MILWAUKEE — In life, Steve Walter’s taste in music didn’t quite cut it for his daughters.

“Dad’s music is lame to me,” Nang Walter, a college freshman, remembers thinking.

It took Steve’s death - a year ago next week - for Nang and her sister Jenn to come around to their father’s musical way of thinking.

Now, not only do the sisters tolerate their father’s favorite songs, they share them with listeners of the Marquette University radio station.

“It’s something to hold onto,” Nang’s sister, Jenn Walter, says.

Early this school year, the sisters founded “Dad Rock Radio,” a 90-minute weekly show interspersing stories about their father with the hundreds of songs Steve Walter had downloaded before he died.

“He liked '80s music, he liked Barenaked Ladies, he liked Jack Johnson, he liked Ryn Weaver, she’s like some random pop artist who was on Saturday Night Live,” Jenn continued.

The Marquette senior pitched the idea to Nang, who takes the train from DePaul University in Chicago to join her sister in Milwaukee for the Friday late afternoon show.

In the months since, they’ve discovered a small community of other students who are part of the club no one wants to join.

Meredith Lowry, a Marquette student from Minnetonka, Minnesota, lost her dad when she was 10 years old.

Recently, she joined Jenn and Nang as an in-studio guest.

“It's never not something that you think about, it's always a part of you,” Meredith said.

For years, Meredith says, she kept her grief inside. “So, I think this has helped me open up a lot.”

Credit: Boyd Huppert, KARE
Meredith Lowry with her dad, Dave, who died when she was 10.

During the show, Meredith joined Jenn and Nang in a round of “Dad Cards,” a game in which participants draw from a coffee mug a word they then relate to a story about their father.

Meredith’s drawing of the word “egg” evokes on-air memories of a burned breakfast and her father’s struggles with cooking.

“It doesn’t have to be bad,” Meredith says of her grief. “You can think about it through happy memories.”

It’s one of those songs Jenn and Nang once put in the “lame” category.

Now, they hear it differently.

“I think the fact that it was one of my dad’s songs makes it special,” Jenn says.

Steve Walter was 50 when he died during a business trip to Las Vegas of a heart aneurysm. Jenn was studying in Germany when she got the news.

“I had to take a train from Marburg to Frankfurt,” Jenn says, wiping away tears. “I just kept crying for no reason and what really broke my heart was seeing all these families and all these dads with their kids on the train and just knowing I didn’t have that anymore.”

The sisters made a playlist of their dad’s music for his funeral reception, which went unplayed because the speakers weren’t working in the room.

Still, the process of assembling the songs lit a spark. “She sent me a message,” Nang says, glancing at her sister. “’Hey, how would you feel about coming up to Milwaukee every other weekend and doing a radio show?’”

The show is now streamed online every Friday from 4:30 to 6 p.m.

During a recent show, Nang and Jenn were joined in-studio by their mom and 15-year-old sister, Claire, in town from Michigan.

“It's good to see them just celebrating all those memories,” Lauren Walter said of her daughters. “And it's good for me because I see it's good for them.”

Steve Walter’s wife and daughters agree he would have been uncomfortable with so much attention directed his way. Yet, they also know he would be proud of his daughters.

“So much good has come out of it and I know he’d be proud of it,” Jenn says. “But I also wish that he was here to see it.”