Harry Camp and Don Carruth met for first time in 'Game for the Ages.' 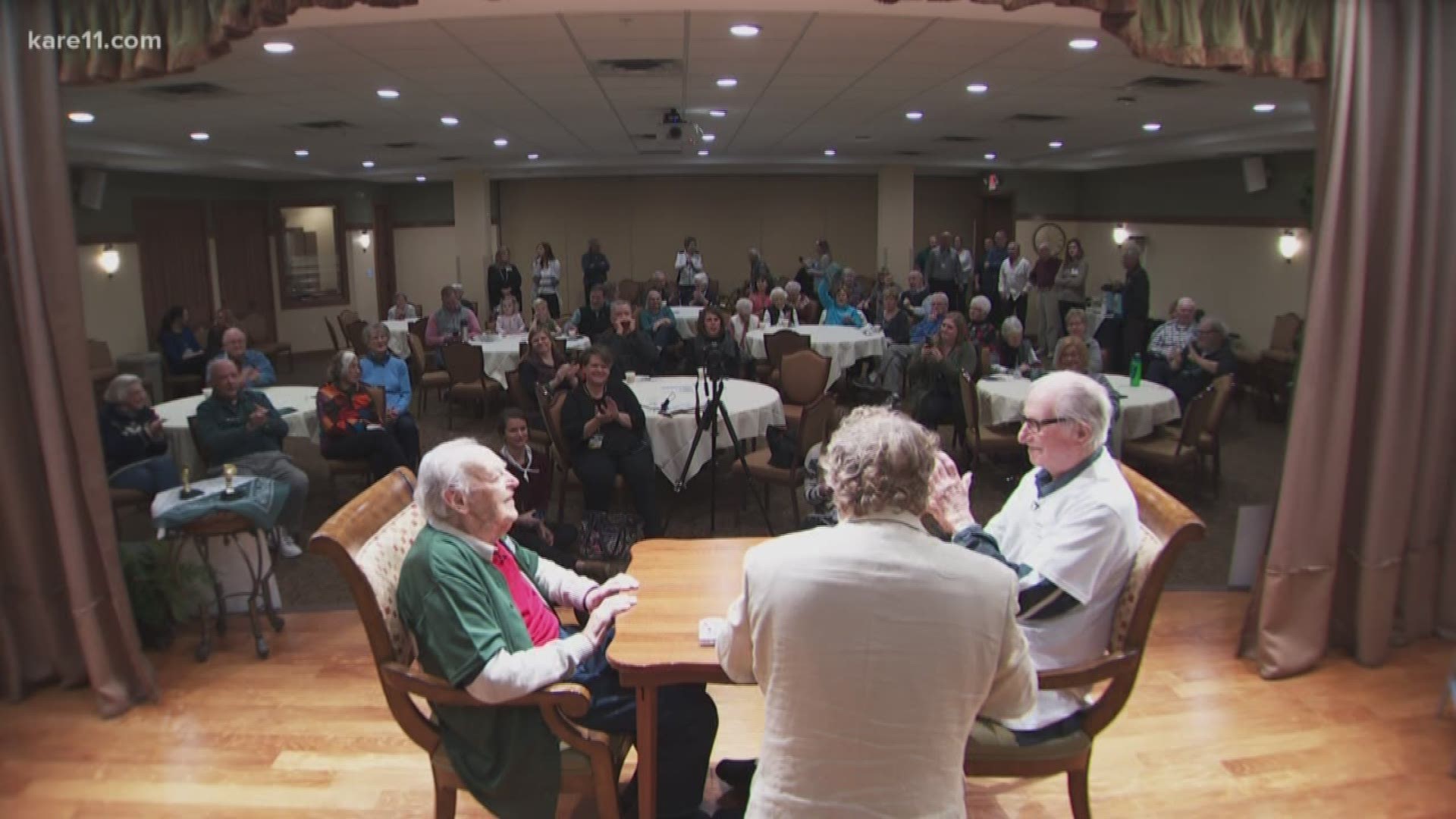 NORTH OAKS, Minn. — In the game of life, Harry Camp is already in triple overtime.

“I was born September 20, 1910, which makes me…”  Harry pauses, just a second, to think about a number no one expects to reach.

108 years of age, makes Harry the 15th oldest man in America, according to website that tracks such things.

Harry is number one in Minnesota – and at cribbage.

“He's a very good player," Myrna Camp, Harry’s wife, says from across a cribbage board.

“Thank you honey,” Harry responds, barely looking up from his cards. He currently leads the game he’s playing Myrna in their apartment at Waverly Gardens senior community in North Oaks.

They play at least once a day.

“Since he started the cribbage club here, they always look to him for guidance,” Myrna says.

“Myrna wouldn't want to play with anybody except to beat the best,” he says.

But today will be a different kind of challenge.  Harry has a cribbage date with a new – and younger - opponent.

“Here they come,” announces Rob Lahammer, an executive director at Presbyterian Homes, as the red Chevy Tahoe pulls up to Waverly Gardens.

Slowly and deliberately, Don Carruth emerges from the passenger seat.

“How old are you sir?” a reporter asks.

Don’s response is matter-of-fact. “105,” he says without breaking stride as he heads for the entrance.

Inside, Don informs all within earshot that he’s in no mood for chit-chat.

“When I'm supposed to do something, I want to do it,” he says bluntly. “Let's get it done.”

Excitement builds as the Waverly Gardens auditorium fills with spectators. Harry is wheeled toward the stage, stopping several times for hugs and encouragement.

“What's going on today, we're having a cribbage tournament between two of our oldest residents in Presbyterian Homes,” explains Rob Lahammer, who arranged for Don to travel from his apartment at SummerWood of Chanhassen to Waverly Gardens.

“When Harry met Don, a game for the ages,” says Rob, repeating the title that tops the posters pinned to the bulletin boards publicizing the event.

“He's been playing cribbage probably most of his life,” Bob Carruth says about his dad.  “He loves the game, played with my mom forever.”

Harry has thrown down the gauntlet.  “It's going to be a pretty good person that beats me,” he said earlier in the day.  “So, we're going to find out today.”

Rob introduces the players who’ve been fitted with white and green jersey, their respective ages – 105 and 108 – displayed in large numbers on their backs.

Microphone in hand, Rob informs the crowd both Harry and Don were alive when women gained the right to vote - and were of drinking age during prohibition.

“Just tell me to stop,” he tells Don, “if you get annoyed with me talking too much.”

“Oh, it's serious, cribbage is serious for my dad,” Bob Carruth says. “Go dad!” he cheers.

Myrna Camp nervously watches her husband take an early lead, then surrender it.

After several hands, one point separates the players.

“This is crazy,” Rob Lahammer announces to the crowd. “Harry Camp is four pegs away, Don Curruth is three pegs away.”

Myrna puts her face in her hands as the tension builds.

Then, the young upstart makes his last move.

The crowd cheers and Don and Harry shake hands.

For Don, there will be no savoring the victory.  He takes a bow and grabs hold of his walker.

“Just another game,” Don says as heads for the door.

Harry lingers, remaining onstage at the table as he excepts congratulations for a game well played.