Army buddies Ten Cynor and Vern Ehnert lost touch after returning from the war, before Ted's daughter reunited them. 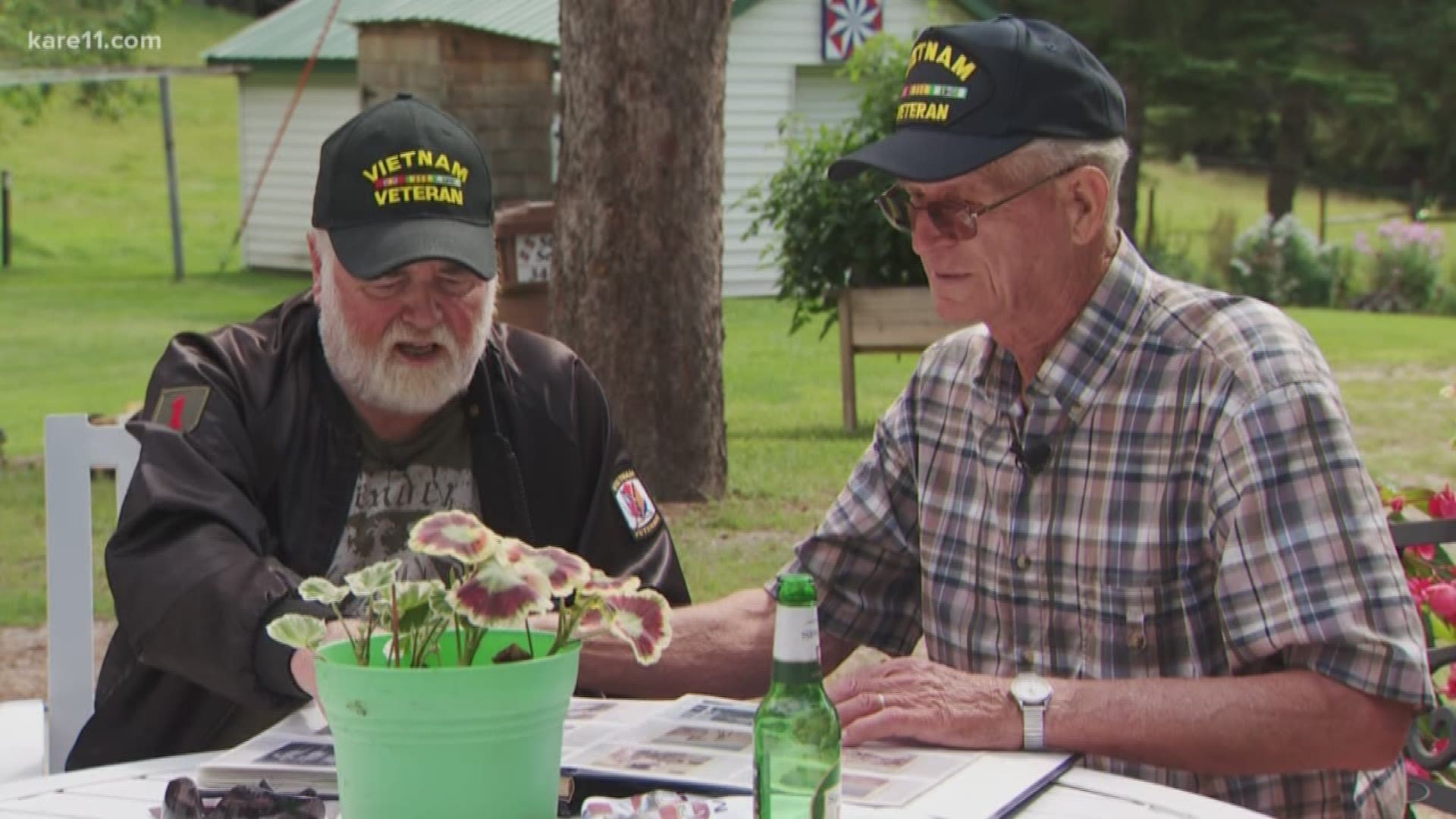 FRAZEE, Minn. — When the uniform came off, Ted Cynor's war went on.

“I remember being a little girl, he would wake up with night terrors,” Ted’s daughter, Cindy Wirth, says. “I would hear him scream. He would wake up in the middle of the night just soaking in sweat.”

Credit: Boyd Huppert
Cindy Wirth arranged for her father, Ted Cynor, to reunite with his closest friend from during the Vietnam War.

Ted, a wide-eyed farm kid from Sheldon, Wisconsin, was sent to Vietnam at 19 – in over his head and under the watchful eye of a mentor and friend.

Ted flips through a stack of black and white photos and points. “Fort Riley Kansas, that's Vern and that's I,” he says.

Ted points to a photo of himself sleeping in his bunk at Fort Riley as Vern, inches from Ted’s face, mugs for the camera.  “I was sleeping one night and he came back from having a few drinks,” Ted laughs.

Vern and Ted left Fort Riley together, shipping out to Vietnam in 1965 – still early in the war.

“They said your destination is Southeast Asia. We didn't know anything about Vietnam,” Ted recalls.  “Nobody in our platoon, ‘What the hell? Where's Vietnam?’”

Such questions came with answers that would shape the rest of their lives.

“I don't know how they made it through when you look at about 60 thousand people who never made it back,” Cindy says of her dad and Vern.

Ted still vividly remembers the first hours after his platoon came ashore.  “That first night was all hell,” he says. “Everybody was shooting at everything.”

Ted survived, that night, and a year's worth of days to come, with Vern by his side.

“We used to dig holes - and fox holes at night - and sit with our back to one another,” Ted says.  “We were like brothers, Vern and I.”

And then, having served their country, Vern and Ted took off their uniforms and went home – never to speak to each other again.

Ted struggles to explain it.  How could they be so close, yet so quickly drift apart.

Yet, Cindy believes she understands.

“When they came back, I think they just wanted to forget what actually happened - just the horror of it,” She says.  “My father never spoke about anybody.”

But, then, Cindy grew up to be a middle school teacher taking classes to Washington D.C. and the Vietnam Veterans Memorial.

“He asked me to look up a few names for him that were on the wall,” Cindy says.

As she rubbed those names in pencil on paper, Cindy knew instinctively a page had turned.

“When he asked me to bring those names home, I knew it was time to start reaching out to find his buddies that were still alive,” Cindy says.

It didn’t take long for Cindy to figure out the first person for whom she would begin searching.

An internet search and a couple phone calls later, she found Vern several hours away in Frazee, Minnesota.

A few weeks later, Ted stepped out of a car and into a handshake with his old war buddy.

“Luverne!” Ted said as the two men embraced. “You old dog, ain't seen you for so long.”

From the house, Vern retrieved a beer which the two friends split.

“I always looked up to you Vern,” Ted told him.

The next few hours were spent swapping old stories and catching up on 50-plus years.

“I think what they went through, the stories they told each other – that was their family,” Cindy says. “And, so, reuniting them I think, is just - it brings that family back together.”

Call it a daughter’s intuition that old soldiers, like the frayed uniforms they once wore, can still be mended.

Note: Since Ted and Vern reunited, Cindy Wirth has located, in Michigan, two additional buddies from Ted and Vern's unit.  She has set up a gofundme page to raise funds to send all four veterans to the Vietnam Veterans Memorial in Washington D.C. None of the four men have had the opportunity to visit the memorial.