Minnesotan Isaiah Tuckett baked and sold thousands of cupcakes to achieve his dream. 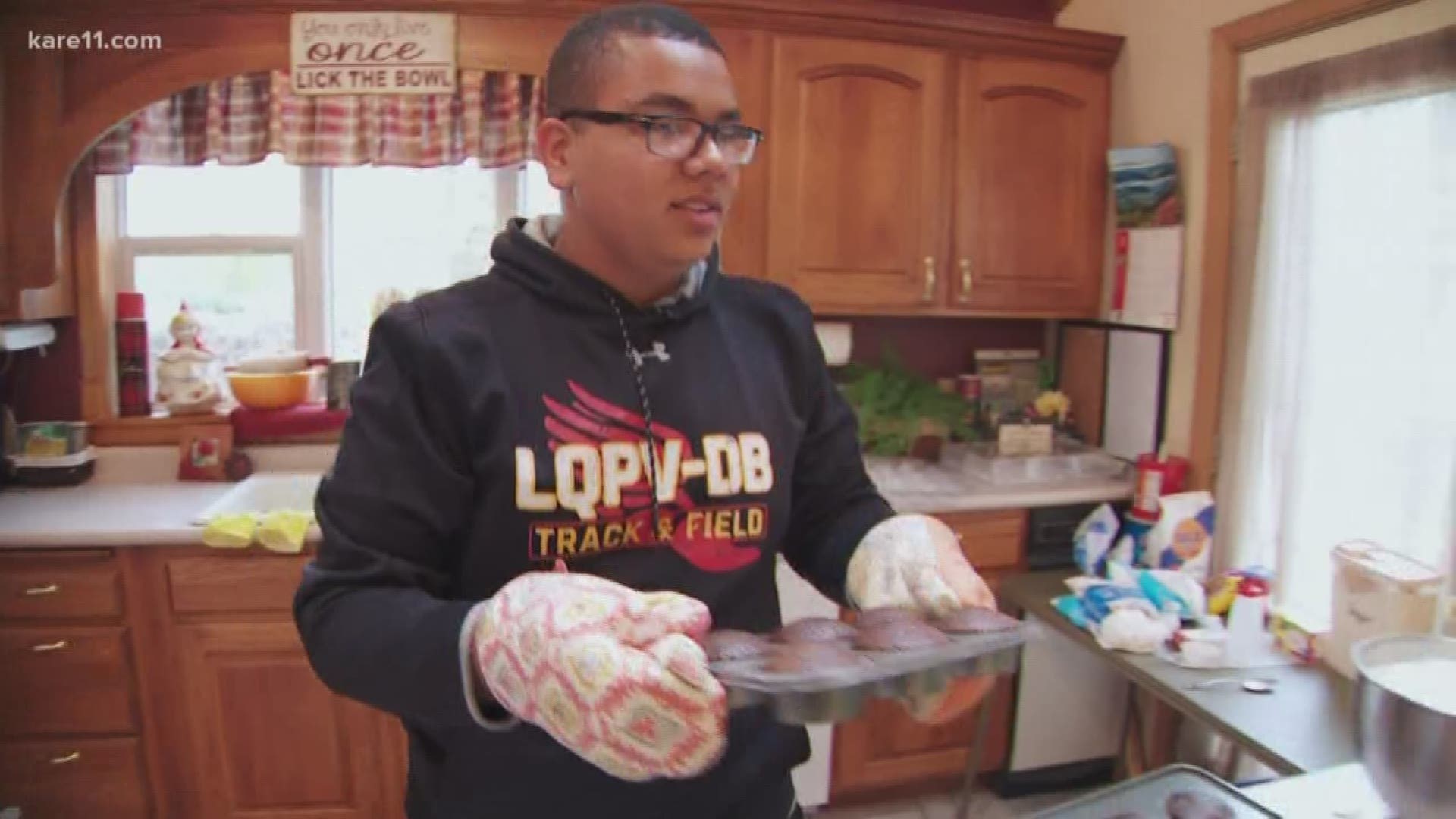 MADISON, Minn. — For as long as he can remember, Isaiah Tuckett has been asking his parents to take him to Disney World.

“They just kind of made an excuse,” the 14-year-old says.

Many parents can relate.

“A lot of it was probably financial. We just couldn’t afford it,” says Dan Tuckett, Isaiah’s father.

Dan and Cheri Tuckett pride themselves on managing a family that lives within its means. When there was money for travel, it was directed at flying the Tuckett family to New York, where Dan grew up and his extended family still lives.

None of which was helping Isaiah get to Disney World. He could have whined or pitched a fit.

“He went to the town,” Cheri says, laughing giddily at what her son accomplished in just one year in her kitchen.

Isaiah, who had already shown an aptitude for cupcake creation, went on a spree. At $20 a dozen, Isaiah sold enough cupcakes to pay for airfare, hotel and Disney World tickets for his mom, dad, sister, brother, sister-in-law and nephew - seven people in all.

“I felt like it should be a family event,” Isaiah says. “I was surprised I did it in a year.”

Credit: Tuckett family photo
Isaiah Tuckett (far right) among the seven members of his family he took to Disney World.

To accomplish his goal, Isaiah needed customers. It didn’t hurt that a month after Isaiah filled his first order, Madison’s bakery closed its doors. The closest stand-alone bakery still operating was 30 miles away.

“People were looking for stuff and there wasn’t a bakery anymore,” Isaiah’s mother says.

The orders for Isaiah’s cupcakes - baked and frosted in a variety of flavors - poured in.

He also filled a large order for the high school prom.

So many cupcakes, Isaiah wore out his mother’s oven.

Suffice it to say Odden and Zimbelman - Madison’s appliance store - made a quick sale.

His parents paid for the oven, but Isaiah is likely the only boy in Madison to have bought his own KitchenAid mixer.

“My sister actually had them for her graduation party two years ago,” Karly says. "Everyone kept going up to my mom and asking her, ‘Where did you get these cupcakes? They're so good.’”

It didn’t take long for word to spread. It didn’t hurt that Isaiah was also busy collecting champion ribbons at local fairs, in categories aproned-grandmothers are used to winning.

“It was a little nerve-wracking,” Isaiah says of his competition.

His parents support his efforts as much as they can. Dan and Cheri pay for Isaiah’s baking supplies - including those used to send the family to Disney World.

They consider it a small investment for the lessons Isaiah is learning. Already, he’s set a goal of one day going to culinary school.

More immediately, Isaiah has set his sights set on a pickup truck. He hopes to have saved enough money baking cupcakes by the time he can legally drive.

“I have a dream for a pickup truck myself,” Isaiah’s father says with a laugh. “But, he'll probably end up getting one before I get mine.”