More than 40 percent of Rush City's senior class will be going to college next fall for free, thanks to a generous local businessman. 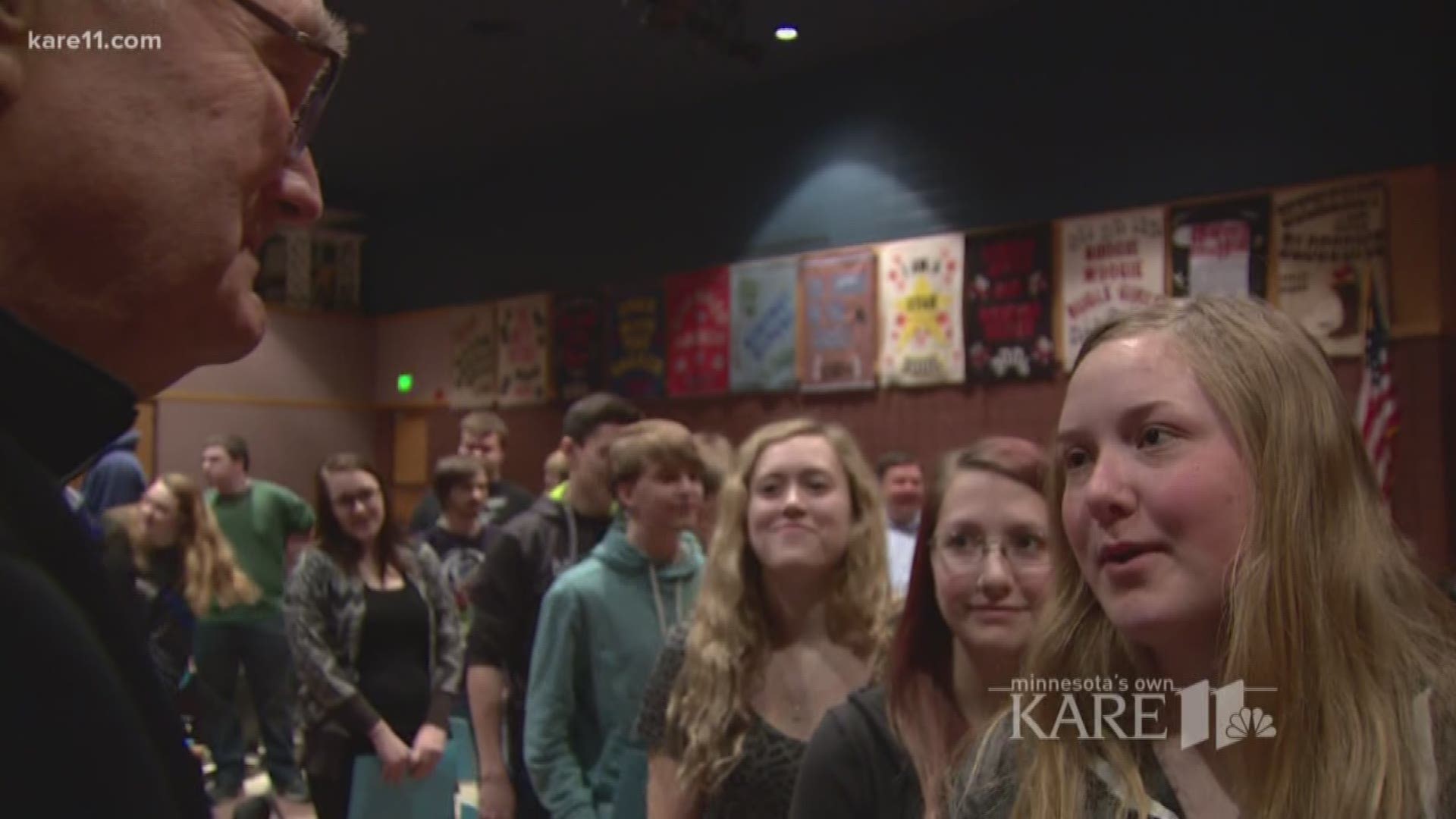 RUSH CITY, Minn. – The graduates at Rush City High School will have extra reason to smile as they receive their diplomas this spring.

More than 40 percent of the senior class will be going to college next fall for free, thanks to a generous local businessman.

“I thought it was the right thing to do,” Dennis Frandsen said. “I was able to do it and why shouldn't I.”

Frandsen’s offer is good at Pine Technical and Community College, a two-year school in nearby Pine City.

84-year-old Frandsen toured Pine several months ago, found himself impressed, and soon after came up with his free tuition idea. “I said, ‘Gee whiz, that’s what every kid needs when he gets out of high school.’”

Students learned of the offer in letters mailed to their homes.

“It’s too good to be true,” Rush City school superintendent Teresa Dupre said. “To have a full ride for anyone in the senior class is unprecedented.”

Dupre says at least 25 students will accept the offer, out of 59 graduates.

Senior Cecelia Peterson said the letter “didn’t seem real at first.” Once she verified the offer, Peterson decided, “I’d be stupid not to take this opportunity.”

Abbey Moe is among the students who have decided to complete their basics at Pine, then transfer to a four-year college later. She had previously planned to start school at Minnesota State University, Mankato.

“Obviously going for free is a lot different than spending $20,000 a year at Mankato,” Moe said.

Brody Wolf, on the other hand, had planned to skip college until Frandsen’s offer came along. Instead of applying for construction jobs, Wolf now plans to study welding.

“I really didn't want to go through school loans and paying all that off,” Wolf said. “It's huge, I'm so happy that this happened.”

Frandsen never went to college himself, having started a logging business when he was 17.

Not long after, wanting to expand, Frandsen sought a loan at his hometown bank in Luck, Wisconsin.

As Frandsen tells it, “So, I walk out of the bank and I said to myself, ‘Someday I'm going to own this bank.'”

Today Frandsen not only owns the bank in Luck, but 35 other banks.

Frandsen’s free tuition offer is not his first gift to Rush City. The local ambulance service is now housed in a repurposed airplane hangar Frandsen donated.

In addition to free tuition, Frandsen will also fund $1,000 in textbooks and supplies for students who accept his offer.

“I’ve never seen a gift this generous and this unrestricted,” said Joe Mulford, president of Pine Technical and Community College. “There’s a lot of students that are going to graduate from Rush City this year that are going to be the last first-generation college student because of Dennis Frandsen.”

He told students gathered in the school auditorium that a two-year degree can be the difference between a $12 an hour job and one that pays $25.

"I encourage you to take me up on the offer," Frandsen told the seniors.

Students then lined up to thank Frandsen for his gift.

Frandsen’s granddaughter, Christine Keegan, a teacher at the school, watched nearby.

“It does not surprise me that he would do something this generous,” Keegan said, “because he’s a very generous man.”

Before receiving Frandsen's letter, Senior Covin Bell wasn't sure how he was going to pay for college.

"It's almost like winning the lottery to me," Bell said. "All I can say is, thank you Dennis."