“I don’t even know how you could possibly calculate the odds of this,” mom says. 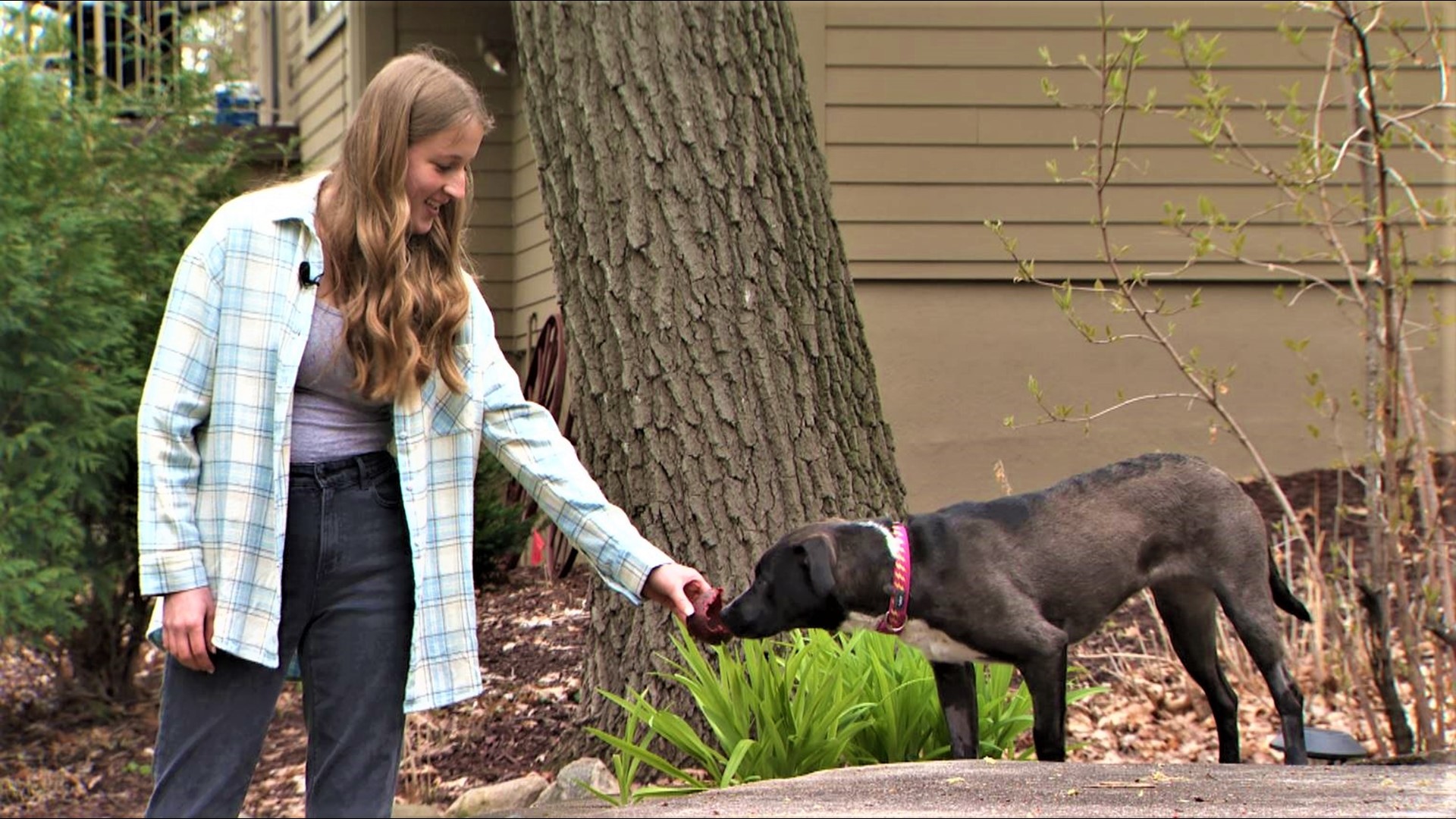 PLYMOUTH, Minnesota — Is the course of one’s life preordained — or just chance?

It’s a question Nicki Mikolai has been pondering since she and her 15-year-old daughter Avery took in a foster dog.

You'll learn all about Annie, a steely-eyed pit bull and husky mix. But first, let’s go back 15 years to 2006, when Avery entered the world.

“It was terrifying,” Nicki says as she pages through an album of her daughter’s first photos.

Avery seems lifeless in the pictures, connected to wires and a ventilator.

Four hours after her birth, Nicki's daughter was whisked away for emergency heart surgery at the University of Minnesota after a doctor's early diagnosis.

“He right away said, ‘We know what this is. It's pulmonary stenosis,’” Nicki says.

Nicki had never heard of pulmonary stenosis, a narrowing of the pulmonary artery that restricts blood flow.

Remember those stats as we fast forward back to teenage Avery, now in the midst of a global pandemic.

“When everybody was locked down, we started talking about the fact that it would be really fun to foster dogs,” her mother says.

Mom and daughter found a website for the canine rescue service No Dog Left Behind, where they spotted a photo of Annie, who’d been abandoned at a farm in Kentucky.

The dog had one known health issue: a heart murmur.

Then, days after arriving at her new home, Annie had a veterinary exam.

Nicki took the call from the vet’s office.

“They said, ‘Annie has two heart defects. The first one is pulmonary stenosis.’”

Nicki couldn’t believe what she was hearing. She laughed out loud before questioning the woman on the other end of the phone.

“She has pulmonary stenosis?” Nicki asked.

“Yes, she does,” the vet tech responded.

“So does my daughter,” Nicki informed the woman.

“I don’t even know how you could possibly calculate the odds of this,” Nicki says.

Same diagnosis and, also, the same fix: a balloon valvuloplasty to widen out Annie’s narrowed pulmonary artery; the same surgery Avery underwent as an infant.

“My mind was just blown,” Nicki says. “Couldn’t believe it.”

Annie’s surgery took place last month at the veterinary hospital at the University of Minnesota.

“That's just when you kind of know it's meant to be and that we had to keep her,” Avery said.

The adoption papers were signed by the time Annie came home after surgery.

“She was officially ours,” Nicki says. “Adopted.”

Not long after, Nicki photographed Annie resting her head on a heart-shaped pillow Avery had been given during a hospital stay for her most recent heart surgery.

“I couldn’t believe what I was seeing,” Nicki says.

“I think it's really nice that she's able to support the dog, and the dog clearly supports her as well,” Cortez say. “I think it's very wonderful actually. Very sweet that they found each other.”

Nicki has chosen the former.

“That's just not a coincidence,” she says. “I just think this was completely orchestrated by God and he might as well have come to the door and said, ‘Here is this dog for you to love.’”

Avery will leave questions about the randomness of life to her mom. Why it happened, is less important to her than the fact that it did.

“I just think like she's my dog and I'm happy to have her,” Avery says.