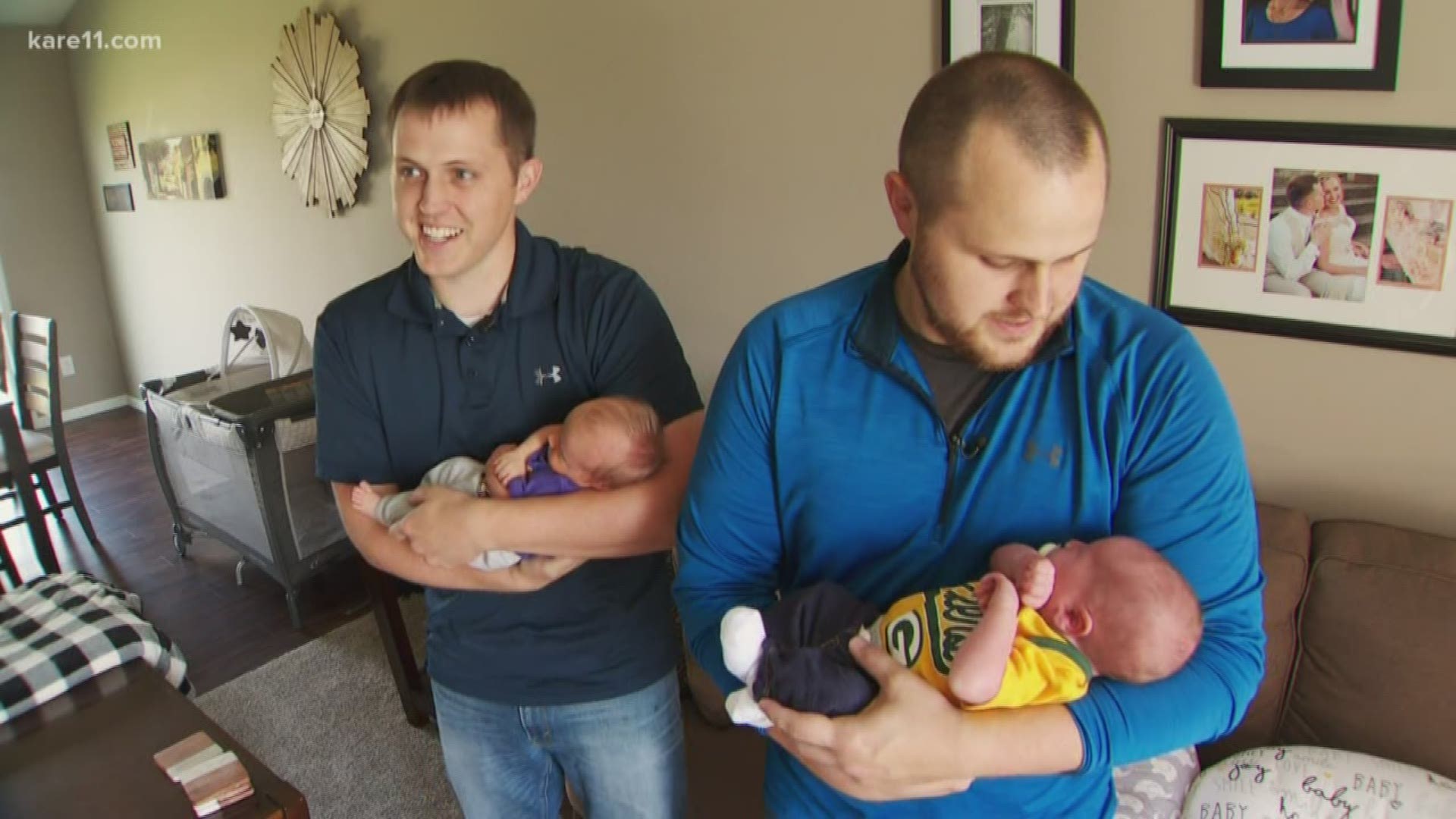 They now have something else in common.

The babies’ due dates were five days apart.  But the new cousins had other plans.

“I got a text from Pat saying, ‘Just letting you know we're at the hospital,” Paul says.

Pat laughs and adds, “And then he texted me back and said, ‘So are we.’”

“I was racing back and forth between the hospitals,” Tammy Young, the twins’ mother, says.

Jack arrived at 6:01 p.m., but Cooper held out.   After his mother spent 30 hours in labor, it looked like Cooper might make his appearance the next calendar day.

“Every time I'd go through a set of three pushes, everybody would look up at the clock,” Felicia says.

“I always kind of thought, or knew, it was a possibility,” says Paul, “but I didn’t expect it to happen.”

Pat and Paul have plenty in common, including their occupations.  Pat is a police officer in Cottage Grove, while Paul is a detective with the Hastings Police Department.

They do not, however, share common ground when it comes to football.  So, Cooper sports a Packers onesie, while Jack is dressed in Vikings purple.

Tammy sits in a rooking chair, a grandson in each arm.

MORE: Lake Phalen's 'Butt Man' is on a mission